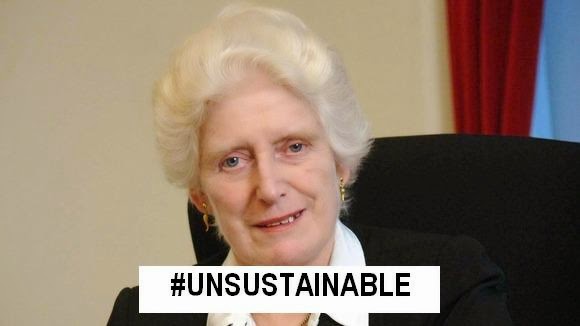 Baroness Butler-Sloss has stepped down as chair of the inquiry ordered by David Cameron into allegations of historic child sex abuse within the political establishment.

Having previously declared she won’t be going, public opposition became so strong she has been forced to fall on her sword and resign.

She said, “It has become apparent over the last few days, however, that there is a widespread perception, particularly among victim and survivor groups, that I am not the right person to chair the inquiry.”

While 10 Downing Street sources maintain David Cameron was right to appoint her by saying, “The Government's view hasn't changed, that she would have done a first-class job as chair,” the fact by her own admission that, “I did not sufficiently consider whether my background and the fact my brother had been Attorney General would cause difficulties,” raises the obvious question of why David Cameron choose her in the first place.

The only logical answer is that David Cameron wants to both appease public opinion with an inquiry, while at the same time protecting his own reputation and the reputations of up to 40 other active paedophile MP’s operating now.

SOUND-BITES OF THE DAY.

THEY ARE ALL IN IT TOGETHER.

Ending her resignation letter by acknowledging the alternative media’s campaign highlighting her unsuitability to the job, Baroness Butler-Sloss said:

“Having listened to the concerns of victim and survivor groups and the criticisms of MPs and the media, I have come to the conclusion that I should not chair this inquiry and have so informed the Home Secretary.
I should like to add that I have dedicated my life to public service, to the pursuit of justice and to protecting the rights of children and families and I wish the inquiry success in its important work.”

WHICH LEAVES THE OBVIOUS QUESTION; WHO’S NEXT? 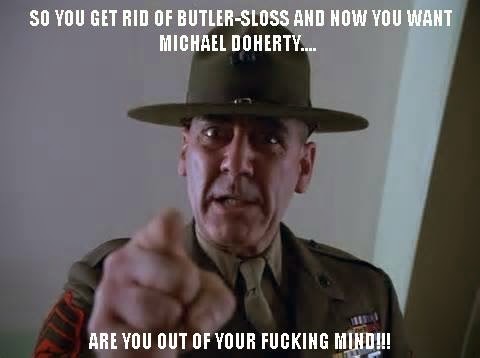 With a number of popular names in the hat, the alternative media are struggling to come up with one name to please all.

The obvious choice was Michael Doherty, a crusader against paedophilia, who started an on-line petition calling for the inquiry panel to be made up of ordinary members of the public.

Highlighting divisions and allegiances within the alternative view community, opposition to Michael Doherty being proposed as chairman of the inquiry panel was met with fierce rebuke by Harry Blackwood in particular, a respected journalist and truth crusader who said:


“I've seen millions of stupid comments on Twitter and FB but this one is the most ill-conceived, fucking stupid, nonsensical pile of bilge ever. Michael Docherty yeah right. Maybe he can have his thug mates sitting on the committee with him. He's a fucking bullshitting conman.”

“GIVE YOUR FUCKING HEAD A SHAKE.”

To which Michael Doherty responded:

“Harry Blackwood, is still sore because I blocked him after his repeated warning to stop being abusive to people.
That led to Harry, ranting and ranting on. It would appear that Harry has now resorted to personal attacks. Though do note how Harry has misspelled my name with a 'c'.
Now if Harry is claiming that I am a conman, I am more than happy to issue defamation proceedings against him.
Harry, are you going to retract your slur, or shall we take the matter to court?”

Underlying a long-standing dispute between both parties, Michael Doherty and Harry Blackwood are left exchanging profanities to each other like: 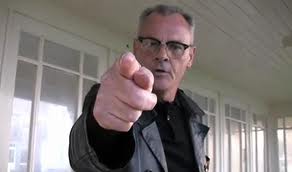 WHILE THE REST OF US SPECULATE WHO’S NEXT?


Other names being mentioned are on-line journalists and crusaders Chris Spivey and Bill Maloney, while the Conservative MP of Chichester, Andrew Tyrie has also been mentioned due to his job of bringing transparent to what Martin Richard’s did while Chief Constable of Sussex Police.