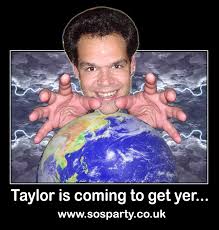 Check him out at https://matttaylorwriter.wordpress.com/

Posted by Guerrilla Democracy News at 04:55 No comments: 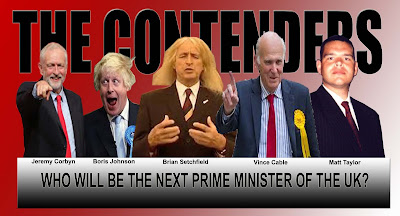 MOAI KING WILLIAM IV Party leader Matt Taylor has insisted he is a credible candidate to be the next Prime Minister. Despite coming last in the 2015 Brighton Kemptown general election with just 69 votes, Taylor said he could replace Theresa May in 10 Downing Street.

The Moai King William IV party leader told BBC One’s The Andrew Marr Show, “I think its perfectly plausible, actually, as leader of Britain’s newest political party, my job is to be the alternative Prime Minister.

Championing the forgotten memory of King Arthur II and representing the surrogate King William IV, John Wanoa from New Zealand, Taylor said, “I think British politics is in a remarkable state of disaster. You have got the Conservative party committing false flag events, while fleecing the British public dry. You have got a Labour party of wolves in sheep clothing and the Liberal party lead by a granddad.

“I, and the Moai King William IV party, are the real alternative.”

Asked if the Moai King William IV party is a credible political party, Taylor said, “If British party politics starts to break down, if the traditional structures start to break up, and that could well happen, we are perfectly positioned with amazing and wondrous policies guaranteed to save the nation.

He also attacked the Queen Elizabeth II branding her a ‘miser,’ for doing nothing to address the abstract poverty in her Kingdom. He said, “I’m a King’s man and my Kings are John Wanoa and King Arthur II.”
Posted by Guerrilla Democracy News at 06:51 No comments: