At approximately 18:33hrs on Saturday 3 December 2022, while at my girlfriend's place, serving up our evening meal before the World Cup game between Argentina and Australia, I received a Private Numbered call, which upon answering was a female police officer from Brighton's police station.

I was informed that there had been a complaint of Malicious Communications made against me by a particular individual, and that I was to not mention the individual's name online

It was explained in the clearest of terms that the particular individual had been told not to mention my name online too.

Knowing the pattern of these malicious and frivolous complaints being made against me, I asked the officer what I should do, if the particular individual mentioned me online, to which the answer was to screenshot the comment and contact 101.

At about 21.15hrs later that night on YouTube, a content thief who I know to be James M, premiered a video featuring East 17 Superstar Brian Harvey and his glamour model girlfriend Nikki Lee.

In the chatroom, the particular individual, who was specifically told by Brighton police NOT to mention my name, made the following comment.

A report has been submitted to 101, and I await further instruction and action.

Posted by Guerrilla Democracy News at 01:09 No comments:

What will I be doing this Christmas?

Well, thanks for asking! 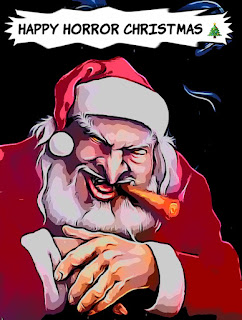 Of the last three Christmases, I been arrested two of them.

Around December 2020, the 18th to be exact, I was arrested for allegedly taking three teenage boys into the woods to have sex with, after showing them videos of babies being beheaded!

As what happened on the 18 November 2022, all my computers equipment was taken, including my Sky Internet router and PlayStation4.

I remember with clarity standing outside The Bevy pub in Moulsecoomb on a cold Christmas morning, using the pub's free WiFi to Facetime with my kids.

Humiliating doesn't come close to it.

Apologising to my children that I couldn't see them in Christmas Day because I had been accused of the most despicable and revolting crimes any man could ever be accused of committing.

It took the police a year to come to the conclusion that there was absolutely no evidence to prove I took three teenage boys into the woods to have sex with, after showing them videos of babies being beheaded.

Eventually all my property was returned, with a crack across my Mac Desktop screen for good measure.

Now I'm living through the experience again, having been accused of Stalking with Violence.

Again, another frivolous and malicious allegation against me, the second in three years, has resulted in me being brutally arrested and my equipment seized.

With my Sky Internet Router and PlayStation4 taken again, I'm left with no entertainment across the Christmas festive season.

It's damn lucky that I'm an avid reader and have plenty of books to keep me engaged and enlightened.

But all frivolity aside, I'm going to be depressed as fuck this Christmas because, again, I've got a huge shadow hanging over me, reminding me that I am NOT worthy as my fellow man.

My fellow man can harass, intimidate and violate me with ease and without consequences.

But yet, I cannot defend myself against lies and slander, in fear of numerous thugs storming into my home, taking what they want, bundling me into a police van, and throwing me into a police cell with no further explanation or assurances of what will happen next.

It's fair to say that Christmas now brings with it the dreadful specter of horror and violation.

I'm unable to celebrate Christmas as I once did, because of the constant and overwhelming fear of having my home invaded, of being kidnapped and thrown in a police cell for hours if not days.

Posted by Guerrilla Democracy News at 06:33 No comments:

Nearly two weeks after having my home stormed by six thugs in black, having all my worldly digital property seized, thrown in a police cell for 15 plus hours and accused of Stalking with Violence, I have now been cancelled, after a second Copyright Strike against my King Arthur II TV! YouTube channel.

Binning hundreds of hours of original YouTube entertainment, (which you wouldn't find anywhere else in the whole wide Galaxy), I'm again reeling after what seems like my tenth YouTube channel being cancelled, following malicious and frivolous copyright strikes, made by a particular individual whom I am not allowed to name!

Gagged from revealing the identity of the individual who's accused me of Stalking with Violence and who made the Copyright Strikes, due to bail conditions, my Fairuse Rights have been now abused alongside my Human Rights.

I AM A VICTIM OF CRIME AND HAVE NO ONE TO TURN TO FOR HELP!

On the verge of securing £200 million investment from the Saudi Investment Fund, I am posed to start construction of the King Arthur II TV/Film Studios, here in Mouslecoombe, built with Michael Reynolds Earthship Technologies, creating a New Camelot on the outskirts of Brighton.

Enticing me to beg forgiveness via emails through a third party, the particular individual making these false allegations against me, is free to boast of his achievements, to his fellow Satanic Temple members.

I am now left dazed and confused as to where I can go for JUSTICE!

Posted by Guerrilla Democracy News at 05:32 No comments:

This isn't the first time Sharon Gale has humiliated me.

Posted by Guerrilla Democracy News at 04:23 No comments:

Evening Chat with Matt The Twat!

Watch on YouTube: Evening Chat with Matt The Twat! 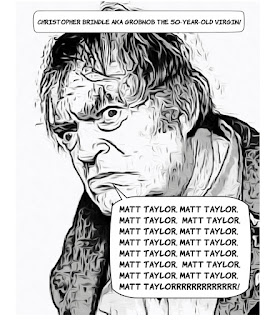 WE ALL LOVE ❤️ GROBBY! 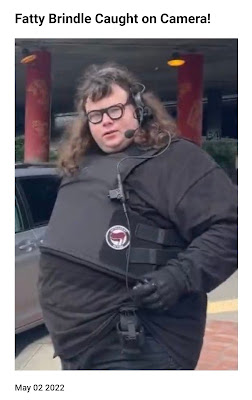 Posted by Guerrilla Democracy News at 16:17 No comments:

We have seen recently how well known personalities in the UK's pathetic Truth Community, twist the narrative to their own nefarious ends.

For example I've had personal experience of this, when I invited certified psychopath Paula Mann, (real name Cliff,) to come and stay with me, because he was sleeping in a public toilet.

While Cliff had no real intention of ever taking up my offer, he did twist the narrative, to imply that he was the wronged party, because I failed to meet him at the agreed time.

Cliff twisted the narrative by deleting certain comments which painted a different picture, to the picture he was selling to his audience.

We have also seen this with the Brighton based satanist James Hind.

Vilified by many in our crazy corner of YouTube, James Hind attacked a survivor of SRA by implying she had posted a picture of a new born baby with an erection.

Disgusting, vile and perverted as it sounds, James Hind sexualised a picture of a new born baby, and then twisted the narrative, to imply I was sharing a naked picture of a child.

Twisting the narrative has now become the norm.

Posted by Guerrilla Democracy News at 01:25 No comments:

Latest News from the Resistance! 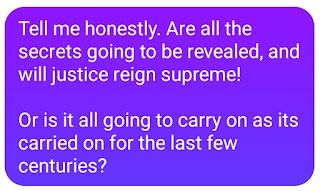 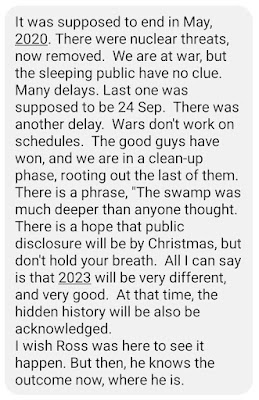 Posted by Guerrilla Democracy News at 23:57 No comments: