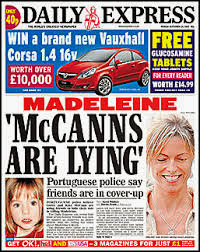 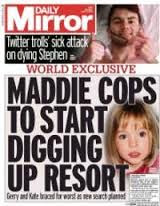 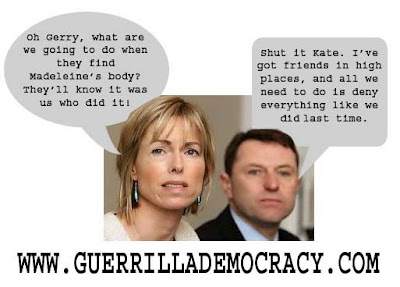 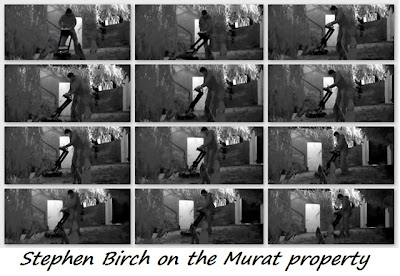 Posted by Guerrilla Democracy News at 11:28 No comments:

Is this the most controversial article ever published?

Posted by Guerrilla Democracy News at 14:15 No comments:

Top You-tube Hits with over 1000 views

Posted by Guerrilla Democracy News at 12:48 No comments:

Blogger in Need - A Special Appeal by Matt Taylor

No one likes to be silenced, ignored and put into a corner!

I've been blogging since 2012 and across my three top blog platforms, I've attracted over 3 million views, having posted about 2,000 blogs. A top writer in the alternative media, I'm making my own contribution in bringing the sick and evil regime which controls our lives, to it's knees.

Which brings me to my Blogger in Need Appeal

Sussex Police in conjunction with Katy Bourne, their Police and Crime Commissioner (PCC) have banned my blog on grounds of harassment.

Nothing could be further from the truth

It all started when I called Katy Bourne a liar. Which is my God given right to do so, considering on the day before the 2016 PCC election she wrote on a sponsored Facebook post; that she's never "claimed for expenses during her term in office."
I know its a blatant lie because her office publicly published her expense claims which shows that she had indeed claimed expenses while during her term in office.

What would you have done?

Katy Bourne is paid £85,000 a year to hold the Chief Constable to account, to set the police priorities and to administer a £250 million budget. Can she be trusted with this immense responsibility while she lies about £385 worth of expenses?
According to the official definition of harassment, anyone can call another person a liar if;

I tick all these boxes...

Its the truth, so much so that the Independent Police Complaint's Commission (IPCC) have launched a criminal investigation into Katy Bourne, which is on-going and is expected to report it's findings soon.
Its in my honest opinion because when I first discovered Katy Bourne had claimed expenses, (after promising the public she wouldn't), I wrote her an email highlighting this error, to which she acknowledged her "error" and refunded a £322 train fare to Birmingham.
I'm exposing a crime, because as the IPCC investigation acknowledges; to make a false statement to influence a PCC election is a criminal breach of s106 of the Representation of the Peoples Act 1983.
As I've made clear on many occasions. I have not harassed anyone. I have simply delivered an extra layer of public scrutiny, which Katy Bourne welcomed when she pledged her Oath of Office.

This isn't about me, its about victims of police crime

Since taking on the mantle of Shadow Sussex Police and Crime Commissioner (SSPCC) following the election of Katy Bourne in 2012, many people have approached me with their stories of police corruption; which have all been chronicled and reported on the SSPCC blog platform.

The fact that my blog has been banned, means that these stories have been banned too.
My SSPCC blog was originally banned in July 2016; but I successfully argued for it to be reinstated due to the IPCC investigation, which vindicated my claims Bourne lied to the public.
Now rather than approach me personally, Bourne, the Police and Mark Streater (her number one) prefer to complain about me behind my back, and use more devious means to silence me.

You wouldn't be surprised to learn that the 24 cases of misconduct Streater investigated in relation to Sussex Police; he found all 24 cases to be 'unsubstantiated,' requiring no further action.
I think he banned my SSPCC blog in July 2016 because he knew the IPCC were about to launch an investigation, and the publicity their announcement would bring, would entice the public to Google Katy Bourne, which would show up the hundreds of blogs I've written about her; and as a result would cut short her fledging career.

In-fact since the announcement was made by the IPCC, dozens of news outlets reported on it, including the BBC, Sky News and the Police Oracle; not including the dozens of Sussex based newspapers and on-line magazines.
Its interesting to note, that many of these articles have now been removed. As one member of the public points out:

All and any mention of Katy Bourne has been wiped clean from the UK Blasting News platform, leaving the BBC the only one whose article remains.

Since getting my blog back up and running, I thought I'd won and that it'll be the end of it...
Hence I posted a further three blogs calling into question the involvement of Sussex Police in the 2015 Shoreham air-show crash and the 2016 Camber Sands tragedy.

While some people, like Andy Morton for example thinks it's best to 'simply' label me a 'crackpot conspiracists' and deny me the 'oxygen of publicity'; the truth remains that I'm flagging up pertinent and important issues.

Using underhand techniques to silence me will back fire.

I need everyone who reads this to share it, please. We need to show Sussex Police that banning any blog (which criticises their actions) is not acceptable.
Once we lose our freedom of speech and expression, then we have lost our Soul. Our essence of being and our reason for being.
I blog about Katy Bourne and Sussex Police because I am seeing glaring discrepancies in what they do and say; which other journalists aren't picking up on.
I still find it unbelievable that I'm the only person in Sussex to pick up on her expenses discrepancy.  The so-called Fourth Estate is failing in it's duty to hold elected officials to account.