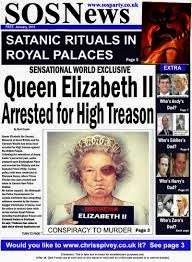 Matt Taylor, the independent candidate and favourite to win the Brighton Kemptown election in 2015, has been confirmed as the 61st person to volunteer to receive training to become a Common Law Court sheriff/peace officer.

Having served as a Royal Military Policeman in Her Majesty’s Armed forces for 5 years between 1996 to 2001, Matt Taylor is committing high treason against the Queen by publicly aligning his to loyalty with the International Common Law Court of Justice (ICLCJ), in Brussels.

He said, “There is no turning back and I have no regrets. Our Queen has been found guilty of Crimes against Humanity by an internationally recognized Common Law Court and I for one cannot ignore the evidence any longer. The Queen has a case to answer and her continuing silence only reinforces her guilt. I have been left with no alternative but to apply to become a Common Law Court sheriff and take the Law into my own hands.”

Confirmed by George Dufort, the Secretariat of the ICLCJ as the 61st person to apply, Matt Taylor will attend a three week long workshop commencing May 19, to prepare for a historic summer campaign to enforce the arrest and seizure warrants of the Court against convicted criminals of church and state, including Queen Elizabeth II. 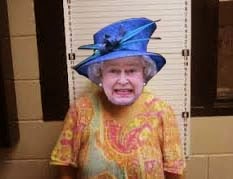 Following The Easter Maastricht Proclamation that nullified the laws and authority of the Church of Rome and its corporate subsidiaries, the newly trained Sheriffs/Peace Officers will be tasked to enforce the lawful annulment of these corporate bodies in at least nine countries by undertaking:

1. The arrest and imprisonment of the convicted fiduciary officers of the Church of Rome and of England, along with their accomplices and other criminals;

2. The seizure and public expropriation of the property and assets of these churches, and their re-establishment as public space serving the community, and

3. The re-consecration of these former churches as entirely congregational, self-governing bodies under public, common law authority. 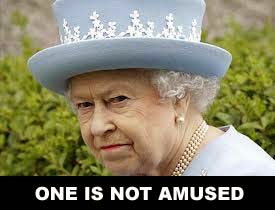 To apply for participation in the Common Law Officers’ Training Program, contact the Secretariat at itccscentral@gmail.com , and consult the Common Law Training Manual at:

THE EVIDENCE AGAINST CHURCH & STATE.

See the evidence of Genocide in Canada and other crimes against the innocent at www.hiddennolonger.com and at the websites of The International Tribunal into Crimes of Church and State at www.itccs.org .

An International, multi-lingual ITCCS site can be found at: http://kevinannettinternational.blogspot.fr/

The complete Common Law Court proceedings of Genocide in Canada are found at: