THE UGLY SIDE OF FOOTBALL. 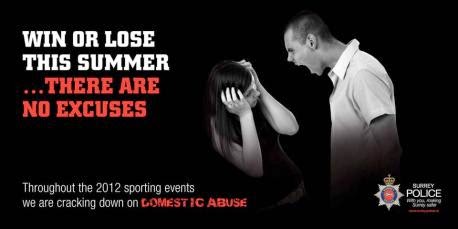 Sourced from The Argus by Gareth Davies.

Sussex Police will have officers on hand to deal with World Cup domestic violence.
Tuesday 10th June 2014 in News By Gareth Davies.

POLICE PREPARE FOR INCREASE IN DOMESTIC VIOLENCE AS WORLD CUP KICKS OFF.

Police are planning for an increase in domestic abuse incidents as the World Cup kicks off.

Officers will be specifically tasked at peak times during and after England matches to help protect victims and families from abuse.

During and after the four matches England played in South Africa during the 2010 World Cup, reports of domestic abuse increased significantly.

The evening of the first game saw 27 reports compared with 16 on the same day the previous June. Alongside their response role, the officers will be kept up to date about previous or likely victims who may be particularly vulnerable, and about suspected or proven offenders who may pose a higher risk.

They will proactively visit individual victims and offenders in appropriate cases. In addition there will be teams of specialist investigators to carry out further enquiries.
Detective Superintendent Paul Furnell of the Public Protection Branch said: "The patrolling units will help provide a prompt response to domestic violence incidents, and officers will be equipped with video cameras to help secure vital evidence.

"For the vast majority of people who watch matches and support their national teams the games are enjoyable events that draw people together.

"But for a small minority football provides the catalyst for alcohol abuse and violent behaviour, which can be particularly dangerous in some relationships.

"We also work with a variety of other support agencies to tailor safety plans for victims at high risk of serious harm.

"The police response aims to prevent abuse where possible and deal robustly with any offenders committing crimes against partners and family members. 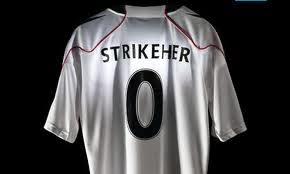 "If domestic abuse is happening to you or someone you know, seek help from the police or one of the local dedicated domestic abuse services in Sussex.

"Anyone aware of danger of harm to an adult or children within a household can ring the police on 101 at any time. In an emergency dial 999."

Sussex Police and Crime Commissioner Katy Bourne is backing the initiative: "Factors such as increased alcohol consumption and heightened emotions like celebration and rivalry during major sporting events can lead to unpleasant situations, particularly when expectations are dashed.

“That's not blaming football, but there should be no excuse for domestic abuse, at any time.

"Sussex Police is committed to tackling domestic abuse effectively and this is set out as a key priority in the Police and Crime Plan and the Force's Operational Delivery Plan.
"This further drive should serve as a warning to potential abusers and give victims confidence that the police do and will continue to act on reports of domestic abuse."

The force is also introducing tomorrow - the first day of the World Cup - further new protection arrangements for victims of domestic abuse following a successful pilot of the scheme in three other force areas.

Sussex Police and partners have an ongoing campaign, including advertising and local events, aimed at encouraging all victims of domestic abuse to report incidents earlier before the abuse escalates, and at raising awareness of White Ribbon UK, an international organisation working to involve men in opposing violence and abuse against women.

Police are urging people to either get in contact with their local force or a number of services if they feel they, or know someone that could be, under threat of abuse.

Posted by Guerrilla Democracy News at 04:57