THE QUEEN: WHAT CAN YOU GET FOR A WOMAN WHO’S GOT IT ALL? 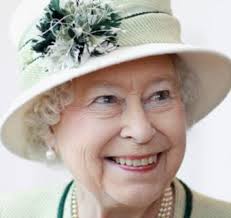 This is the question the Windsor royal family found themselves asking as they considered what to get The Queen for her official 88th birthday.

What can one get one who has it all?

Lavished with a purpose built Doll’s House as a child, The Queen has enjoyed a life-time’s worth of the finest birthday presents a parent can give a child.

But what can one get for a woman who’s had it all?

Perhaps the head of her greatest enemy and nemesis served to her on a plate? 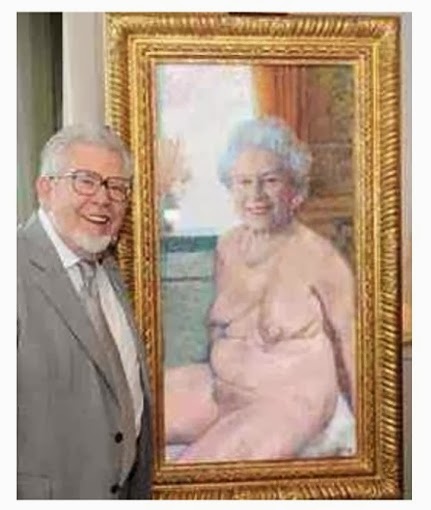 Being a convicted criminal, The Queen is no stranger to the seedier side of life. Routinely knighting known paedophiles such as:

She would appreciate the gesture and opportunity to smile at the face that’s brought her so much stress and strain.

GREG HALLETT IS THE QUEEN’S GREATEST ENEMY AND GREATEST NEMESIS.

What more a fitting present for The Queen of England than the head of her greatest foe on a plate. 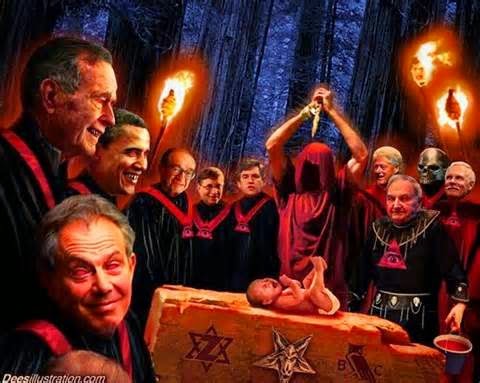 Probably picked up a week before and kept a secret location, Greg Hallett would have been the 33rd guest to join 32 royal family members in a private 88th Birthday Satanic Ritual dedicated to The Queen.

Friday the 13th; lucky for some, unlucky for others.

No wonder The Queen looked radiant and beaming with delight the next day as she watched the Trooping the Colour event.

The Red Arrows left trails of red, white and blue smoke in the sky as a smiling Queen Elizabeth waved to the crowds, while Prince Philip was in jovial spirits as he recalled the previous night’s events animatedly chatting to his grandson Harry.

Days later she joined her most noble Knights at the Knights of the Garter event.

Recipients of the Knights of the Garter are chosen because they kept The Queen’s secrets secret while in public office, while contributed to national life or having served the sovereign personally.

This year’s newly installed members were Mervyn King, the former governor of the Bank of England and Eliza Manningham-Buller, ex-head of MI5. 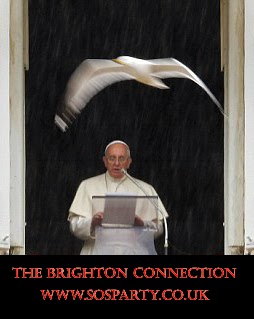 A PRESENT FROM THE POPE.

What could Pope Francis give a woman who has everything she wants?

The Swiss Guards would have provided security for The Queen’s 88th satanic ritual.

Tracing their roots back to the Swiss Inquisition of the 12th Century, they would have been the perfect choice and a worthy birthday present for The Queen.

WITH THE DOORS SHUT, THE SWISS GUARDS ON PATROL, THE FUN COULD BEGIN.

The Queen may have been lead blind-folded to Greg Hallett stripped to his waist, either strung upside down on a crucifix or strapped to an alter;

A proud son may have said, “Wait for it mummy, you are going to love what we’ve brought you.” 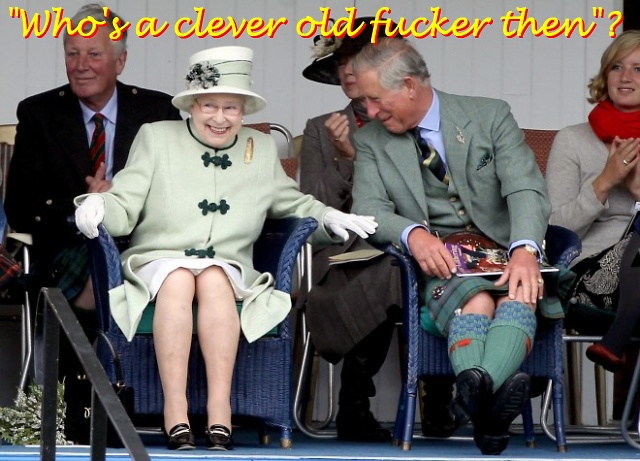 Removing her blindfold to rapturous applause, The Queen would gasp in delight and giggle like a little girl as she sees her most hated nemesis looking back at her with fear in his eyes.

“Oh goodie, you’ve brought me Greg Hallett. Oh this is the best birthday present one could ever wish for.”

Handed the ceremonial dagger with the sharpness of a scalpel, The Queen may have laughed in ecstasy as she cut the star of David into Greg’s chest. She would have shivered in excitement as she invited her family to step forward to defile Greg’s body as they see fit.

They would fall silent as the dark mass climaxes and watch transfixed as The Queen tops of her birthday present, by slicing his throat and catching his blood in a chalice, to share it around her family.

Greg Hallett’s body would never be found because the royal family ate it!

What better present for a Queen.


R.I.P Greg Hallett, your murder will be avenged…