First they came for Press TV, and I did not speak out-
Because I was not Iranian.

Then they came for RichPlanet TV, and I did not speak out-
Because I was not a Conspiracy Theorist.

Then they came for UK Column, and I did not speak out-
Because I was not a Truther.

Then they came for me- and there was no one left to speak for me.

CENSORSHIP – HERE IT IS FOLKS. The opening blows of the government’s fight back against the AV community has started with the pulling of UK Column News from broadcasting live on the internet.

The AV community was caught unawares as the regular intro of The UK Column New Live show was rudely interrupted, as if a record had been changed, to fill the screen with the message:

The UK Column cannot bring you any news today.

According to ATVOD, the “authority” for television on demand, the UK Column has been producing “television like” programming and is therefore required to be regulated.

As a result, all video on demand content where the UK Column has had editorial control has been removed from the internet.

We will be back tomorrow (Thursday 26th June), live, at 1 pm with full details. 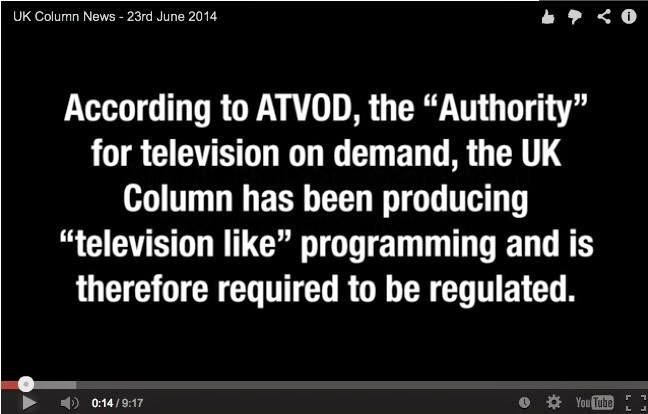 While Mike Robinson neglected to turn the volume up, leaving a stunned audience watching the Plymouth harbour in silence; the enormity of the situation was just sinking in.

Patrick Henningsen, an expert on geo-politics and a regular on the UK Column show was the first to respond.

UK Column is shutting down! British Gov't has threatened UK Column with 250K in fines to regulate their YouTube channel, govt now claiming YouTube is "video on demand". Everyone talks about "when the shut down the internet" - and here it is, govt regulation of YouTube content! Please get behind them in this fight...
Michael Doherty, showed his support soon after:

DANGER ALERT: UK Column has been 'taken down' on the order of OFCOM for being 'too much like a TV station'.

1. Guy Taylor's recent contributions and
2. My interview with UK Column where I spoke about; 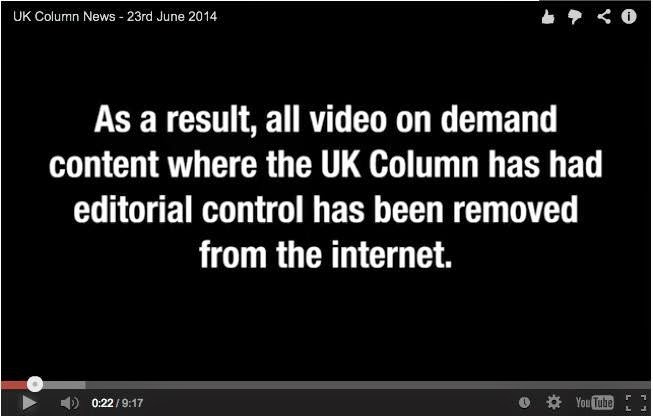 ATVOD ARE THE AUTHORITY FOR TELLY ON DEMAND!

Claiming the live show which UK Column hosts daily, is the equivalent of some kind of television on demand, ATVOD are insisting UK Column adhered to the same rules as terrestrial TV and pay a ridiculous amount of money to carrying on broadcasting.

HANDING OVER TO KEV BAKER, HOST OF THE KEV BAKER SHOW TO UNDERSTAND THE NEWS.

“UK Column is the UK version of info wars. A Truther site. If you don’t stick up for them, who is going to speak up for you when they’ve gone?” 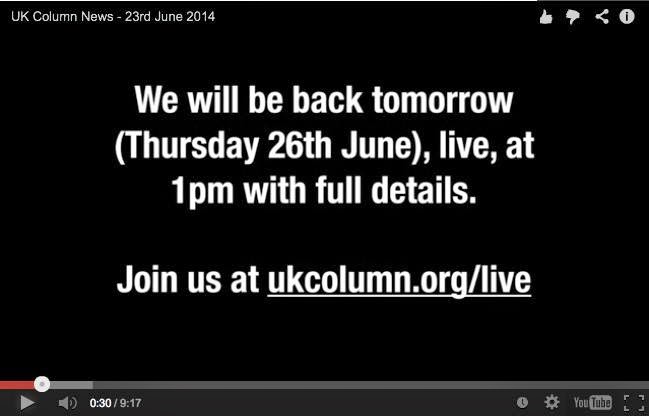 “For anyone out there who doesn’t really know what the UK Column is, Brian Gerrish, Louise Collins, they basically run in my opinion a kind of quieter UK version of INFO-NEWS. Its not quite as brash, its not quite in your face, but they do absolutely brilliant work. They put on a daily show with guests such as Patrick Henningsen and others of the kind, probably usually found over on info wars as well.

They are a truth site folks, so if you are a truth out there you really need to get behind them. Even if you have never watched them, if you don’t get behind them then who is going to speak up for you when they come for all of us?”

“We need to start getting behind UK Column.” 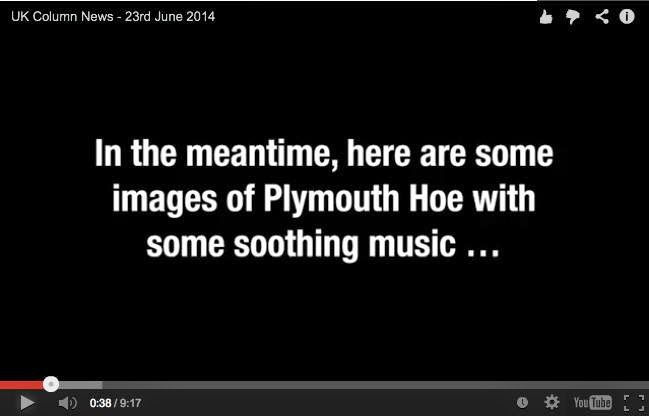 Like Patrick Henningsen says, “We are always talking about when they would shut us down; they’ve just taken a major step towards that.”

While the enormity of UK Column being taken off the air may not at first be appreciated, the implications are very clear. Crystal Clear!

Back to Kev Baker who sums it up perfectly:

“Folks – This is a RED ALERT because this is just a beta test. If they manage to get away with this without enough people causing a fuss over it, then it won’t be too long before all the videos on Youtube are just fat kids burping and dogs doing random tricks.”

Make no mistake. This is the opening shots by a fascist government to get rid of the likes of:

We can hear Alex: G’s catchphrase in the ether, “They wouldn’t do that; would they?”

With the AV community mobilizing it’s troops the fight-back begins: 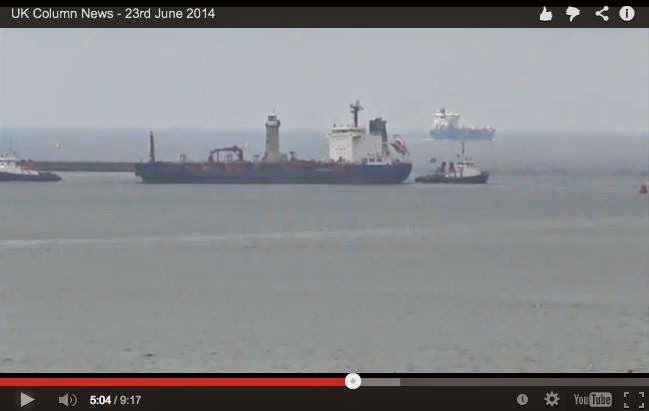 Here is what we can all do:

This is a major step in shutting down free speech for all of us.

“Patrick Henningsen has agree to come onto the show tomorrow night at midnight. Patrick WOW, what a researcher.

Talking about whats happening with:

Something to look forward to folks.