MATT TAYLOR ACKNOWLEDGED HAVING A RIGHTFUL CLAIM TO BRITISH THRONE.

“There is the Taylor’s, Matt Taylor, he’s got a claim for Monarchy as well, and I acknowledge that with him being an ex-criminal detective, which I’m going to meet when I goto London.”

“The only way to oust the Queen is to be a monarch yourself.”

John Wanoa has put forward his own nomination for King of England citing the truth that, “I’m a monarch of the native side of the Royal family, MORIORI PUPONGA MANUKAU HAPU and KAI-PARAPARA HAPU of RAKI.”

With the number of claims against the British Monarchy raising on what appears to be a daily basis, the future of the Windsor Royal family is looking shakier than ever.

Read more: The Windsor Royal family will end in 2016.

Other claims to the British Monarchy include:

With the recent abdications of the Queen of the Netherlands and the King of Spain, pressure is mounting against Queen Elizabeth, (a convicted criminal in the eyes of the International Common Law Court of Justice,) to fall on her sword and abdicate to save herself from any future criminal action and sentencing. 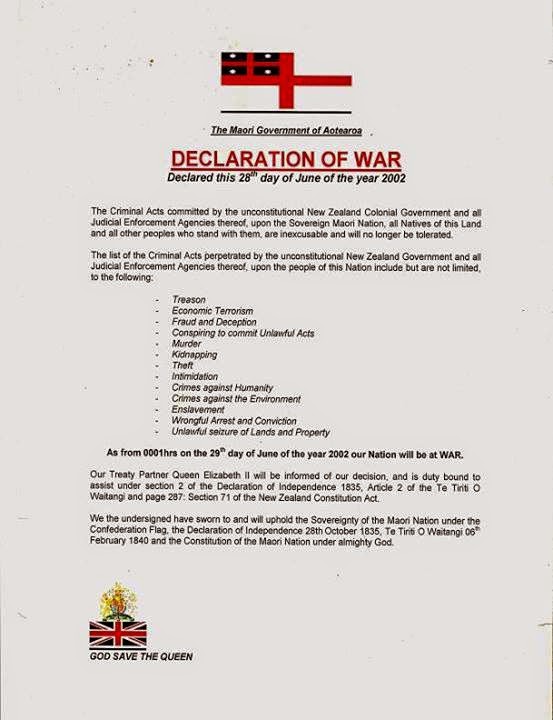