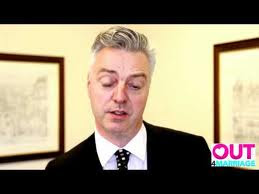 Following the shocking investigation of MP’s toilets by the Sun newspaper, where traces of cocaine where found; a constituent in Brighton invited his MP, Simon Kirby to take a drugs test to determine whether he snorted cocaine in private MP’s toilets, with his partner in crime, Philip Davis, MP for Shipley in Bradford.

Matthew Taylor, who intends to stand against Simon Kirby in the next general election, sent him an email on the 16th July 2013 which read:

Dear Mr Simon Kirby,
As you may have heard, traces of Cocaine have been found in the toilets of Parliament.
As a constituent of  Kemptown, I am shocked and appalled.
I have recently purchased a cocaine drug detection kit and invite you to take, said drugs test, to determine whether you take cocaine, which you know is against the law to do so.
I wish you take the test on a Friday.
I hope this meets with your approval and that you consent to a drugs test being taken.
I am happy to travel to your location to conduct it.
Many thanks for your time.

It’s now been over two weeks and he hasn't replied. Which is unusual because his secretary has always been quick to.

As a consequence, Simon Kirby has failed his drugs test by refusing to take it.

Matthew Taylor, who previously stood as a candidate for the Sussex Police and Crime Commissioner elections in 2012 says, ‘Simon Kirby is unfit to be Brighton Kemptown’s MP and I intend to bring him down.’

‘I’m getting ready for 2015 and campaigning starts now.’
Posted by Guerrilla Democracy News at 13:24