Ben Fellows, the self proclaimed investigative journalist and filmmaker, who recently made accusations against Ken Clarke MP and ‘others’, such as Sir Andrew Lloyd Webber, for being paedophiles and child abusers, has been arrested by British Police for ‘Conspiracy to pervert the course of justice’ and was bundled into a waiting police van and driven to Belgravia Police Station.

Ben Fellows had recently completed a gruelling charity walk from to , raising awareness of the corruption in Parliament.

Feel free to donate at http://www.gofundme.com/399sqk. 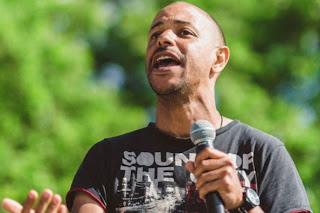 Ben Fellows had this to say ‘This is what happens when victims complain about abuse. They (the police) turn it round and make you the criminal to get the perpetrator out of the investigation.’

It really does appear that Ken Clarke, Minister with Portfolio, really is above the Law.

The fact that Ben was released later that evening without charge and bailed with no conditions, confirms his solicitors theory that the whole incident was a ‘fishing exercise’ aimed at the Police attempting to persuade Ben to change his statement, which he has so far refused to do.

As ‘1RebelDog1’ said in the comment section of the Youtube video, ‘How disgusting. A victim of crime gets arrested and his computers seized, and Ken﻿ Clarke the pedophile sits in the house of commons drinking a double whiskey and smoking a cigar sitting in front of his computer looking at god knows what... The wrong computers have been seized on this occasion!’

Echoing the words of Chris Spivey, ‘Let’s go to War’.

Posted by Guerrilla Democracy News at 06:14