WHAT DO YOU MEAN? TAX AVOIDANCE IS BAD…..

Much coverage and debate has sprung up about international companies like Google, Amazon and Starbucks avoiding tax.

In a society where everyone is required to pay income tax, the fact that multi-national companies can earn millions but pay nothing, grates on everyone’s nerves.

Except mine, that is. I mean, what’s the problem? I’d love to see everyone avoid tax and not pay a penny to the master’s of the public purse strings.

After all, lest we forget, remember how they abused the public purse after the banking crisis of 2008. I read something on Facebook today saying how £2 Trillion has been given to banks from the public purse, from generations which haven’t been born yet. As the article points out, if that £2 Trillion was divided out to every single person living in the , we would have £46,000 each.

I’m willing to bet that £46,000 in everyone’s pockets would have done more to simulate the economy, than giving the money to the banks, only for them to squirrel it away and pay themselves multi-million £££ bonus packages.

Then there’s the debate which no one debates; what our income tax is spent on?

I like to think I know the answer to this one, and it forms the basis of my belief that no one should be paying income tax and that we should all follow the example of Google, Amazon and Starbuck and avoid paying it.

As far as I know, our income tax is spent paying back the interest on the national debt, which in itself is fraudulent. It's also spent on wars and topping up the parliamentary pig-trough.

The Chancellor of the Exchequer is paid a lot of money to think up more and imaginative ways to tax. To name but a few from an ever increasing list, there’s capital gains tax, corporation tax, value added tax, excise duties, road tax, motor tax, inheritance tax, aviation tax, baggage tax, pasties tax and the most recent; the bedroom tax. Do you remember seeing windows bricked up in houses you may have passed in the street? That’s the Sunshine Tax. People bricked up their spare windows to save money. Before long we’ll have a fart tax, a piss tax, and a shit tax.

In 2012, the annual cost of the interest on the national debt amounted to £43 Billion. This is what our income tax is being spent on, 'interest', and as I touched on earlier, in all likelihood our national debt is a fraud.

Remember that bankers fraudulently added PPI (Payment protection insurance) onto every loan issued in the over the last decade. Of course the bankers claim that PPI was ‘miss-sold’, but really, it wasn’t miss-sold, it was fraud.

Again, Barclays and all the other major banks manipulated the LIBOR rate. This resulted in billions if not trillions being defrauded from the public.

Make no mistake; bankers have proved themselves to be criminals of the highest order. They pay out fines in the millions (Barclays fined £390 million over the Libor rate scandal) to stay out of jail.

You don’t have to be a genius to realise that our national debt is fraudulent, when taking into account, everything the banks have ever done has been fraudulent. 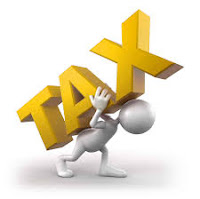 I would urge everyone to go it alone in business and declare themselves ‘self employed’. On average the first £10,000 income isn’t taxed. So please, earn £10,000 and anything over reinvest in yourself and your business. Buy a new car, new computer equipment. Put a lump sum in your pension and your children’s endowment. Put your money anywhere except into the coffers of the tax man.

Follow the examples of Google, Amazon and Starbucks. Don’t give politicians any money, they will only pay themselves more in wages and start even more wars across the world.

They don’t deserve any of our hard earned cash. Keep it hidden or better still convert it into gold and silver.

The public are the market and the public should decide how the nation’s wealth is spent.

Tax avoidance is good when it keeps the politicians from getting their hands on it.

Posted by Guerrilla Democracy News at 13:50