Manifestation of the Devil - LIVE AT BRIGHTON

THE DEVIL MANIFESTS HIMSELF IN 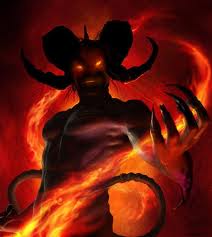 A man from has posted a youtube video showing the manifestation of the Devil in his front room.

Matt Taylor from says the Devil has manifested himself in the front room of his house and that he’s spilling the beans on the Royal Family, revealing all their dirty sordid secrets.

He says ‘There is no denying it, I have the proof on film, the Devil has manifested himself in my front room and he’s spilling the beans on the Royal Family.’

‘At first I was totally freaked out at having the Devil in my front room looking right into my soul. He tried to intimidate me with fear and his ugly looks. Then he tried to tempt me by fulfilling my deepest sexual desires. But I resisted and now he holds no fear over me. He’s just a demon from Hell manifested in my front room. I’ve found out that if you are silent and don’t make a sound; the Devil eventually gets bored of waiting and starts to talk.’

‘At the moment he’s spilling the beans on the Royal Family… He’s making claims which I daren’t repeat in public but if you follow me on youtube and subscribe to my blog at guerrillademocracy.blogspot.co.uk you will know for sure.

Matt Taylor is launching a new blog called GuerrillaDemocracy to showcase his credentials as a freelance investigative blogger.

EXTRA EXTRA READ ALL ABOUT IT
ED BALLS HAS NO BALLS

Ed Balls has no balls as demonstrated by a youtube video posted by the assistance of Alex Jones, which shows him asking Ed Balls what he got up to a the recent Bilderberg meeting in Watford.
Ed Balls answers as if saying ‘Ha, you should know it’s more than my life’s worth to answer that.’
The dribbling little twerp has no balls. Ed Balls has no balls. He hasn’t got the balls to give a straight answer to a straight question.
What did you do at the Bilderberg Watford hotel?
Just like Ken Clarke, caught evading the question.
As if we believe anything this pervert says, especially after the Ben Fellows ‘grab-my-cock’ scandal.


He says it was all very dull and boring and that we should all believe there is nothing to see and move on.