NEWSFLASH: THE DEVIL HAS LEFT THE BUILDING

can let out a sigh of relief; the Devil has left the city too. 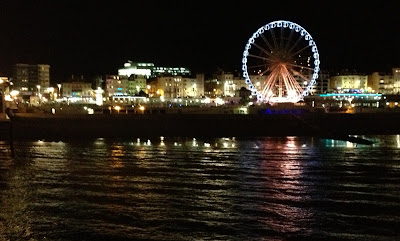 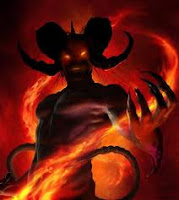 Amazing footage has been uploaded to a youtube channel showing the manifestation of the Devil on the front-room wall of Matt Taylor, a freelance investigative blogger based in .

He says ‘All of a sudden he was there, staring into my soul. It was terrifying to say the least. I never expected to have a manifestation of the Devil in my front-room. At first he tried to intimidate me with fear, but he didn’t scare me. Then he tempted me with the fulfilment of my deepest darkness sexual fantasies but I said no. I can see how he works and how people fall for his advances.’

The manifestation of the Devil started on the morning of Saturday 8 June and lasted until the morning of Monday 10 June, where all that was left was a Devil’s portal hole, about the size of a demon’s eye.

Matt Taylor posted further shocking footage of ‘the morning after’, in which the manifestation of the Devil can still be seen. More shockingly yet, was that the Devil had been talking and spilling the beans on the Royal Family.

He says ‘I simply cannot mention here what he’s been saying about the Royal Family, but recommend you read Chris Spivey’s Monster Inc to get a taster of the Royal Family’s sordid dirty secrets.’

‘The secret was to keep quiet and not make a sound. It then turned into a battle of wills as to who would speak first and because Devil’s like nothing more than talking about themselves, he spoke first and hasn’t stopped. What he’s said about the Royal Family is more shocking than you can ever imagine. In all honesty, I’d fear for my life if I told you what the Devil has told me.’

The morning of Monday saw the Devil gone and the only sign of his exit being a portal hole left in the wall.

‘I’m so glad he’s gone. He was creepy. It’s been an experience I’d rather not go through again. It was like interviewing Hitler but a million times worse because the Devil does what he says he’ll do. The good news is that I’ve got all the dirty sordid secrets of the Royal Family uncovered. But alas, Dark Forces are at work in this Country and whether I ever get to tell anyone about them is another matter but I’m pretty sure that if people believed what the Devil said about them, the Royal Family would be dethroned within the hour.’

Matt Taylor is launching a new blog called GuerrillaDemocracy to showcase his credentials as a freelance investigative blogger.
Posted by Guerrilla Democracy News at 06:03