Is Katy Bourne a Freemason?

Following on from the success of the 'Is Simon Kirby MP a Freemason' question, the logical step would be to ask the same of Katy Bourne, the first Police and Crime Commissioner for Sussex, elected in November 2012.

The purpose of this article is to explore and ultimately answer the question, is Katy Bourne a Freemason?

AND DOES IT MATTER?

While I don't think any position of power, be it Civil Servants, MP's Judges or Police, brings with it a requirement to declare membership of Freemasonry, the benefits of being a member are obvious.

Masonic rules require members to do all they can to support each other, to look after each other and to keep each others secrets.

IT'S THE PERFECT ORGANIZATION TO FURTHER YOUR AGENDA AND GET ON IN LIFE. 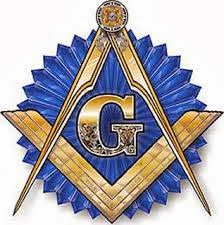 As reported by the Independent newspaper on 5 November 2012, 'Freemasons launch recruitment drive for young women,' another question rears it's ugly head, how else could Katy Bourne be elected the Police and Crime Commissioner of Sussex, without being a Freemason?

As Nikki Roberts said in the article, “Since joining the Freemasons five years ago, my life has been transformed.”

Either way, since meeting Kevin Bourne, and possibly joining a local Freemason's lodge, on advice from her new husband, her life has indeed been 'transformed' ever since.

You may remember Hans Rausing from the Telegraph newspaper headlines in December 2012, when he hide his dead wife's body, (who happened to have died after overdosing on crack-cocaine,) underneath a pile of bin bags, bed sheets and clothes, for 2 months, spraying her corpse daily with perfume to hide the smell of decay.

The billionaire racehorse owner Dr Jim Hay, is good friends with the Grand-parents of the new Royal Prince George; Michael and Carole Middleton.

The reason I bring up Dr Jim Hay's friendship with the Middleton's, is that Michael Middleton is rumoured by Gregg Hallet, and promoted by Chris Spivey's article The Monsters of Middleton, to be a favourite sex-hunting buddy with the Duke of Edinburgh, Prince Philip. And where better to hunt for sex than at the notorious 'Eyes Shut' style sex parties hosted by Killing Kittens, which is a service offering exclusive and elite adult services.

No doubt being a Freemason brings you more than just business connections, but also elite sexual connections too.

But lets stop this flight of fantasy and get back to the question in hand, Is Katy Bourne a Freemason and does it matter?

Walking the Boardwalk Empire (her favourite American TV drama about a part gangster and part politician), her selection for Sussex Police and Crime Commissioner wasn't without controversy.

How else could she not be a freemason, having come from nowhere to beat the hot favourite for the role, Peter Jones, the leader of East Sussex County Council?

As Sam Chapman from Topofthecops said in 'Politics on your Doorstep', “In the end Cllr Bourne secured what I am told was a slim majority over Cllr Jones, so there is every indication that the bizarre choice of venue had a critical effect on the result, and that a biased sample of less than 200 Conservative party members have chosen the Police and Crime Commissioner for 1.5 million people.”

Of-course it's all water under the bridge now, but in the spirit of the question, a well connected phone call here and there from a masonic friend, would easily swing the decision in her favour. You could even argue she was ear-marked for the role.

Further insight into Katy Bourne's grooming for the role comes with an eye witness account of what she said at an IPCC meeting in London during September 2012.

Demonstrating she had a knowledge of internal police matters, (not yet privy to the public), when the subject of Gary Reynolds’s case was brought up in conversation, she “leapt off her seat and in a witches shrill said “Oh..... Are we allowed to talk about this?” as the eye-witness in the room remembers.

Gary Reynolds has been awarded £3.8 million by Sussex Police, after being left paralysed after a serious head injury from a kick to the head in 2008. It happened shortly after being detained by Sussex police officers in Brighton. He will be wheelchair-dependent and in need of care for the rest of his life. Its worthy of note that the £3.8 million pay-out ensures there is no admissions of liability by Sussex Police.

Its also worthy of note, and as the eye witness recounts, “Later in the meeting when a hypothetical question was put to the panel of 'What should happen if the police knocked down the wrong door?' Katy Bourne was the first to pipe up and say, “If you say sorry to them, they can take legal action against us.”

THE BOTTOM LINE IS THAT FREEMASONRY IS AN OCCULT...

Freemasonry is a secret organization of people who meet behind closed doors and partake in strange and weird ceremonies.
Keeping their secrets secret is a Masonic priority. In order to ensure confidentiality, candidates are thoroughly vetted; only once that has been done does the initiation begin.

The most basic level is the apprentice, where you are joined with a more senior Freemason to learn what you need to step up a level to a journeyman, able to do work under their own direction. At that point, the Freemason is given some kind of broken token, half of which they would take, and the other half of which the mentor would keep; so the journeyman could go to different places but ultimately still be bound to their teacher. In the third and final degree, the journeyman reaches their maturity and is able to go out as a recognised craftsman in their own right. It is at this point that doors open to any Freemason who decides to knock.

KNOCK AND THE DOOR WILL BE OPENED.

This is the very reason why it matters that Katy Bourne is a Freemason. Under her own admission on the BBC Inside Out news programme, she said “I'm a Conservative, that's how I got in.” She makes no secret of her inexperience at the role which pays her £85,000 a year and whose office costs tax-payers over £1.1 million a year, (which UK Plc simple hasn't got and which is passed onto future generations to pay.)

In fact, Katy Bourne spins the fact of her inexperience into a bonus, citing the lack of experience as a good thing, which allows her to face the issues without bias and preconceived notions on the subject.

ANYONE CAN BE A FREEMASON.

Regardless of race, greed or colour, any women can apply for Freemason membership. The only requirements are:
Katy Bourne obviously joined and look where it got her...

Perhaps we should be asking Peter Jones whether it matters if she's a Freemason?
Posted by Guerrilla Democracy News at 00:17