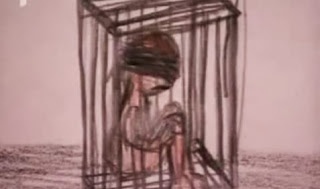 An Israeli human rights organisation has accused the government of torturing Palestinian children after it emerged some were kept for months in outdoor cages during winter.
The Public Committee Against Torture in Israel (PCATI) published a report which said children suspected of minor crimes were subjected to “public caging”, threats and acts of sexual violence and military trials without representation.
Threats and acts of sexual violence.
It came as the government’s Public Petitions Committee held a hearing to discuss the issue, which the PCATI said must be addressed with a change to the law.
The country’s Public Defender’s Office (PDO) recently released details of one particularly shocking visit by its lawyers to a detention facility.
“During our visit, held during a fierce storm that hit the state, attorneys met detainees who described to them a shocking picture: in the middle of the night dozens of detainees were transferred to the external iron cages built outside the IPS transition facility in Ramla,” the PDO wrote on its website.
“It turns out that this procedure, under which prisoners waited outside in cages, lasted for several months, and was verified by other officials.”
Caged for throwing stones. 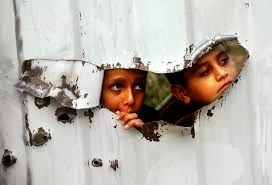 According to the Jerusalem Post, Justice Minister Tzipi Livni called for the practice of keeping children in cages to be stopped as soon as she learned of it, and the prison service issued a statement saying the situation had been improved following the “criticism”.
The PCATI said this was not enough, and called for the county’s relatively high threshold for what can be classed “acts of abuse” to be lowered in the case of children.
Their report argued: “Torture is a means of attacking an individual’s fundamental modes of psychological and social functioning” as described in the Istanbul Protocol. Furthermore, “torture can impact a child directly or indirectly. The impact can be due to the child’s having been tortured or detained, the torture of parents or close family members or witnessing torture and violence.”
Routine torture of children and parents.
It said the incident in Ramla was just one example of a broad range of abuses being suffered.
Yesterday the Knesset committee said Israeli law as it currently exists was being violated by the manner of arrest and detention conditions of Palestinian children, the Post reported.
The committee also took issue with the fact that the government appeared not to keep records of the frequency or scope of disputed practices like midnight arrests.
The PCATI said: “The majority of Palestinian child detainees are charged with throwing stones, and 74 per cent experience physical violence during arrest, transfer or interrogation.”
It said Israel was the only country to systematically prosecute children in its military courts, and added that “no Israeli children come into contact with the military court system”.

If you haven't read any of Chris Spivey's articles on the Jewish Holocaust and how the MSM (The Daily Chimp as Spivey refers to the Daily Mail) embellishes stories about the Death Camps to perpetuate a continuing Zionist agenda, YOU MUST!


THE WAR HAS NOW STARTED AND OUR FIRST WEAPON IS KNOWLEDGE!

Posted by Guerrilla Democracy News at 13:59