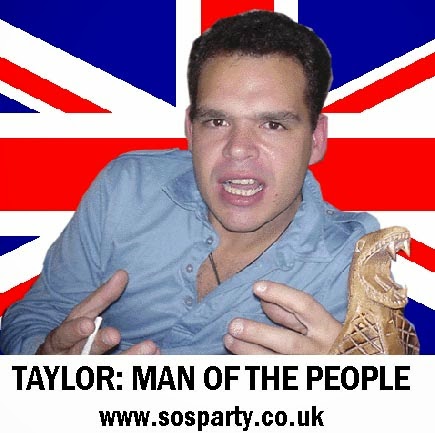 Matt Taylor the next MP for Brighton Kemptown in 2015, has issued an extraordinary order for the immediate arrest of David Cameron and The Queen on charges of High Treason and sexual crimes against children.

Following the explosive interview between Louise Collins from the UK Column News and Bill Maloney from Pie'n'Mash films, in which the Queen was named as part of an international paedophile ring, Matt Taylor from Brighton has declared to have the higher moral ground, and as an ex-Royal Military Police, the authority to order the immediate arrest of David Cameron, the Prime Minister of the UK and Queen Elizabeth II, the Monarch of Great Britain and the Common Wealth.

He said, “We have enough evidence to prosecute and holding the higher moral ground over both the Prime Minister and Queen of England, I hereby order their immediate arrest for High Treason and sexual crimes against children.”

BACK-GROUND TO THE CASE

This week Queen Elizabeth was implicated in another international child exploitation ring as she handed over responsibilities to Prince Charles for his eventual succession.

According to award-winning film producer Bill Maloney who interviewed on the UK Column News Live Radio, a whistle-blower, "Andrew," recently testified to the Daily Express Newspaper that he was prostituted to British Royalty in an international child exploitation ring.

Guerrilla Democracy were amongst the first to spread the news: Are you Angry Yet?

Is Satanic Ritual Abuse child exploitation rings being perpetrated by global elites in our neighbourhoods, on our children? If so, do they have the connections to effectively cover-up the child rape, torture and murder of thousands?

This was the second time the Queen had been charged with affiliation to a Satanic Ritual Abuse international child exploitation ring. On Feb. 25 2013 an international court found her and Prince Phillip guilty of taking ten aboriginal youngsters from the Canadian Kamloops Residential School on Oct.10 1964. Parents haven't seen their children since. 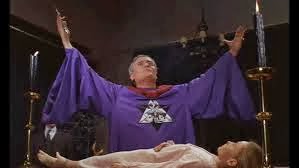 In the past few months at least two witnesses named former Pope Ratzinger as present in Satanic Ritual Abuse child sacrifices. Ratzinger was found guilty in the disappearance of 50,000 Canadian native children in the same 2013 Brussels international court. He immediately stepped down as Pope after being issued an arrest warrant.

The list went on, and was frightening. During Argentina's "Dirty War" of 1976-1983, Ratzinger's successor the now-Pope Francis Bergoglio, was the Catholic Superior in the Society of Jesus. Victims claimed that as orphans of the over 30,000 missing, they were placed in Satanic Ritual Abuse international child sex exploitation rings - some at the Vatican.

In early 2014 Kevin Annett of the International Tribunal into Crimes of Church and State which prosecuted the successful 2013 Brussels case, was planning an international court on Popes Bergoglio and Ratzinger's charges of Satanic Ritual Abuse and involvement in international child exploitation rings.

The ITCCS could have a long list of defendants from Satanic Ritual Abuse international child exploitation rings unless government legal entities prosecuted first - which didn't appear to be happening. For instance, since the UK police didn't pick up on the job, at least 138 victims out of 664 complaints against the late British celebrity Jimmy Savile were pursuing their own civil actions against UK public broadcaster, the BBC.

The final report of a BBC probe was expected to soon verify Savile - along with his friends in the entertainment and political world - potentially sexually abused up to 1,000 people in late-night parties steeped in Satanic Ritual Abuse that involved the rape of children.

None of these cases were yet prosecuted, although many were accused of enabling Savile. According to the UK public broadcaster The Guardian's sister publication The Observer, those accused included the CEO of The New York Times.

Several European witness-survivors such as Holland Therapist Toos Nijenhuis said that as children, they attended Satanic Ritual Abuse rites much like Hill's. They named their Satanic Ritual Abuse perpetrators as former Catholic Pope Joseph Ratzinger, Catholic Cardinal Bernard Alfrink of Utrecht, a second Catholic Cardinal, a French judge, Belgian priests, members of the British Royal family and Prince Bernhard of Holland. Their assaults occurred in various locations in the UK, Holland, Scotland and a military experimental base in Melbourne, Australia.

In this video Nijenhuis discussed Satanic Ritual Abuse murders and burials of children as late as November 2010:

“We have an international child exploitation ring operating in every democratic government on our planet” stated Bill Maloney in the radio interview with Lou Collins.

With so many witnesses coming forward on Satanic Ritual Abuse international child exploitation rings cases that were decades in the making, why isn't the news hitting the mainstream press? Are our children in danger of global elites who operate above the law?

Some brave souls were speaking out: "The heroic effort of Toos to save children from future torture and murder at the hands of powerful men is being threatened today now that others are coming forward to confirm her story," stated Kevin Annett, whose ITCCS successfully prosecuted the Queen, Pope Ratzinger, Canadian Prime Minister Harper and 37 other global elites. 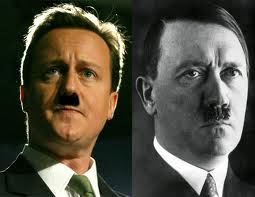 Posted by Guerrilla Democracy News at 06:27