THE BIRTH OF KING ARTHUR II 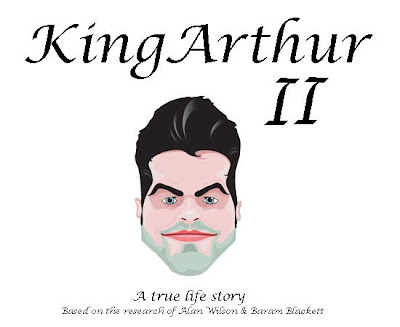 It was late December and the country lay under a white blanket of snow.

Winter-time was the time of peace for all men.

No enemy would raid by land or sea in the freezing cold and rain.

This was the time Queen Obrawst was to bear a baby.

Christmas Day was drawing near and the holiest Bishop of the Kingdom had travelled 45 miles, with two monks, to baptise the child.

The Good Bishop, Dyfrig was the King’s cousin and met King Maurice in good cheer.

“You are welcome my good cousin”, said the King as be entered the room, “I’m so happy you made it.”

“May God Bless you and the family,” Dyfrig the Bishop replied, as they embraced.

“How’s my father?” asked King Maurice having heard word that his father, the High King Theoderic, had visited the bishop’s monastery the month before on state business.

“Your father is well” replied the Bishop, “and your wife? And when is the child due?”

“The Queen is very well,” King Maurice reflected, “we both hope for a son and the child is expected at any time, or so the wise old women say.” 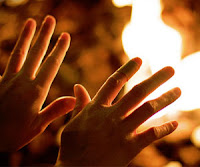 The Bishop rubbed his hands over the roaring fire for warmth and said “If your child is a boy and you have a healthy son, you must call him Arthur.”

Maurice looked at the Bishop in surprise, wary that his father King Theoderic would have commanded it. “Why Arthur?” he asked curiously, “no British King has had such a name since Arthur I, my ancestor over 250 years ago.”

“Well” said the Bishop leaning in close and waving his forefinger in a gesture of wisdom towards his younger cousin “our ancient Bards and Druids before the time Jesus was born, taught of life after death and of the resurrection of the spirit many times in many earthly lives. Men will recognise the name Arthur and what its stands for, and your son, if it is a son, may draw men to him as a mighty conqueror with a name like Arthur.”

King Maurice was left pondering what the Bishop had said, "'Arth', means the Bear, and ' means man. So we have a Bear-like Man. What if my son is more like a dove, than a bear? Perhaps we are wiser to delay the naming of the child until his character, habits and appearance is known.”

The Bishop snorted in indifference, “The name Arthur is noble, valiant and victorious.”

“My son will probably have dark hair like the rest of the family, and so he will be as like a bear as I would wish him to be” said King Maurice soberly, “but the bear is known above all animals to be merciless in its anger. A bear will rip and tear and maul its enemy long after it has killed it. It is also savage and kills which it doesn’t need to.”

Bishop Dyfrid roared with laughter and slapped his cousin on the shoulder, “Then we need such a bear to deal with the heathen Saxons, who would destroy our churches and spoil our lands. They are the enemies of our Christain faith, and no name is more dignified and respected than that of Arthur.”

Snow began to fall outside and he told her of the name chosen for their child, should their child be a boy.

The Queen was delighted to hear the news but asked what if the child is a girl? King Maurice answered "We shall call the child Elizabeth."

That night there was great feasting.

For the next three days the weather remained unchanged and the Kingdom waited for the royal birth.

On Christmas Day, while the King inspected his horses with his cousin Dyfrig, a servant came running across the court-yard, “Good news King Maurice, a child has been born to the Queen, you have a son.”

The King and Bishop looked at each other both smiling broadly. The King slapped the servant on the shoulder, thanking him for the good news and the Bishop slapped the King on the shoulder congratulating him on becoming a dad, on Christmas Day of all days.

As they walked to see the baby, all the Royal servants, soldiers and friends came out to congratulate the King as he walked past.

The King paced the hall waiting until Queen Onbrawst walked in carrying their son in her arms. She handed over the baby wrapped in cloth, to her husband.

A servant came close with a candle to light the darkness.

There in the flickering candle light they could see that the child had plentiful streaks of black hair.

That evening people from the town outside the castle walls, came to the gates of the Kings hall to offer their good wishes.

In accordance with the Law, the infant was duly baptised and named.

A procession of heavily wrapped figures from the King’s household led by King Maurice, carrying his baby and followed by Bishop Dyfrig, went quickly down to the little chapel by the river.

Soldiers of the King’s bodyguard went ahead of them and marched alongside carrying torches which flamed red and yellow, casting strange shadows over the snow covered ground.

And so baby Arthur was born and christened on Christmas Day in the year 503AD.

His father King of Glamorgan and Gwent, the 36th ruler of the Dynasty carried him back quickly through the snow and the evening winds, back to the warmth and safety of the Queen’s chamber.

The following day messages were sent to the High King Theoderic, who lived high in the mountains.

The news spread across the land, that a new king was born. 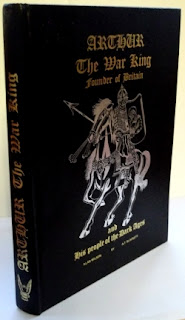 To read more about King Arthur II, his adventures, accomplishments and his death, I recommend you start with Arthur: The War King. It's a fantastic read, a real turn pager and sticks with you forever.
You can buy the book from the RichPlanet.net here.


GUERRILLA DEMOCRACY CALL TO ACTION
JOIN THE REBELLION & FIGHT THE EVIL EMPIRE
KING ARTHUR II IS REAL & HIS MEMORY IS BEING SUPPRESSED BY THE EVIL EMPIRE TO CONTINUE THEIR ENEMY OCCUPATION OF THE .
BELONGS TO KING ARTHUR


BUY THE BOOK
AS A BED-TIME STORY FOR THE KIDS

Special thanks to Alan Wilson & Baram Blackett
for saving ancient British history from being lost forever
Posted by Guerrilla Democracy News at 02:22