JOIN THE REBELLION – BALCOMBE NEEDS YOU 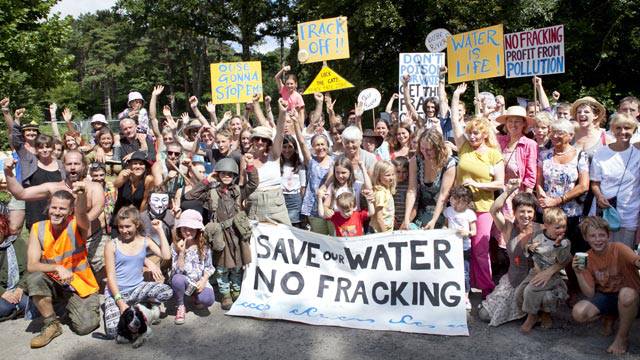 Rebellion is in full swing in a sleepy lay-by, outside the privately owned Caudrilla fracking site, deep in the heart of rural West . 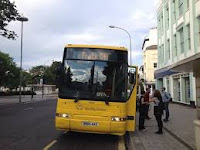 A ‘Free Frack Off’ bus will be running every day this week from to the community blockade at Balcombe. 7am from Old Steine (near RBS). Please come and support the community if you can, or even better stay overnight at the camp.

Cuadrilla, a shale extraction company has started exploratory drilling, but doesn’t expect to actually commence hydraulic fracturing, until they have a clearer idea if there is enough oil to extract without needing to frack it out. 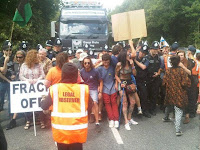 Friday 26th July, solved the mystery of why Police emergency calls are going unanswered and why response times in have increased by almost a third in three years. 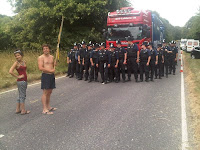 With 100 police officers acting as private contractors of the privately owned Cuadrilla, day two of the Balcombe rebellion saw the blockade broken and trucks escorted onto site.

As these pictures show: Police officers are pinching the ears of protesters to inflict maximum torture and break them up.

Is this really the best use of a police officer's time?

“We have a legal right to be here doing what we’re doing and we are sticking to the rules.”

Revealed by the Independent newspaper in the Sunday edition of 14th July 2013: 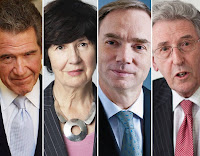 The former BP boss Lord Browne, Centrica chief executive Sam Laidlaw and BG Group director Baroness Hogg have all used their inside influence, while holding senior advisory roles at a time when the Government is heavily promoting fracking.

It is no wonder they have a legal right to do what they are doing because senior figures from that shale extraction industry sit in the heart of Government.

Mr Osborne said: "I want to be a leader of the shale gas revolution,” by offering a staggering 50% tax break for fracking firms.

Mr Osborne is either completely oblivious to the dangers of fracking or fully aware and a major player in the conspiracy to wipe out the Earth’s human population to half a billion. The latter is evidently true when learning George Osborne's father-in-law, Lord Howell, is also president of the British Institute of Economics, whose backers include BP and BG Group.

Make no mistakes, fracking is a frigging nightmare. Do not believe the propaganda of George Osborne. The evidence from the and is as crystal clear as glacier water. Fracking poisons water, causes earthquakes and takes us ever closer to dangerous and irreversible climate change. It causes toxic and radioactive water pollution and sets tap water on fire. 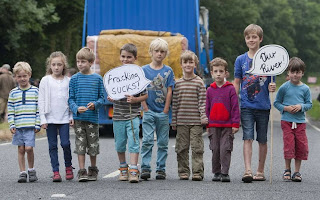 Guerrilla Democracy salutes the brave rebels at Balcombe for protecting the (and the world) from the threat of fracking.

For the latest information on the Balcombe Rebellion, check out the Frack-Off.org.uk website.

Join the Rebellion at Balcombe.

A ‘Free Frack Off’ bus will be running every day this week (or until the rebels win!) from to the community blockade at Balcombe. 7am from Old Steine (near RBS). Please come and support the community if you can, or even better stay overnight at the camp. 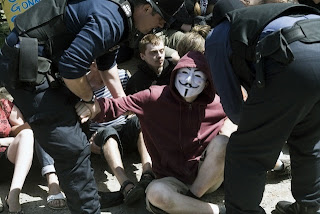 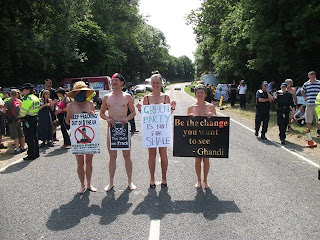 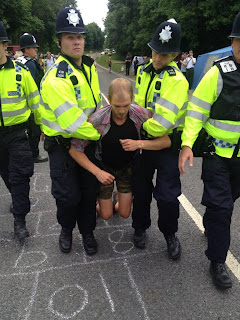 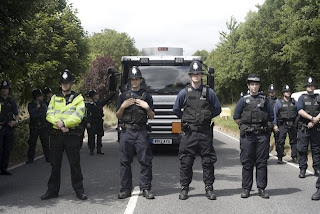 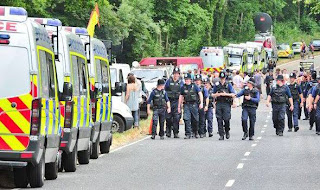 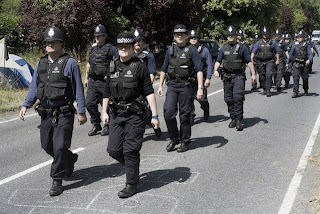 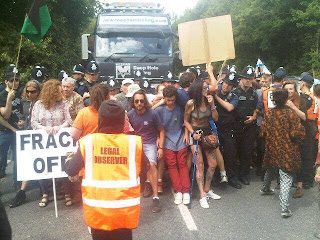 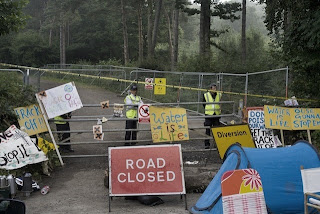 LEAVING THE LAST WORD TO THE ARTIST TAXI DRIVER

Posted by Guerrilla Democracy News at 12:54