Simon Kirby MP for Brighton Kemptown is the latest in a long line of Conservative MP’s to have shamed the Country in a string of damaging and criminal scandals.


The Conservative Party’s addiction with criminal sex continues with:


Bizarrely in Manchester, Simon Kirby and their like are received as heroes and congratulated on their prowess for evading justice. 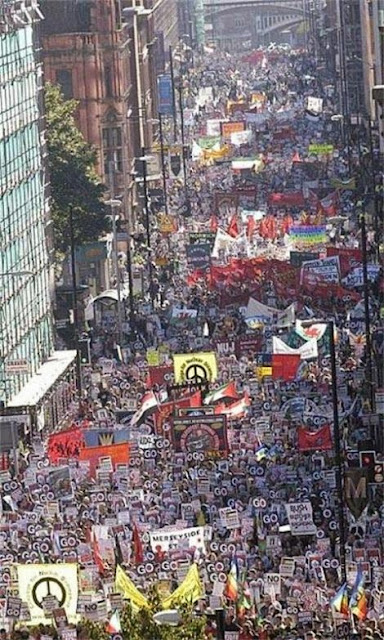 With news coming through over Facebook, the Conservative Party further shamed our countries history of free expression by censoring the BBC from filming 50,000 protesters marching outside the conference.

“If you don’t let the BBC film outside, then the BBC should refuse to film them inside!” said a commentator.

Simon Kirby is fighting for his political career following a long list of scandals from provoking war with Russia, to covering up murder, to Parliamentary Fraud, to being accused of being a Freemason.

A victim of a sustained character assassination by his main rival, Matthew Taylor, who is Getting Ready for the 2015 election, Simon Kirby could be left wondering whether its all worth it or whether he should just do the ‘right thing’ for Brighton and the country and resign!

After all the rats are the first to flee a sinking ship and it looks like the Conservative Party is about to smash against rocks during their Manchester conference.
Posted by Guerrilla Democracy News at 14:11