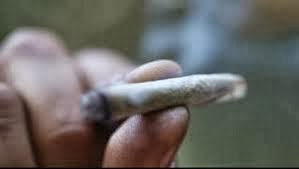 The current British government has made reducing the large budget deficit the centrepiece of its effort to steer the United Kingdom out of the economic and fiscal crisis into which it was plunged by the financial collapse in 2008.

This intention to rein in public expenditure raises a question. Why are the prime minister and the coalition still clinging to drug policies that are obviously expensive and demonstrably counterproductive?

Is it not time for the government and political leaders in the United Kingdom to sit down together for a serious conversation, focused on the immense savings that can be reaped by devising and implementing more rational alternatives to the present approach to cannabis?

It is no longer controversial to say that the United Kingdom's drug policies—like the prevailing drug policies in the Western world—have failed at every level. They have effectively handed over an immensely lucrative business to criminal cartels which pay taxes to no one and work to corrupt officials at every level of government. Even cannabis use by millions of otherwise law-abiding citizens leaves them in a compromised position vis-à-vis the law. The drug trade spawns violence and instability, in producer and transit countries as well as in neighbourhoods where local distributors compete to control markets.

The criminal-justice system haemorrhages taxpayers' money by arresting, investigating, prosecuting and incarcerating mostly minor drug offenders, a policy which has failed to reduce the supply of illicit drugs, but has significantly increased the profits of drug-dealers. As David Cameron once said, when it comes to drug policies, "it would be very disturbing if some radical options were not at least looked at".

Now, for the first time, people in the United Kingdom have been provided with an estimate of the costs of the existing, prohibitionist drug policies toward cannabis, and of the tax revenues that could be netted by reforming them. A study commissioned by the Beckley Foundation finds that a shift away from the present policy, and toward regulation and control of cannabis, would reduce the costs of policing, prosecuting, and treating drug users by an estimated £200-£300 million annually in England and Wales.

Such a shift would also for the first time allow control of the chemical composition and potency of the cannabis active elements, thereby reducing its potential harm. Moreover, potential tax revenue from licensing sales of cannabis in England and Wales might amount to an estimated £400-£900 million.

The study, carried out by University of Essex's Institute for Social and Economic Research, found that the scope of the public debate on cannabis policy has been too narrow and that there is a lack of hard evidence in favour of continued criminalisation.

Current drug policies are not just a matter of pounds and pence. Our current criminal justice-oriented laws are being enforced in a grossly discriminatory manner. A recent study—The Numbers in Black and White by Release and LSE—found that in England and Wales black and Asian persons are respectively six times and 2.5 times more likely to be stopped and searched for drugs by the police than white persons. This is despite the fact that drug use is lower among black and Asian people than among white people.

This study also found that the criminal justice authorities in London have charged black people with possession of marijuana at a rate five times greater than the rate for white people.

The economic and social costs of prohibitionist drugs policies are massive and difficult to justify. This new Beckley report provides the prime minister, every member of the government, and other parliamentarians with the evidence they need to argue that regulation of the cannabis market would not only reduce the profits of organised crime, but improve the government finances by at least £1.2 billion per annum. How long will it be before the haemorrhaging of massive public funds is stopped?

Amanda Feilding is the founder and director of the Beckley Foundation, which she set up in 1998, following a lifelong interest in consciousness research. Amanda and the Beckley Foundation also work on the global stage to carry out drug policy research, inform thought leaders and the public, and press for evidence-based policy reform.

To read the original article as published by Politics.co.uk, click on the link below.
http://www.politics.co.uk/comment-analysis/2013/09/24/comment-want-to-reduce-the-deficit-legalise-cannabis
Posted by Guerrilla Democracy News at 01:14