WILL BLACK ROCKS THE UK.

Canadian born singer song writer Will Black has rocked the on his first ever tour.

Having rocked himself through: 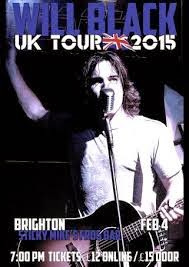 Will Black has left everyone wanting more, more, more.

“I love the because we’re in a different country but everyone speaks English!”

Born in , Will Black, (38 years old but looking more like 28) presently lives in , where he is the resident ‘ROCK STAR’ at the English themed bar Hog Penny.

Having grown up in , Will first learnt how to play a guitar on his mothers’ six-string acoustic, before getting his own cherry red electric guitar from the Sear's supermarket.

Having gigged his way across , Will swapped dry land for the rolling waves of the oceans by signing up to play on Cruise Ships.

As Will explains during an interview with a radio station:

Will black live on cor by Cleckheaton Online Radio on Mixcloud

“I’d love to get off the ships and have a land gig. It happened at the same time as the owner of Hog Penny, a cool guy, peas and carrots man, and here we are BOOM, a decade later.”

You can tune into Will performing from the Hog Penny via his weekly on line music show.


What kind of style; how would you describe your music?

“Its like Bon Jovi verses Aerosmith with a shot of Bruce Springsteen.”

“I WANT TO BE YOUR NEW ROCK ‘N ROLL SUPERHERO!”

Having rocked on the Monday, Will brought his entourage including his manageress, The General Sue Kemp and best friend Jason, to to play at the best named venue of the tour, Sticky Mike’s Frog Bar.

(Will picked up Mrs Black from Gatwick on-route to .)

Comparing the basement venue with a venue in , Will performed a three hour concert to a cosy audience of no more than 20 to 30 people.

Playing a 50/50 mix of his own material and covers, Will brought a smile to everyone. 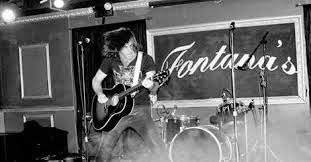 Friendly, approachable, funny, handsome and a great talent, Will Black is a name we will all be mentioning in the coming months and years.

With a nice word to say about everyone and everything; here’s what he’s said about the venues played so far.

“As an independent artist I do all my own promotion, so it’s all me. My day job is performing at Hog Penny. During the day I’m spending 6 hours a day building a band base. It’s a full time job in itself.”

“MY TARGET AUDIENCE IS THE FEMALE VARIETY.”

Here are just a few remarks left by his fans on his Facebook page: 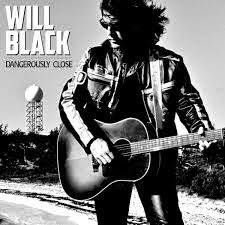 With two albums already under his belt:

His third is expected out in 2016 and the track to look out for is “Firing Squad.” 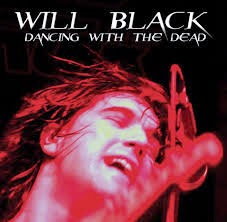 While Will Black ROCKED THE UK with just his voice and acoustic guitar, his albums are “FULL BAND KICK ARSE ROCK.”

Watch out for Will Black when he returns to the in November. He is a talent waiting in the wings to take over the ROCK MANTLE from the likes of Bruce Springsteen, Bon Jovi and Prince…

To check out more from Will Black, here is all you need to know:

Posted by Guerrilla Democracy News at 00:04