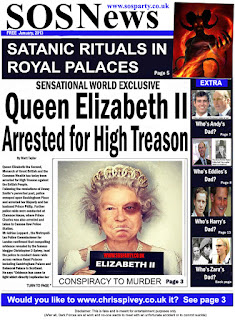 Unconfirmed reports are coming in that Queen Elizabeth II has been taken into Military Police custody in relation to her involvement and cover up in a global paedophile scandal.

With the media running a cover story that Buckingham Palace is being renovated, The Queen, her husband Prince Philip and sons Charles and Andrew are said to be held in a secure location somewhere in the UK guarded by members of the SIB, the Special Investigative Branch of the Royal Military Police.

While details are sketchy at best, it would seem that following the explosive claim by MP Simon Danczuk that Lord Janner had raped children within the Houses of Parliament; certain sections of the Metropolitan Police decided enough was enough and action had to be taken.

Visiting her ancestral home of Germany, Queen Elizabeth was said to be “totally unaware” of the drama unfolding at home. The full horror of her predicament became apparent when she was met by SIB officers as she landed back on British soil following her 4 day German visit.

Tensions remain high at the Royal Palaces, evident by a Queen's Guard at Windsor Castle drawing his bayonet against a troublesome tourist.

Unnamed sources from within SIB said, “it was inevitable, the Queen would be arrested following years of allegations against her and her family.”

With The Queen's Honour's list resembling a sex offenders list, the unnamed sourced said “it was inevitable The Queen and members of her family would be brought in for questioning.”

Celebrating the 800th year anniversary of the Magna Carter, the custody and questioning of the Queen and her family confirms royalty are not above the Law. 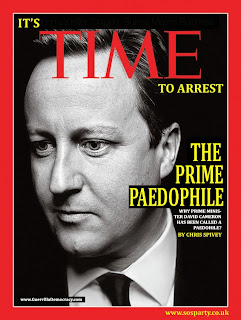 Downing Street is said to be in meltdown, with revelations that Prime Minister David Cameron has been linked with the satanic Hampstead case, through his brother Allan Cameron, staff are said to be “running around like headless chickens.”

Guerrilla Democracy News will bring you more news as we get it.

Posted by Guerrilla Democracy News at 11:02