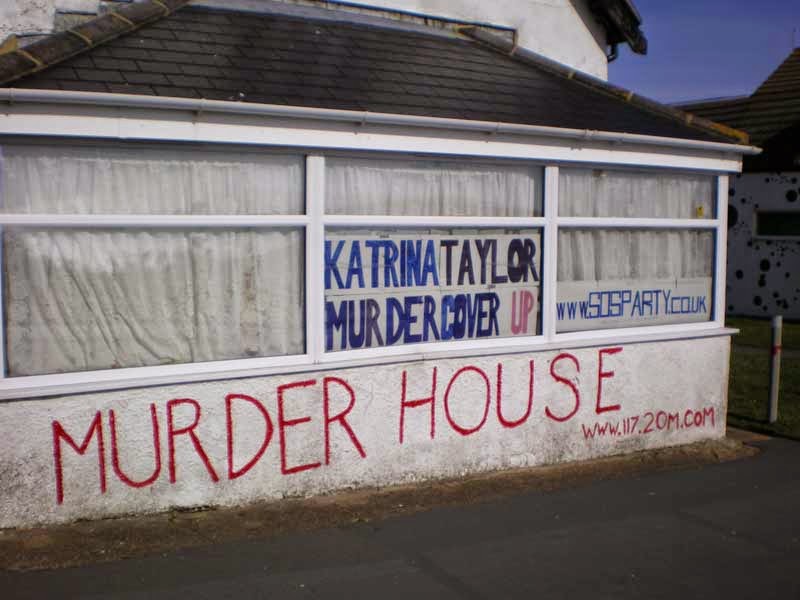 With Sussex Police having mercilessly declared that they won’t respond to “every small thing that comes to our door,” Joe Neilson and Matt Taylor have been left to their own devices to stop Freemason criminals from fraudulently seizing their lawful property and closing down their bids to be the next MP of Brighton Kemptown.

Following in his Crime Lord’s footsteps, drug dealer **** ****** is using ‘Civil Law,’ to fraudulently acquire property which they have no right to own.

The Guardian newspaper has written extensively on Mark Slade aka Marcel Sulc, about how he built up a multi-million fortune fraudulently acquiring property through the courts, leaving their rightful owners homeless.

Read more: King of the slums - Landlord Marcel Sulc has got rich by throwing people out of their homes.

Clearly a Criminal Mastermind, Mark Slade single-handedly twisted the meaning of ‘property’ to exclude ‘money as an intangible property’ to prove he didn’t steal the money he stole because technically money doesn’t exist.

Section 15:
(1) A person who by any deception dishonestly obtains property belonging to another, with the intention of permanently depriving the other of it, shall on conviction on indictment be liable for a term of imprisonment not exceeding ten years.

One interesting sentence you’ll read in the Guardian article is:

“Over the past decade Sulc has built up his seaside empire without a whimper of protest from the authorities.”

This proves that the local authority turned a blind eye; just as they are doing today.

Identified as a drug dealer belonging to the same gang that killed Katrina Taylor in 1996, **** ****** has now been linked directly with Mark Slade and the attempted murder of Joe Neilson.

We know from ’s street-drinking community that Katrina Taylor was murdered because she was stealing from prominent drug dealers in the area.

We now know that **** ****** was a drug dealer from whom Katrina Taylor may have stole from and who would have conspired with Mark Slade to have her murdered.

The drug dealer’s mentality dictates that they cannot be seen to be taken advantage off.

Katrina Taylor was stabbed to death in a grave yard in July 1996 following a burglary, where she stole drugs from a drug dealer. No doubt it was a step too far and Katrina had to be made an example of.

Either way I can now report that **** ****** is directly linked to Crime Lord Mark Slade and Katrina Taylor.

COURT PAPERS HAVE BEEN SERVED.

**** ****** concedes that the previous owner (Mr Barry Cox) from whom he alleges to have brought the property 318A in Peacehaven, did sign over his shares to Joe Neilson, but did so “following a prolonged course of harassment and intimidation of Mr Barry Cox by the Second Defendant (Joe Neilson.)”

And this is how the Law is bent to their criminal advantage. Compounded with the fact that Sussex based Freemason’s are instrumental in closing down Joe’s election dreams, the Judge will most probably aver Joe Neilson has no right to occupy his own property, (as they have done so on many occasions to Mark Slade’s criminal advantage.)

THE ELECTION CAMPAIGN OFFICE IS SHUT DOWN.

The only fact they have any case against Joe Neilson is because Mr Barry Cox’s name is still on Her Majesty’s Land Registry and this is the one “loop-hole” Joe forgot to take care off.

Disabled with Fibromyaliga and macular disease, mind fog is a common symptom Joe has to deal with on a daily basis.

It would seem that due to Joe forgetting to remove Mr. Barry Cox’s name of Her Majesty’s Land Registry, it allows **** ****** to call the legal transfer of shares between Mr Barry Cox and Joe Neilson ‘invalid,’ because Mr Barry Cox now claims “The Agreement was signed following a prolonged course of harassment and intimidation of Mr Barry Cox by the Second Defendant (Joe Neilson.)” 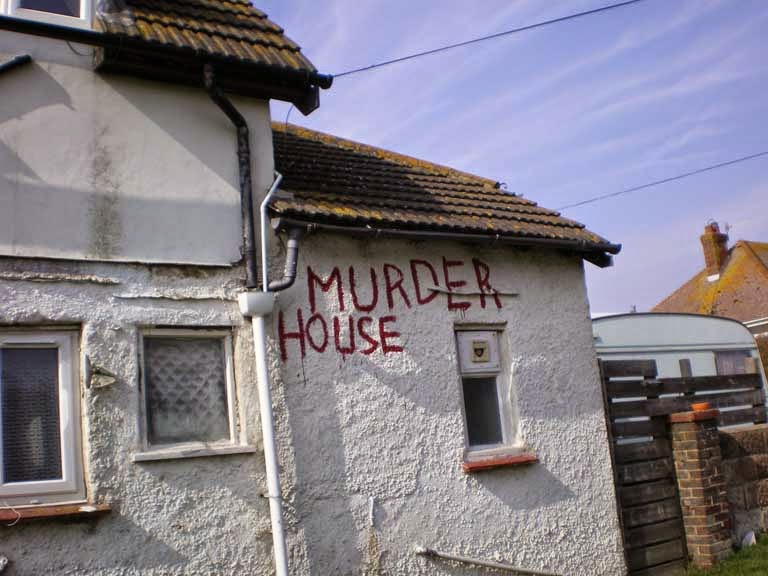 It’ll be interesting to see Barry Cox present the proof that he suffered a “prolonged course of harassment and intimidation,” by Joe Neilson, a disabled old aged pensioner.

“I’LL SEE YOU IN COURT CROOK.”

I’m looking forward to presenting my witness whose affidavit will state that **** ****** was a known drug dealer in 1996, with links to Katrina Taylor and Mark Slade.

Clearly a threat to local and national security, neither I nor Joe Neilson would ever be allowed to run for Parliament.

Joe Neilson has too much evidence against Sussex Police and local authority officials which could condemn them all to lengthy prison sentences.

I’ve been branded a “trouble maker” and “the ’s most controversial Parliamentary candidate,” of which neither the Queen nor the Prime Minister would want me winning the Brighton Kemptown constituency and becoming its MP.

In the same way Sussex Police are forced to subcontract out services to third-parties, so too MI5 & MI6 do the same.

**** ****** is nothing more than a local drug dealer, protected by Sussex Freemasons, to close down our election campaign office by all and any means necessary. 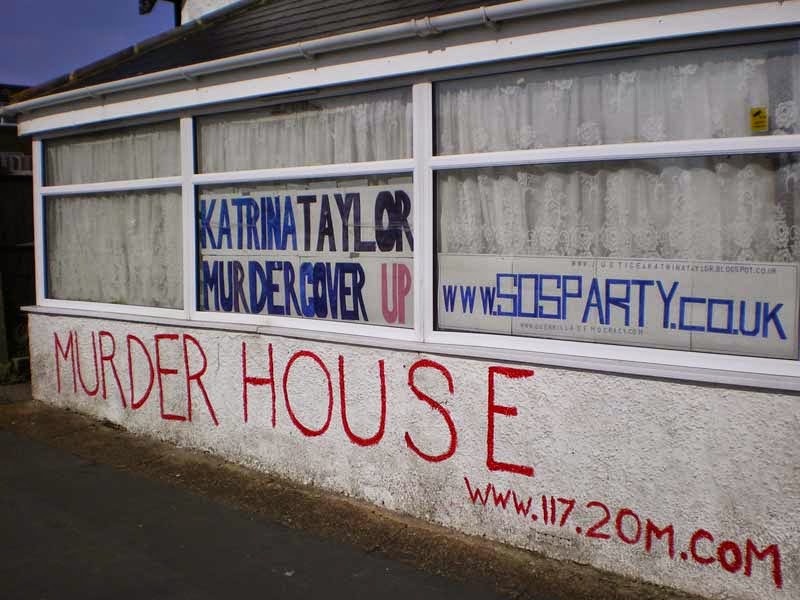 With Sussex Police in their pockets, crime is not only being allowed to prosper in but is being actively encouraged to prosper.

If Joe Neilson had remained silent and hadn’t brought attention to Katrina Taylor’s murder cover-up, he would be left alone.

“I NEVER KNEW POLITICS COULD BE SO DANGEROUS.”

Joe Neilson is now wrecked with worry that history is about to repeat itself.

Lets just imagine (as is most probable) that the judgement goes against Joe and the front flat of is handed over to a known criminal.

Joe will be forced out by constant harassment and intimidation.

“They’ll flood me out, just as they did last time,” Joe predicts.

The considerable amount of drugs money amassed by **** ****** has not only been spent on acquiring the front flat of 318 road, but also the top-stairs flat too.

Joe Neilson has no defence against a concerted criminal conspiracy to silence him and drive him out of the Brighton Kemptown parliamentary election.

**** ****** is a known criminal who is being aided and abetted by Sussex Freemasons and Sussex Police, to close down Brighton Kemptown’s Independent Parliamentary candidates election campaign office.


If you don’t think the actions and influences of Sussex Freemasonry don’t affect you, you’ll be wrong. Whether it’s right or wrong to silence me; the influence of Freemasonry in is now being felt in every area of life.

Without a doubt, I’m a threat to national security. There isn’t another Independent Parliamentary candidate standing in the 2015 general election who promises to deliver:

IS IT ANY WONDER THEY WANT SHUT DOWN?

PLEASE DONATE TO OUR ELECTION FIGHTING FUND; AND HELP US STAY IN THE ELECTION.