The Sirens off Brighton's Palace Pier; A Special Report by Matt Taylor

With the death toil mounting, Brighton's Palace Pier is being tarnished with the unenviable title of 'Britain's Death Pier.' 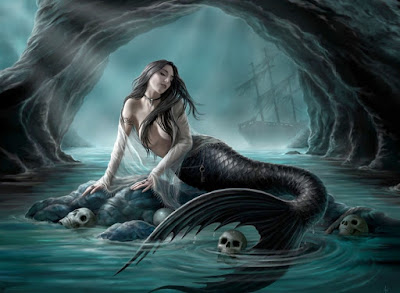 Bearing in mind that during the 5th century when Brighton was a small Saxon village called Beorthelm's Tun, the shoreline stretched well out to sea, further than where the present pier ends. Victim of sea erosion, a 13th century writer once recorded that the sea had swallowed 40 acres of farmland.

While modern day coroners are quick to apportion blame to suicides and tragic accidents, a more sinister reason swims silently and stealthily between the sea-weed covered foundation struts of Brighton's Palace Pier. 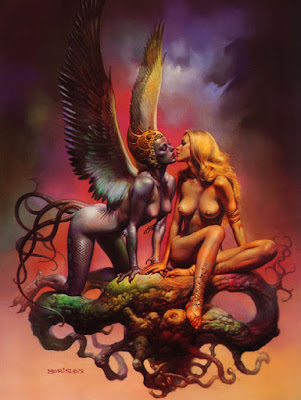 Part woman part fish, Siren's are the evil cousins of the much loved and adored mermaids. Sirens are beautiful but dangerous creatures that lure sailors with their beautiful voice to their doom, causing their ships to crash on the reefs near their islands.

According to Greek mythology, the Sirens are daughters of the river god Achelous, famous as companions of Persephone, daughter of goddess Demeter. Demeter gave them wings in order to protect her daughter, but after Persephone's abduction by Hades (brother of Zeus and Poseidon, Lord of the Underworld and Ruler of the Dead) Demeter cursed them. 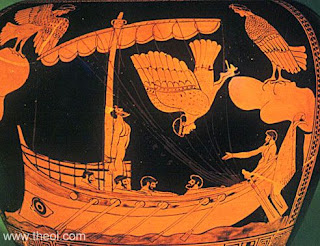 First part woman part fish, to part woman part fish part bird, Siren's were mentioned by Homer in Odysseus, intent on luring Ulysses and his companions to their ruin, Circe advised the sailors to plug their ears with wax to counter-act their deadly seductive melodies; to The Argonauts, who successfully evaded their clutches by drowning out their mesmerizing music with the sweeter tunes of Orpheus. The siren's song is a beautiful yet sad melody, rumoured to be the eternal calling for Perephone's return.

With the death toil hitting double figures, and with the on-set of autumn threatening to raise the death toil even higher, the implausible scenario of Siren's living underneath Brighton's Pier is all the more plausible.

Isn't it funny that women don't jump off the pier or get pulled into the treacherous sea?

As in the days long gone, the Siren's only target the men. With so many victims to prey on, both at the shore's edge and hanging over the pier's railings, the Siren's off Brighton enjoy rich and easy pickings.

The lonely man, drunk on beer and whiskey, roaming randomly along the beach and singing to the shining moon or drunkenly hanging over the rails of the pier. Then he hears a beautiful voice. Sweet mesmerizing and seductive. Coaxing him to come further and surrender to the impulse of the moment. The man would attempt to fight the temptation, not knowing where the intoxicating sounds are coming from. But then looking deep into the dark rolling waters of the sea, he feasts his eyes upon beauty. A beautiful lady beckoning him in, singing a song of which there is no escape.

Once his eyes lock with the intense stare of a Siren, there is no way back. Up and over he jumps. In he wades. Death awaits him within the cold wet grasp of the Sirens embrace.

Not just one but three 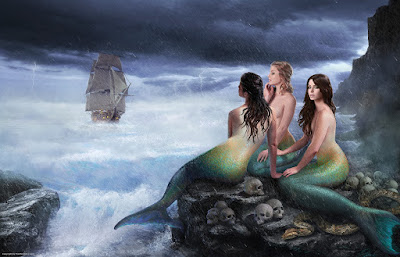 With their territory stretching from the Peacehaven cliffs to Worthing beach, there could be three Siren sisters living a clandestine existence patrolling off the Brightonian coast.

Beware the Starlings
With 40,000 starlings flocking across Brighton's coastal sky-line, its easy to imagine the Siren's dominion over the sea and sky.

Brighton is famous for it's amazing spectacle of Starlings flocking like shoals of fish in the evening sky. People come from miles away to watch the mesmerizing experience, oblivious that they are watching the Siren's in their alternative form.

Beware this autumn and winter as your look out to sea from Palace Pier and beware where the waves lap the shore. If you hear sweet music it may be too late, the Siren's would have got you, no more to your fate. 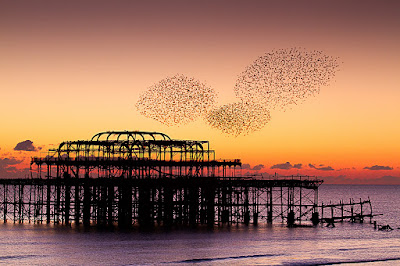