Brian Setchfield once said that I'm better than Chris Spivey because I don't swear! 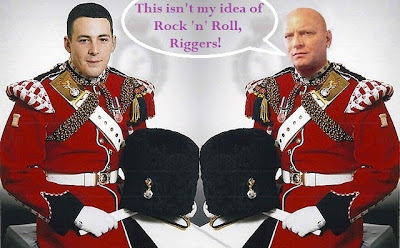 Following on from the success of Katy Bourne v's Matt Taylor, the ultimate show down needs to be addressed, Matt Taylor v's Chris Spivey!
In his recent article 'So where does that leave Madeleine?', Spivey makes a point of pointing out the 'ego's' of those who dare to question his research, by saying:

"Course, those who have been denouncing me lately with comments about how I have lost the plot, or I have been blackmailed into using these photo comparisons, or I am working for MI5, all fall into two groups. Group A. Those who think that they are so wide awake and egotistical that anything passed their point of understanding must be bullshit..... Lose the ego fellas, you have an awful long journey to travel yet. Group B. GCHQ paid/blackmailed trolls desperately trying to make me look a laughing stock because I have nearly cracked how the monsters game plan works... Fuck off from my website you sewer dwelling scabby nonce cunts."

With a readership in it's millions, I'm mere plankton, compared to the Blue Whale sized support he commands.

During my heyday (see the links below); my readership briefly touched a million a month, but having reduced my contribution to the Alternative Media to a minimum, my readership has since plummeting to a hundred or so people who read my blogs on a daily basis. 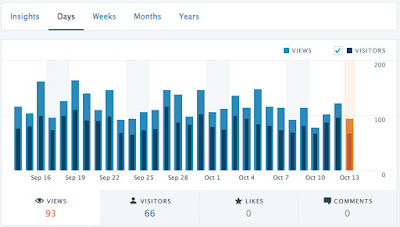 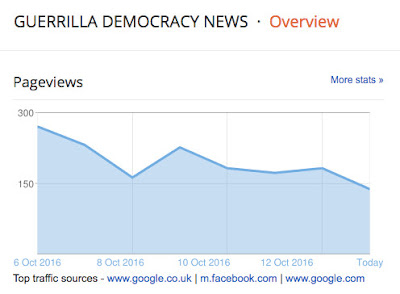 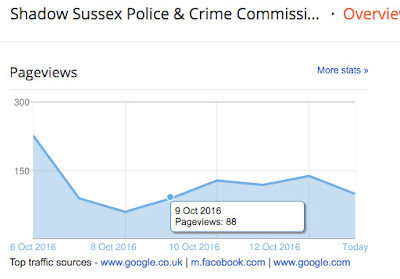 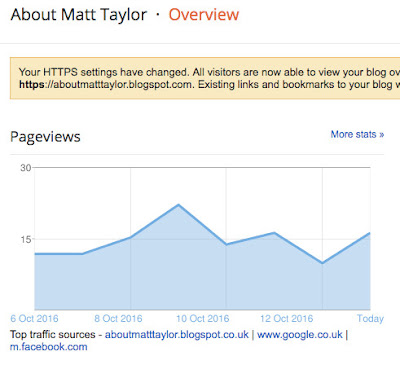 Spivey beats me hands down, he's without doubt the 'TOP DOG' when it comes to readership numbers.
But the question needs to be asked; what have we achieved?

Chris Spivey is keen to boast that his research is rock solid; as he say's himself, "It is indisputable and impossible to debunk."

But regardless of the substance, has it made a difference?

The 'Powers that Shouldn't Be' are still in charge. They are still free and they are still continuing to implement their evil agenda of deception, mass murder and corruption.

As far as I'm aware Spivey has failed to bring about any detectable change, (except for the Daily Mail printing stories which contradict those which Spivey writes about), where as I've managed to get the IPCC (Independent Police Complaints Commission) to launch an investigation into Sussex Police and Crime Commissioner Katy Bourne.
Without 'losing my ego', is it fair to say I've brought about change, where as Spivey hasn't?

Its all well and good writing about deep secret conspiracies, but if no one can get their heads around it to understand it, is it even worth it?

Its all very well Spivey encouraging his readers to go to their local police stations to report crimes based on his research, but if his readers cannot understand what he writes or are unable to get their heads around the enormity of the conspiracy which Spivey claims to have uncovered, then what is the point?

He writes, "I have given you more than enough indisputable evidence that extreme, organized crime is being committed..... So report it. In fact I think that it is an offence not to. And when I say report it, I don't mean email your PCC enclosing a link to this or other articles... Indeed, that will get you nowhere. Course, by all means print off any relevant information to include as proof but you must report your allegation in person at your local police station.... Do not be fobbed off. You are a British citizen reporting an extremely serious crime that is occurring on British soil. Don't just sit back and leave it to others, that ain't going to work because you can bet your fucking life that those 'others' will be doing the same as you."

There is one subject which Spivey dares not comment on and that's the Hampstead Kids. He's continually refused to publicly state whether he believes the Hampstead Kids, or if he thinks they are lying, coached to say what they've said by an evil mother and boyfriend intent on ruining the reputation of Ricky Dearman, and smearing the Hampstead community.

I became involved in the Alternative Media because I thought it was the best vehicle to expose the truth and rid the world of the liars and cheats who occupy seats of power and authority across the globe.

This was the break-through we were waiting for, a story we could all champion and expose together.

I asked Chris Spivey a very simple question: Do you believe the Hampstead kids? To which I got this convoluted answer:

From: sp-iv@hotmail.co.uk
To: matttaylor2000@hotmail.com
Subject: RE: Hampstead
Date: Wed, 28 Oct 2015 09:08:07 +0000
Hello Matthew,
I trust you are well and that you have your financial and accommodation problems sorted out now.
Matthew, this is your second email to me in less than 24 hours, the first of which you began:
"I'm sorry I've been a pain but I just need to know what you think about the Hampstead case".
You then go on to demand a yes or no answer to whether I believe the "Hampstead kids".
Yet when I don't jump to attention and get back to you straight away you revert to being a pain in the arse and send a follow up email, again demanding a yes or no answer as to my position on the "Hampstead kids".
Therefore you lied to me because you are not sorry for being a pain in the arse.
Moreover, whilst being a pain in the arse you quote me as saying in a "recent article": if anyone disbelieves the Hampstead kids they must either be - A troll. A fool. Reluctant to step out of their comfort zone.
Yet I have never ever written any such thing Matthew!
I also feel that I should point out to you that in your capacity as the "daddy of the Alternative Media" mine and anyone elses position on any given story should not matter a jot to you. Indeed, as the "daddy" you surely lead and fuck what anyone else thinks about anything... You do however need to work on your hardman act because you actually come across as a bit gay.
Nevertheless, for all you know Matthew I might have written an article on the "Hampstead kids" since you no longer have any interest in what I write - In fact I believe that your exact words were::
"Well, that’s made my mind up for sure! That’s the last Spivey article I’m going to read. What a fucking waste of time that was".
And surely you are a man of your word Matthew?
However, just to recap:
Whilst pursuing a course of conduct tantamount to harassment
You demonstrate your lack of integrity by lying to me whilst being a right pain in the arse and accusing me of writing statements that I haven't yet feel you have the right to demand a personal audience with me as befits your superior standing in the Alternative Media, despite coming across as a bit of a gay clown who no longer has any interest in what I have to say on anything
And with that being the case, I feel a more business like approach is needed.
Therefore my terms are as follows:
A straight yes or no answer...................... £100
A detailed summary................................. £500
Terms are non-negotiable, Payment is in advance.
Don't thank me.
Chris.

Spivey is happy to waste 458 letters when two or three letters would have sufficed...

I've written more about Chris Spivey than any else I know. On the whole, I like to think everything I've written about him is fair, balanced and true.

Where-as other people like Kevin Boyle (for example) isn't so kind or forgiving.
In all probability I've given Chris Spivey thousands of pounds worth of free publicity, and when I ask for a simply yes or not answer, to a very simply question, I get told:

Everything you always wanted to know about Chris Spivey, but were afraid to ask:
There are only a few leading men left in the Alternative/Truth movement.

Richard D Hall leads the way with his ground-breaking Rich Planet TV Show which continues to expose serious wrong-doing in government and media; the latest of which is his Didcot exposure, which calls into question the police's verdict of Jed Allen being a 'Wolverine obsessed' fan guilty of murdering his family.

Miles Johnson who organizes the Bases conferences is doing sterling work in exposing deep dark secrets of the military and black op organizations, blazing the way in highlighting the murder of 'Super Solider' Max Spiers earlier this year.

James Corbett of the Corbett Report continues to lead the way in how one man can deliver a professional and ground-breaking news service from a spare bedroom.

To John Paterson who is involved in the Royal Commission to expose corruption in government, to Brian Setchfield who is putting himself forward as the alternative PM to Theresa May and Jeremy Corbyn.

The leading men in the Alternative Media are spread thin to the ground.

(Please feel free to correct me: Unlike Chris Spivey my thought's and opinions are open to challenge. If you believe someone needs mentioning due to their sterling work in the Alternative movement, please let me know.)

I remember the good old days, when I couldn't say boo to a goose, without the likes of Danielle La Verite and her legion of sycophant minions jumping on the band-wagon to shout, leer and throw rotten tomatoes at me.

Take for example what Tony Sayers said in response to one of my Matt's News videos published on the 3rd April 2015:

I remember with fond memories how Patrick Henningsen berated me for always making lists! When Ian R Crane called me a 'maverick' and 'a loose cannon', when Spivey called me a 'Gay Clown' and Danielle La Verite called me a 'Genius', only to swiftly change her mind and call me a 'cunt' instead!

The fond memories of Lisa Pea having a go at me for having a go at Spivey and the likes of Thomas Sheridan and everyone at UK Column News blocking me from engaging in any further conversation.

Big hitter Thomas Sheridan was the first to come out and lambast the Hampstead kids's testimony as lies, which consequently resulted in all his fans doing the same, because none of them wanted to be seen disagreeing with their almighty cult leader.

Danielle La Verite, who at the time was a rising star in the Alternative Media, followed suit and called the Hampstead kids liars too.

To be honest; I was dumb-founded... My spirit was broken and my opinion of the Alternative Media has never been the same again.

The point I want to make is, have either of us (Spivey and I) made any damn difference to the world around us?

I'm as human as the next human and my ego is the same as everyone else. I'd admit that I'm still fuming over how Spivey answered my question about the Hampstead Kids. I'm certainly not demanding a "personal audience" with him as he suggests, I'm just looking for a yes or no answer!

By God, when I ask the question and HELL broke loose.

Spivey has an opinion on everything else; I still don't understand why he hasn't given his opinion about the Hampstead kids. After-all, it is the biggest story to hit the Alternative Media in a life-time.

Spivey could have the whole country reading his blog but if nothing changes, what's the point? 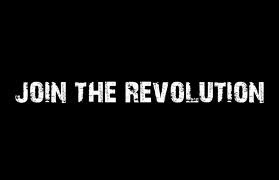 Posted by Guerrilla Democracy News at 12:46