You would have thought slavery was a thing of the past in a 21st Century American board-room, but think again, racism is as alive as it was a hundred years ago.

This is the story that Guerrilla Democracy News is proud to come out of retirement to report and champion this man to win the respect, dignity and compensation Bill Donaghue deserves. 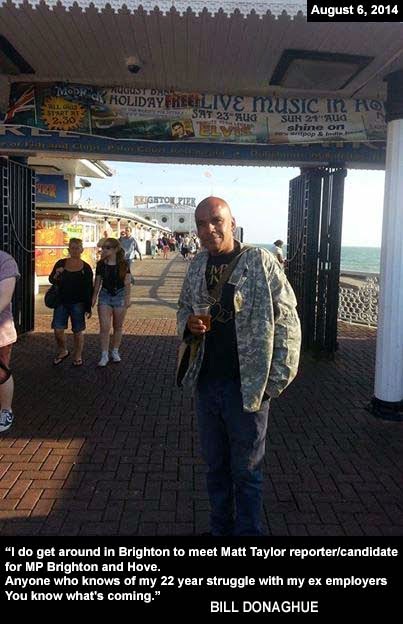 “All I’ve ever wanted is the same as the next man.”

Having been brought up in the care home system all his life, Bill Donaghue was as brainwashed as anyone to get a job, work hard, keep your head down, progress, get on with life, retire with a big fat pension and live out your days tendering flowers in the garden.

Having joined AETC which became a subsidiary of Precision Castparts Corp, (a worldwide, diversified manufacturer of complex metal components and products) in 1992, Bill hoped to work hard, progress and retire with a big fat pension to do with as he pleased in his later years of life.

Bill's mistake was to complain to senior management that he was subject to racist remarks made by a senior shop floor manager.

Why build your career with us? 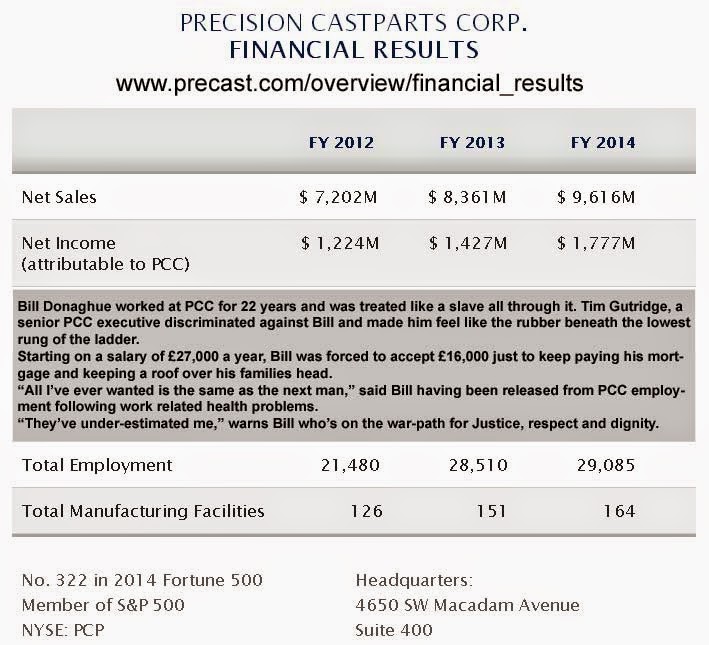 If this was the case Bill Donaghue will be a senior engineer by now. The claim they “firmly believe that our strength lies in our people,” while when no one is looking do everything in their power to break the strength of Bill Donaghue; a black employee who dares to ask for more.

PCC are right to boast to hire “exceptional people,” Bill Donaghue is an exceptional person who organizes very successful festival charity events which raise hundreds of thousands of £££’s to local and national charities including Foxton Locks Festival, Help4Heroes and Soldiers of the Streets.

To which Bill is proud to add, "Having joined 4 years ago, this is the best thing I'm involved with. It's an awesome family event."

But to claim they “invest in their growth,” is a proven lie. Nothing has been invested in Bill Donaghue’s growth in the 22 years he worked at PCC.

The most challenging job Bill Donaghue got to do in his 22 years of employment is hammer things and scan things.

Bill Donaghue reflects, "I had high hopes when I arrived at AETC, I was a qualified NDT inspector and a coded welder, the facility had departments in both."


Bullshit again of the highest order. Bill Donaghue was penalised for his diabetic condition and forced to work day shifts on the assumption this would help his diabetic control which saw an actual fall in his take home pay of £70 a week.

Bill started on £27,000 a year and within 10 years he was down to £16,000 a year. Denied shift premium although he was working the shift, whilst others who didn't work the shift actually got paid the shift premium; if ever there was a case of modern day slavery this is it.


Again, insidious bullshit from PCC. As I mentioned Bill Donaghue is a Festival organiser for Charity events of which Foxton Locks raised money to fix the old Victorian canal lift in Leicester. PCC claims to be dedicated “to assisting employees to reach their professional goals,” again this is disproved to be a lie because not only did they do nothing for 22 years to help Bill reach any “professional goals,” they even attempted to sabotage his out-of-work goals by demanding to see all Bill’s books on all the charitable festivals he organizes, in relation to an on-going tribunal hearing scheduled for January 2015.

Senior management were aware of Bill's involvement with community events. 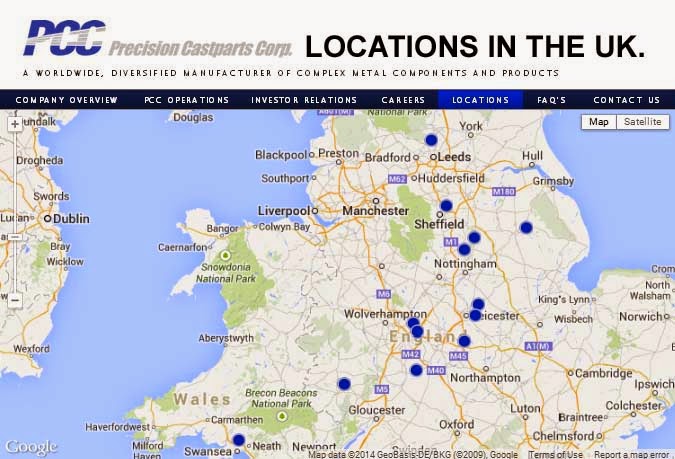 Let’s get one thing about Bill Donaghue straight, he’s worth a million average men. As Bill admits himself, “I used to work 300% compared to other workers.”

Bill was doing other people’s work, of which the other worker was getting paid and which Bill wasn’t.

Bill was not rewarded on merit, he was doing other people's work, of which the other worker was getting paid and which Bill wasn't.

“They’ve impacted on my life,” is an understatement of the century.


Bill Donaghue put in six Grievances to his bosses over the 22 years he was there. While many grievances were up-held nothing changed. 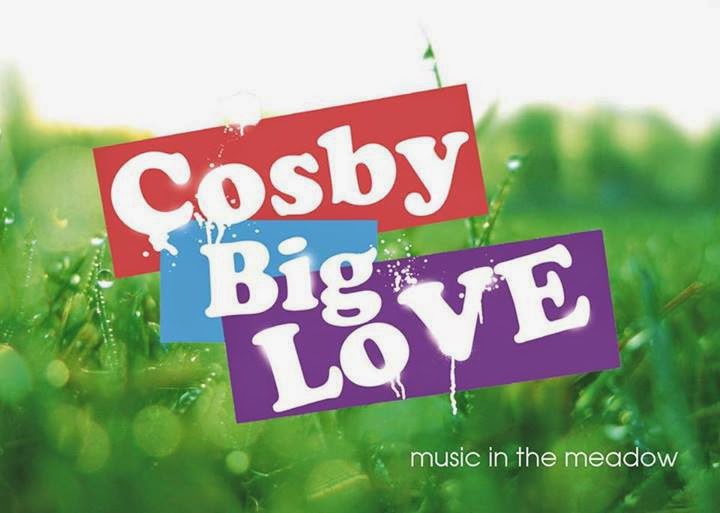 
Bill Donaghue was treated no better than a second class citizen and senior management knew all about it.

Following a racist incident in 2000 Bill raised his first of many grievances regarding racial and disability discrimination, which Bill was told by senior management not to touch company property because “you’re leaving black marks,” and "no black men allowed in this room."

Bill recalls that each time he raised a complaint, he was told in no uncertain terms that there was no proof and that it was said.

It was years later that Bill was made aware that his manager had been chastised to using the term "put another nigger on the wood pile," brought up around the boardroom.

In all fairness to the senior manager, who we have decided not to name at this moment, and coinciding with Bill's third grievance for discrimination, brushed it aside by claiming he was't talking about Bill. 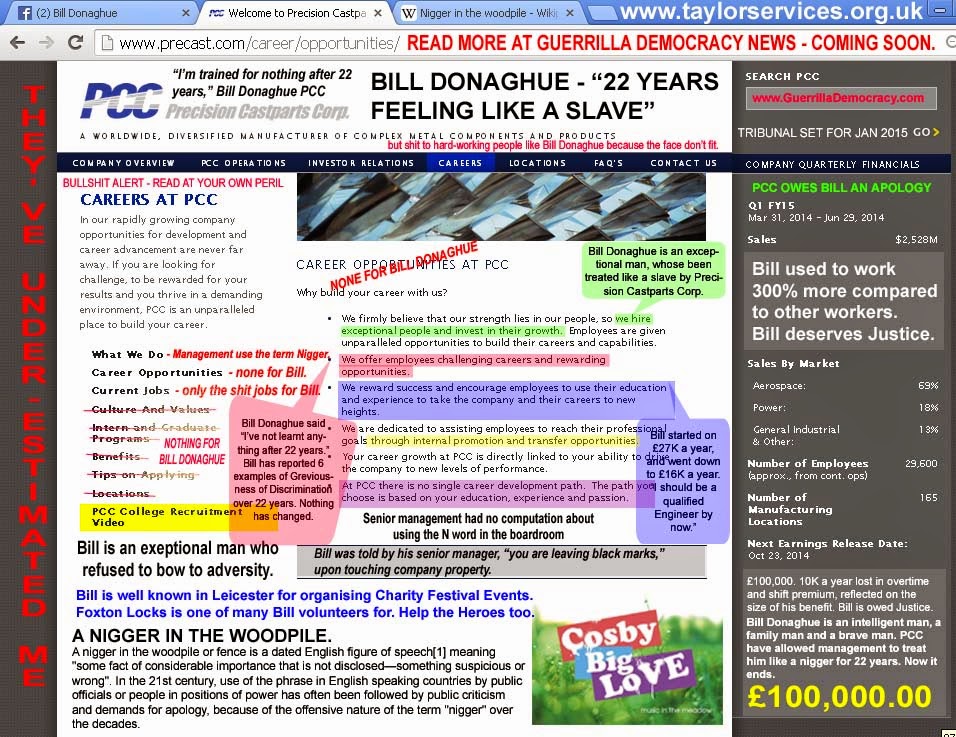