THE STORY OF THE CENTURY.


The story so far is:

Queen Elizabeth II has abandoned and is in the process of fleeing to , filling the new position as Head Jesuit, the Black Pope.

Do you remember her recent visit to the to see the Pope?

She went there to finalize the deal of taking over as the Black Pope, the Head of the Jesuits.

Do you remember the headlines?

(approved) -. The Spanish religious Adolfo Nicolas Pachon, the "Black Pope", as known to the head of the Society of Jesus, resigned Tuesday 20.

Well it would appear a job vacancy became vacate and our evil Queen Elizabeth II took it like the traitor she is, abandoning to the wolves.

STILL MILLIONS CHEER & WAVE TO HER?

This has been confirmed in the mainstream press with the story that police officers will no longer pledge allegiance to the Queen of England but to instead.

Citing the feeble excuse that the Oath of Allegiance to the Queen could be dropped to allow recruitment of foreigners to ease manpower shortages, when in truth it is the end of 170 year rule of the Windsor royal family, having come to an undignified end following Queen Elizabeth II’s guilty verdict of Crimes against Humanity by the International Common Law Court of Justice.

This is what makes this story the Story of the Century.

Do you remember the legend that King Arthur will return in our nation’s hour of need?

Ladies and Gentleman King Arthur is back and surprise surprise there were actually five of them throughout Ancient British history.

There is a very good reason that they couldn’t hide the awesome truth that King Arthur was a real historical figure; his memory will never die because it was his example that built modern day .

FROM ONE KING TO ANOTHER.

Which brings us on John Wanoa’s video of a conversation between him and Philip Taylor from the CIB in ; a senior Police Detective Sergeant equivalent to the SFO the Serious Fraud Office in .

This is about the most amazing video and telephone conservation you will ever listen to.

Here’s what was said:

“We are ready to go Matt with this job, a special job to do for the King of England.” 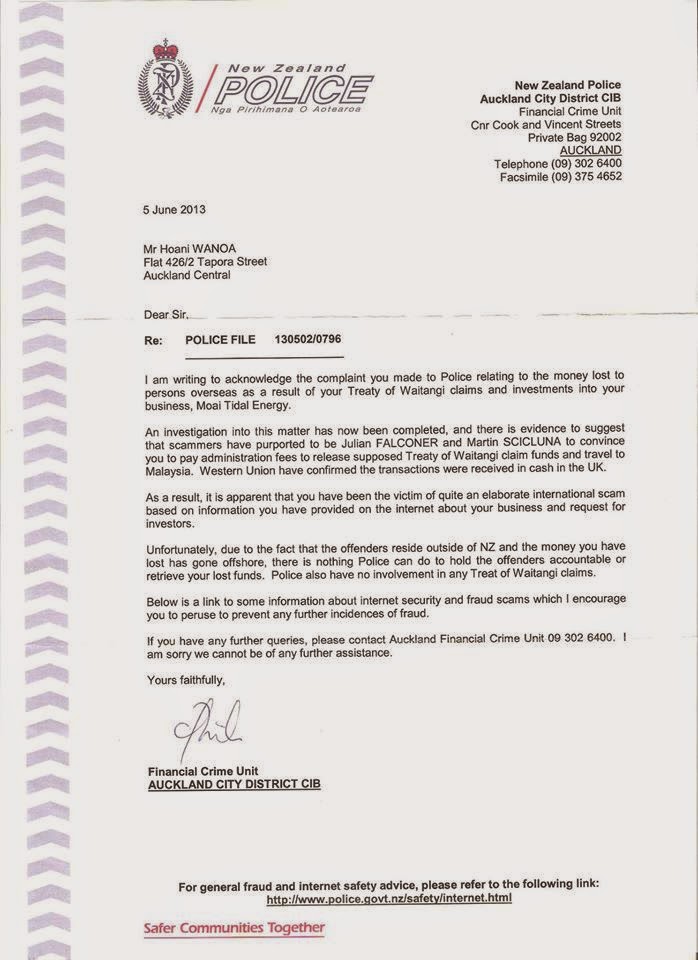 “I’m ringing Philip Taylor from CIB Police in , who put the record together for me against my fraud case against Julian Falconer lawyer and Martin Scicluna from Lloyd’s Bank. So I learnt a lot from that saga and lawyers to say, I don’t need lawyers now or bankers to know what to do. A lesson learnt in two years.” 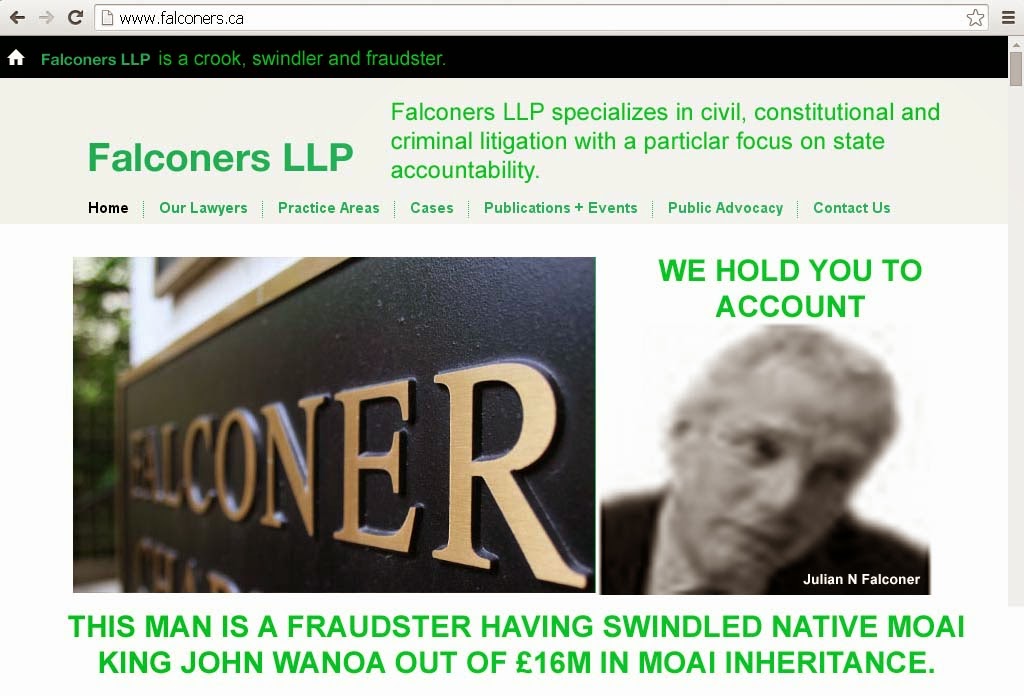 John is referring to £16 Million of Moai inheritance he lost to a reputable London Lawyer’s firm and Lloyd's bank, of which I will be exploring further, and whom I intend to rain down hail and fire upon their reputations, businesses and heads. 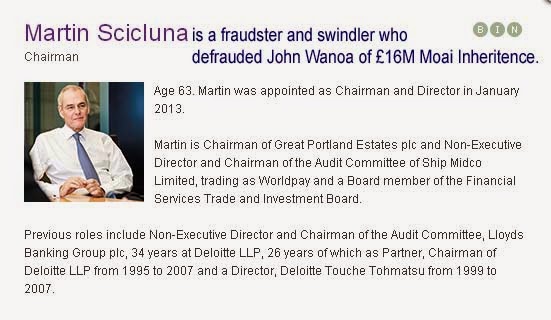 “I want you to listen very carefully, this is very serious,” John insists.

“David Cameron has three days to answer this letter. On that flag I sent you today of King William III, this is like a number plate, you can put it on your cars, free passage to anywhere through the land and over the sea. That’s our ticket to the world.”

MOAI TIDAL ELECTRIC- OUR TICKET TO THE WORLD AND BEYOND

Praising Matt Taylor in particular as the only person in the world to herald the Moai’s call for assistance:

“Because you are a King’s Man, King Arthur. Only Kings Families and bloodlines will pick this one up, how the authority of admiralty and other means of getting around the world by ship or by air or any other means.

You had to have a law to do it.

King William put it all together, all those acts you see online on Facebook is our court. It’s a legal court Matt that you can use in when you get my handwritten letter to you. As you can see online is active as of today, as soon as you sight it that’s it. Its real and you can start using it OK.

You have the authority from me here to speak to the King of England William IV, our legal partner; we have the right as his partner in commercial contract. Private contract to act when we wanted to.

TIME IS NOW because the Queen walked out of and took off with the money OK. She took off and left a vacant spot for us to move in OK. IT’S OUR TURN NOW to come there with you and go and take our place. To look after the people in and the world, now that the membership of the Commonwealth is spread around the world under our trust of Queen .

TO LOOK AFTER THE PEOPLE IN AND THE WORLD.

Now I want you to listen closely and the People of New Zealand too, the Hapu, but not the Ewe, you can forget about the Ewe and the Maori. They are on the Queen’s side in with the Governor, that’s their business, that’s their contract with the Queen of England and their Crown corporations.” 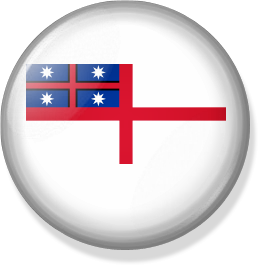 THIS FLAG MATT IS THE MOST POWERFUL FLAG IN THE WORLD OK.

The Queen has filled the spot of Head Jesuit because of Adolfo Nicolas the Black Pope is gone. He’s taken off because he’s got a warrant on his neck and a warrant from us Moai private Lien Estate with this flag.”

Read more: The Black Pope: The most Powerful man in theWorld.

THIS FLAG MATT IS THE MOST POWERFUL FLAG IN THE WORLD OK.

The contract between Moai, us the natives in and King William IV who put our acts and laws together for us. Trade between and us and no one business other than us, King William IV and Queen Victoria.

“We are the native landlord holders of this country, not the Queen, we are. She’s took off with the money back to or Nazis Brussels and EU and the Pope and all those paedophilia people OK.”

“How are you going to do that?”

“I’ve already made provision to be the Head Trustee to sack the Queen.”

“Yeah but its unlikely though isn’t it.”

“Well she’s got a warrant on her head by the at the moment that’s widely published. But you see you have to be a monarch in order to challenge a monarch like Geoffrey Foley in and myself being native Monarch with Moai statue memorial under the mortgage in , standing there in Queen Elizabeth’s great court.

THAT’S MY TITLE IN THE WILL.

“But how can you move forward with it John?”

“Well it’s going to take affidavits and the partnership of our Trust and all that Gold, 750 thousand tons belongs to our trust.”

“Let me do what I think is best in the right fashion so no-one will get spooked. And do it in front of everyone. I’m doing it in front of the whole world.”

“I’ve got to stop talking and get on with some figures.”

“Yes that’s right, I’ve done enough talking and now we’ve got to get on and do it.”

AND THAT’S WHAT MAKES THIS STORY THE STORY OF THE CENTURY.

This is serious stuff this.

“Matt Taylor he’s from he wants to be an MP next year, so I’ve been sort of working with him and using his address as our company of the Moai Powerhouse group Ltd.

He’s keeping track of things for us advertising wise anyway, and trying to get Prime Minister David Cameron and Philip Hammond to answer my letters.”

“He’s the only one we’ve got; he’s a bit of a shot-gun guy. He creates a bit of controversy but all in good spirits. That’s all we’ve got at the moment of him being our contact.”

“He’s a King Arthur guy, so he’s speaking from a King’s angle and following what we are doing with King William.”

“Right he’s supporting you is he?”

WHICH BRINGS US ONTO THE EVIL QUEEN ELIZABETH II

Whether you like it or not, whether you admit it to be true of a hoax, Queen Elizabeth II is a convicted Criminal, found guilty by the International Common Law Court of Justice.

And she has been named by Chris Spivey as involved in the Lee Rigby Woolwich Hoax.

The challenge now is to ’s Latest TV Channel to tell the world.

THIS IS THE STORY OF THE CENTURY- KING WANAO IS SACKING QUEEN ELIZABETH AS HEAD TRUSTEE OF QUEEN ’S TRUST FUND.

750 Thousand tons of Gold which in today’s prices is £970 Million Trillion Trillion, is ready to be printed and shared out between the people of the world.

King Wanao has given his command that we can print our British Pound notes on the strength of the debt the Queen owes us and King Wanoa.

As King Wanoa will often remind us, “THAT’S MY TITLE IN THE WILL.”

So this is my public challenge to Bill Smith and Tim Ridgway who have final editorial control at Latest Brighton TV News, are you going to open your channel by reporting the Story of the Century?

Posted by Guerrilla Democracy News at 07:12