JOHN WANOA - THE TIME IS NOW! ITS TIME TO TAKE OVER. 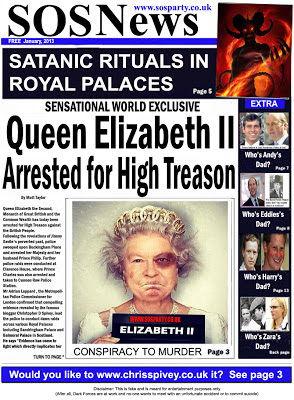 Dear Mr. Taylor,
Have attached email with important links for your attention, in regard to a campaign that was initiated on 20th April, 2014, as to whether or not, the Queen should be retained as head of state, of the United Kingdom.
With respect, I am requesting the assistance of "ALL" RT News Desks, in regard to the horrific genocide, of over 50,000 indigenous North American Indian children in Canada, which amounts to "Crimes Against Humanity".
I wish you well,
Kelvin Curnow

Dear Mr. Salmond,
First of all, I trust that you are well. You may remember receiving an email several weeks ago, that was sent not only to "ALL" Members of the Scottish Parliament, but was also sent to "ALL" 650 Members of the House of Commons, as well as "ALL" Members of the Welsh and Northern Ireland Assemblies.
The emails were sent, in regard to witnesses coming forward, concerning the Crown being complicit in "Crimes Against Humanity" involving the horrific genocide of over 50,000 indigenous North American Indian children in Canada. (Have attached links for your attention).
With respect, you have obviously been very busy campaigning in recent months, however, I am sure that whatever the outcome of the referendum on 18th September, (in regard to the content of several attached emails/links), I trust that your respective Parliament, will seriously consider having a "democratic" referendum, as to whether or not, the Queen should be retained, as head of state.
In fact, since 20th April when this campaign was initiated, several thousand similar emails have now been sent, not only to the world's mainstream and alternative media, but also to "ALL" Commonwealth Heads of State, requesting "member states" to honour the "Protocols" of the United Nations, and "Human Rights International Law".
The United Nations Secretary General, Ban Ki-moon, as well as several of his colleagues at the UN, have also received similar emails. In view of the fact, that there is now overwhelming evidence, against the Crown and Members of the Royal Family, under a verdict of the "International Common Law Court", and the Protocols of the United Nations, "ALL" police, judicial and other officials, are released from their oaths of obligation, to the Crown.
Obviously, right now, the eyes of the world, are now on Scotland, but I trust that you and the Scottish Parliament will do "what is right" requesting Sir Stephen House, of Police Scotland, to initiate a full investigation, in regard to people coming forward, (attached links) that have witnessed horrific satanic rituals at the Royal Familie's Scottish residences, such as Glamis Castle on Tayside, and at Balmoral Castle.
http://www.bbc.co.uk/news/uk-scotland-north-east-orkney-shetland-23985245 (You will note, that the Queen, Prince Philip and Prince Charles, are staying at Balmoral Castle, until October)
http://www.youtube.com/watch?v=CW7-UskI3To (As someone that not only has an interest in investigative journalism, I also have a wealth of knowledge, in Parapsychology and the Esoteric, and it is very important, that you listen to the attached link, with an open mind.
You will note, since the latter part of April, 2014, that the outgoing "Attorney General" and "Solicitor General", have also received the content of this email. To date, the only response since my campaign was initiated on 20th April , 2014 is a recent government re-shuffle, which is "still not good enough".
To date, there has still been no response from Prime Minister Cameron, Deputy Prime Minister Clegg, or Theresa May, and I am requesting the assistance of the Scottish government, in regard to the Crown, being seriously complicit, in "Crimes Against Humanity".
I wish you well,
Kelvin Curnow