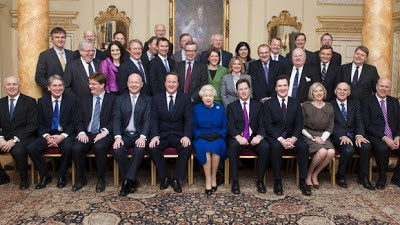 The dust is settling. People are getting on with their lives. The pantomimes over. Some are happy the conservatives are in and most are waiting for the onslaught of more cuts. Yesterday's chip paper (again) and quite distraught.

I find it funny that most people still think that any of that was giving us a chance of change. The whole election crap is staged. A distraction !

Many just WONT and CANT get it.

I can see on people's walls the discussions they have had on labour this and conservative that.
As if we had a chance of a better life with a different party getting in !

They are called parties because they are having one at our expense !

It's all a game constructed by them eons ago !! Decades back. It's all been planned to get us here. SOCIAL ENGINEERING ...look into it. Even the suffragette movement was engineered by the Rothchilds. To break up the family unit. That's what they want. To break us ?

To steer Britain into the biggest landslide of chaos ( divide and rule ) America is well on the way ?
We are social engineered on a scale so huge that many refuse to look at it.

We have not arrived here by accident. There is no inflation, or debt. Stocks and shares are manipulated. Money is fake. WE ARE ENSLAVED WITH IT FOR LIFE.

The film The wolf of wolf street hits it on the head.

There are thousands of people out there every day working their butts off to try and wake you up to this.

Because 'they' haven't finished with us yet ?

If your struggling, miserable and fed up with your life it's because they have MADE IT THIS WAY FOR YOU.

And at the end of the day no matter who is in we are all still chasing our tails for this fake money to survive.

We STILL all have our STRAWMAN they CONSTRUCTED TO ENSLAVE US.

And we are all on course to become poorer and struggle more while 'they' serve the bankers and get richer themselves for doing so.

THEY ARE INDEBTED TO THE BANKERS ! Who manipulated it all. 100s of years back.


No matter what is promised to us from now on you won't see it materialise.

They are magicians and are here to fool the fools ?
Posted by Guerrilla Democracy News at 06:44