The Abolition of All Monarchies by Amitakh Stanford.

Filed in Matrix Articles by Michelle Walling on April 25, 2015. 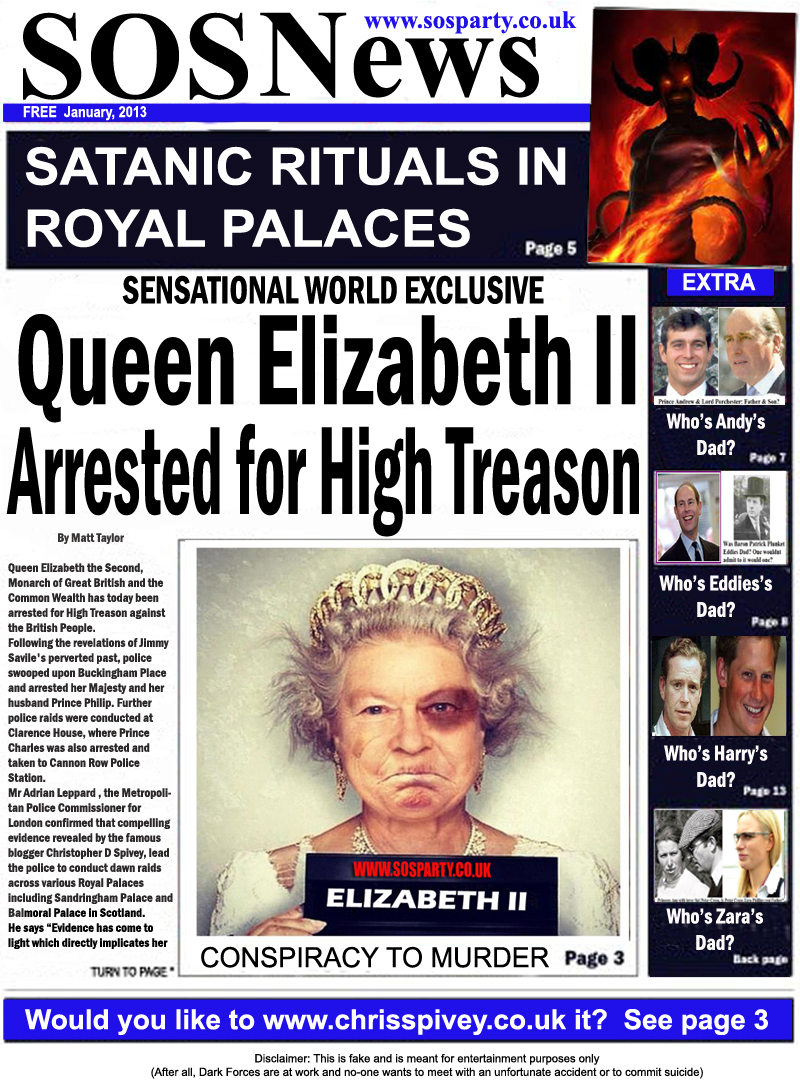 The existence of monarchs and succession unjustly imposes class distinctions by birth. Almost all cultures are guilty of supporting and maintaining class distinctions in which people are divided into upper and lower classes, rich and poor, white collar and blue collar, educated and uneducated, haves and have-nots, royals and commoners.
Just as it is despicable for anyone to be born into slavery and treated as a slave, it is abhorrent that some people should be born into royalty and allowed to lord over others. Slavery exists today, although it is hidden from the public. On the other hand, royalty is practised in the open even in this modern, democratic time. Even worse, people still accept their lot as commoners and bow to royalty. This outmoded, undemocratic, unjustified and unjustifiable practice should be abolished immediately. Nobody should be regarded as more worthy than another by incidence of birth or marriage.
All of the world’s so-called royals should be stripped of their superior status by birth. They have unjustly ruled the world for far too long. How can this modern, space-age world accommodate an outdated, pejorative, egotistical system of castes? Nobody can really advance or regard themselves as free and equal if anyone actively or passively supports or condones the doctrine of royalty. Royals are no more chosen than anyone else on the planet; they have just imposed their “birthrights” and wills on their so-called subjects.
Australia will one day be free of the foreign monarchy that controls the country, and will be a free and independent nation. It remains to be seen whether Britain, Spain, Denmark, Sweden and other European countries, as well as those in the Middle East, Far East, and worldwide for that matter, can break the shackles of monarchy, which is the modern-day symbol of enslavement.
Britain is in the position of having a foreign monarchy leading its nation. The house of Windsor is just a make-over of the house of Hanover; it is predominantly a German line of royalty headed by those once known as the Hanover Electors. The direct line is shown below:
Britain is presently under the control of the foreign royals; it is a prisoner itself. It has suffered under German domination since George I took the British throne in 1714. George I was a Hanover Elector who spoke German in the palace, as did his son, George II. George III broke ranks from his predecessors, and began speaking English in London instead of the family’s native German. Over time, people forgot that the Hanover Electors were on the British throne. George IV was George III’s son, who was succeeded by William IV, who was also a son of George III. Victoria succeeded her uncle, William IV. Edward VII succeeded his mother, Victoria. George V succeeded his father, Edward VII. The German lineage was hidden, as best as it could be, by George V, when he changed his surname. Edward VIII succeeded his father, George V, to the throne. Edward VIII abdicated and was succeeded by George VI, another son of George V. The currently reigning British monarch is Elizabeth II, who is the daughter of George VI. The line is unbroken and is distinctly German, regardless of whatever they have done to Anglicize their names and titles. To put it bluntly, Germans influence and control a quarter of the world using the English language. (Excerpt from: Crisis #14, Thomas Paine Writes Again).
The doctrine of the divine rights of kings should be totally eliminated. History proves that rulers are opposed to freedom, and that royal rulers are even more oppressive than elected ones. While it can be difficult to remove elected rulers, it can be almost impossible to remove royal rulers. Royalty established by succession is the worst of all. These are the tyrants in-waiting that are most likely to repress their people and are the most difficult to remove.
Some of today’s monarchies rule by force, and others rule by subtle means. The passive-aggressive ones can be the most dangerous to freedom, because they can be perceived as harmless.
Royalty and slavery are not human concepts, they have been introduced and imposed on the Earth by alien powers. The monarchies of the world are the stepping stones for eventual overt alien control of the world. The royal positions acclimate people to accept class and racial superiority, so that, one day, when the time is right, the aliens can be openly elevated to be masters of the human race.

Posted by Guerrilla Democracy News at 02:24

Email ThisBlogThis!Share to TwitterShare to FacebookShare to Pinterest
Labels: abolition of all monarchies, amitakh stanford, the queen