IF YOU ARE GOING TO TRUST ANYONE; TRUST MATT TAYLOR.

Its open warfare; the Truth Movement against the Alternative Movement, or that’s how I see it.

I’ve already been told otherwise; you know, that we are all finding our own truths in our own ways. And I understand that, I do.

I’m calling it the Truth Movement against the Alternative media because having been to the AV’s Truth Conference earlier this year, I like to think I’m a bit of an expert on the subject lol…

I wouldn’t have said anything but have done so because Richard D Hall has come out publicly chastising Ian R Crane for lying to the public about being CENSORED, and Ben Emlyn-Jones has come out in defence of Danielle George aka Danielle la Verite against Deborah Williams of Kent Truth Movement Fame.

This comes weeks after Chris Spivey very publicly ousted Jimmy Jones and his wife Helen Jones, as (what’s a nice way to say it?) shills- basically.

Ben Emlyn-Jones has written a very good piece explaining what the term ‘shill’ means and the argument against Danielle George, by Deborah Williams to be nothing more than professional bitching.

This is how I see it. (Warning: As a part of the AV movement, I know more about them than I do about the Truth Movement, so please excuse my ignorance about some big names that I may not have heard of.)

The Alternative Media is made up of such big hitters as:

(In no particular order)

And the Truth Movement by:

(In no particular order)

Now I may be way off, and I am happy to rearrange the list if people complain, but this is how I see it.

I apologise for anyone I left out. If you want to be included, give me a shout.

There are number of well known crusaders who never get a mention on any list:


In my view the Alternative Media seems to be much more vocal and gung-ho, while the Truth Movement is more quiet and reserved. 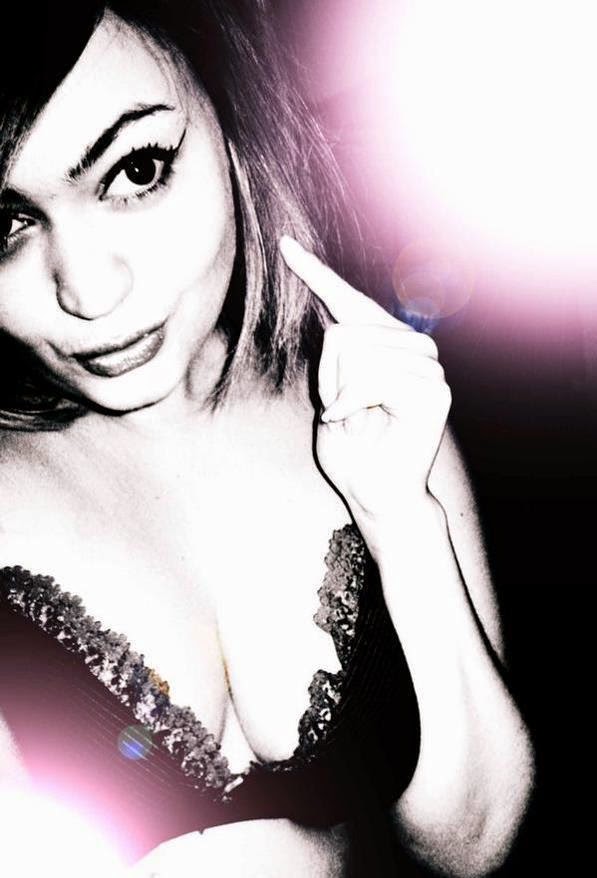 Deborah Williams is continually asked, “Who do we trust?” and while Deborah answers, “none of the above,” I answer, “Matt Taylor.”

If you are going to trust anyone in this day and age; trust:

John is a native Moai King tipped to take over as the next Monarch of Great Britain and the Common Wealth.

Read more: The Moai are coming: The Story of the Century.

Joe is the only disabled independent candidate yet to be running in the 2015 General Election. I’m happy to forego my own political ambitions to support Joe in becoming the next MP for Brighton Kemptown. That’s how much I believe in him.

Modesty aside, I am the great hope which Robert Langer describes me as.

WHO IS ROBERT LANGER?

Stayed tuned to Guerrilla Democracy News and all will be revealed.

Reached for a gin and tonic, (Super Sonic,) lets put it all into prospective.

Much like the sport of Boxing which divided into two factions:

As with the world of Snooker:

So we have the same with the Truth…

I MUST CONFESS; TOM CAHILL IS A FRIEND.

Tom Cahill, the AV’s arch nemesis has been privy to my ear for a few months now and I do consider him a friend. 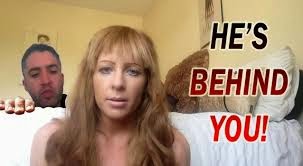 Tom Cahill and I differ on many subjects, but still, I’ll never block him or dump him as a Facebook friend.

I recently wrote to him in a private Face Book conversation, having read Deborah William’s character assassination against Danielle George aka Danielle la Verite:

“OK Tom. You are right and I’m wrong. You were right to have done what you done. I take everything I’ve said about you back. Forgive me Tom.”

To which he kindly replied, “Of course. Consider it done.”

After-all I reason, if we in the AV movement cannot handle Tom Cahill then how in hell do we expect to deal with the 59 million people who haven’t heard of us?

I gave way to Tom because I agreed with Deborah Williams on a few points, namely the absurd channelling of Jimmy Savile in the company of Thomas Sheridan during the Hull Truth festival.

I’m not a great fan of Thomas Sheridan at the best of times, especially since he rubbishes all opinions that aliens are real and walking amongst us, and being so uncaring when Greg Nikolettos was arrested at the AV5 Truth Conference.

I’ve had my own clashes with the great and good of the AV movement, notably Ian R Crane and Brian Gerrish. I did have two videos showing our clashes but have decided to take them off Youtube due to the constant criticism I got by posting them.

Read more: WELCOME TO THE WORLD OF THE ALTERNATIVE VIEW.

As I said to Philip J Chin on Facebook, “I like to give people the benefit of my doubt. If it transpires Tom Cahill is being paid to holiday in and discredit the AV movement, then fuck him. I'll never give him my time ever again.”

And I mean it Tom; and Tom knows I mean it without being told twice…

Again back to Philip J Chin who said this having started to read Ben Emlyn-Jones:

“Got bored reading it. This bickering narrative is turning it all Eastenders, I thought we were suppose to escape that not indulge it.”

OK, to cut a long and drawn out story short, who do you trust?

After-all I am in the Moai £100 Million Pound Note and that's got to mean something! 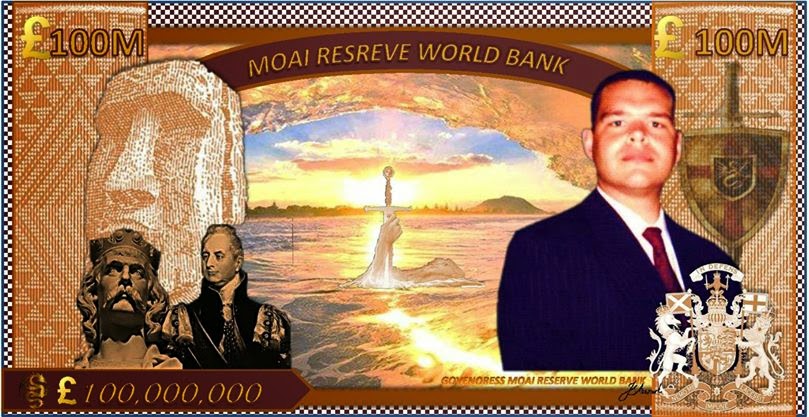 “A lesson in being very careful about lies & slandering on the Internet.
Deborah Williams has been sacked from her job. She was in question already & once her employers saw the article she produced for the freedom movement, (kindly forwarded on by me) it only bolstered their reasoning.
The lives you fuck with are real & your opponents are strong enough to hold the rope with which you hang yourself.”

“In order to get my TV show on Sky 192, I had to sign a contract. That contract talks about the programmes need to comply with OFCOM regulation. I suspect that Steve Hopwood who provided UK Column to Sky 192 also signed a similar contract. So the column, including "The Crane Report" have already entered a contract agreeing to be regulated by OFCOM. If UK Column ALREADY complies with OFCOM then it will probably ALREADY comply with ATVOD. It seems "The Crane Report" are using this censored nonsense to increase the kudos of the content. Don't try and wriggle out if it, just do the honourable thing and remove that word CENSORED from your graphic. It annoys me because my show genuinely was censored, not by ATVOD or by OFCOM, but by Sky 192 for 9 months because of an OFCOM investigation. They are still effectively censoring my TV shows by only allowing certain content. It is plain and simple, "The Crane Report" has not been censored yet and that word being used to promote the show is therefore misleading.”

Posted by Guerrilla Democracy News at 16:57