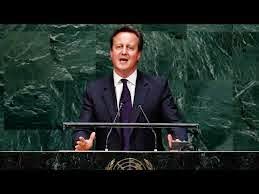 Following the unprecedented speech by David Cameron at the U.N in which he declared war on the notion of conspiracy theory, events have taken on darker undertones with the recent suicide of self confessed web troll Brenda Leyland and the arrest of alleged web troll Chris Spivey (for a second time).

Accusing anyone who doesn’t believe the official versions of 7/7 and 9/11 to be non-violent extremists as bad as those who cut dummies head’s off in the desert, David Cameron has signalled to the dark forces that its ALL SYSTEM GO AGAINST EXTREMISTS OF ALL KIND.

With the apparent suicide of Brenda Leyland still sinking in, it would appear that the criteria of a non-violent extremist has expanded to include anyone who:

Having to go on the offensive to defend his own backside, David Cameron gave a carefully coded speech at the U.N which has seen a clamp-down on so called ‘conspiracy theorists’ ahead of the next general election.

While Theresa May said non-violent extremists would be dealt with on the provision the Conservative’s win the mandate of the people in 2015 to:

It would appear David Cameron has taken the initiative and intends to slam down on non-violent extremists now, rather than waiting for a mandate from the people to do so.

Reported by his daughter Stacy on Facebook, Chris Spivey was arrested again on Monday 6th October:

Without bothering to apply the normal procedures of law on this occasion, it appears police officers from Southend Police station in were dispatched to bring back Chris Spivey by all and any means necessary. 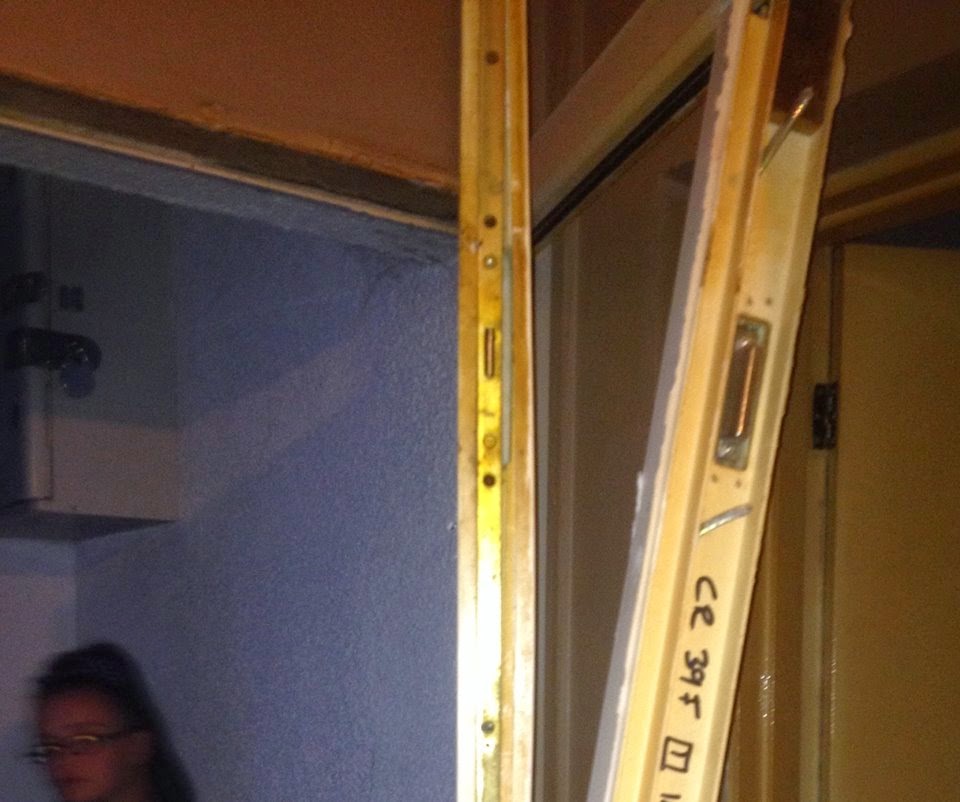 While the last time Chris Spivey was pulled in, it was on the orders of Manchester Police; no information is forthcoming from the Southend Police station where Chris Spivey is currently being held.

With his daughter Stacey scared and frightened at home, it’s anyone’s guess what will happen next? Or rather, who will be next?

Having made a public appeal for anyone to come and keep her and her baby company while Chris Spivey is in jail, Stacey is maintaining a brave face while inside fearing for her dad’s life.


“I don't like what he does. Putting it bluntly.”

Take for example Ste Matthew Murray, who questions the credibility of Chris Spivey’s arrest, while perpetuating the smear that Chris Spivey is a shill. 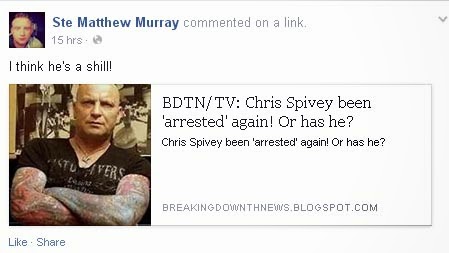 Read more: Chris Spivey has been ‘arrested’ again! Or has he?
http://breakingdownthnews.blogspot.co.uk/2014/10/chris-spivey-been-arrested-again-or-has.html

WHAT CAN WE DO?

Many people are coming to Chris Spivey’s defence by sharing the news and voicing their outrage, but what can we do?

While Chris Spivey will be the first to call for war, the question on everyone’s lips is what can we do right now?

GO TO THE SOUTHEND POLICE STATION WHERE CHRIS SPIVEY IS BEING HELD AND SHOUT OUT OUR SUPPORT. 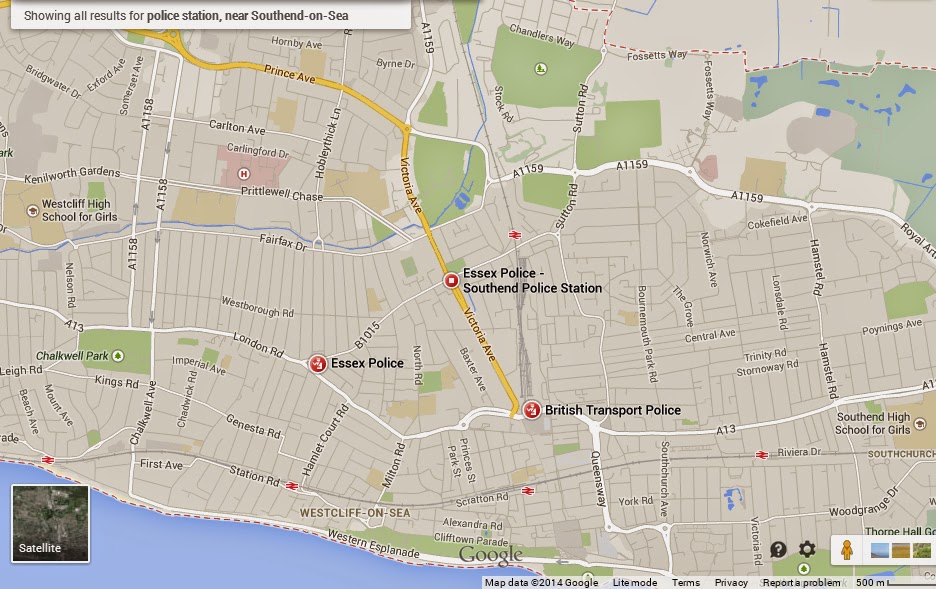 We know the last time Chris Spivey was arrested, he was left deflated and disappointed that having been detained for over 24 hours, there was no-one outside the police station to meet him when he was released.

Chris Spivey needs to know he has support and the best way to show our support is to literally go to the Southend Police station where he is being held and shout out our support with anything at hand, be it with loud speakers or cupped hands.

Posted by Guerrilla Democracy News at 08:14