CHRIS SPIVEY: THE HIGHEST-PROFILE CONSPIRACY THEORIST IN THE WORLD. 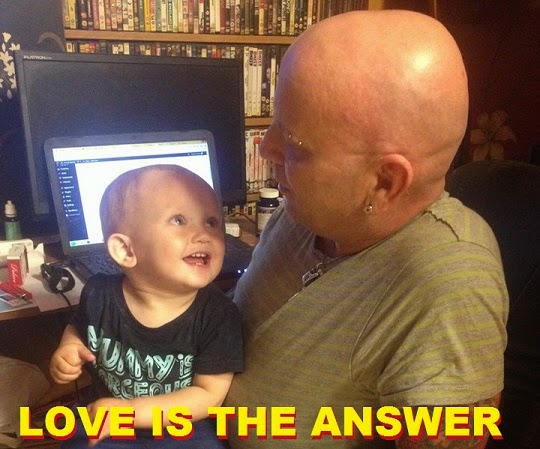 Following the second illegal arrest of controversial on-line writer Chris Spivey, his local newspaper The Echo has gone one step further and described Chris Spivey as “now one of the highest-profile conspiracy theorists in the world.”

Having reported the arrest of Chris Spivey on the 30 July 2014 in , alongside the Sun and the Daily Mail newspapers, the Echo report:

Chris Spivey, 51, was arrested at his home in Rochford, but police have refused to reveal why.
He was previously arrested on suspicion of harassment via social media in July after he claimed the British establishment hoaxed the soldier’s public beheading to foster hatred against Muslims But police said the latest arrest was for an unrelated matter.

While the Echo hadn’t a clue what that ‘Unrelated Matter’ was at the time of printing, we know from Chris Spivey that the ‘unrelated matter,’ was pictures of child pornography and bestiality.

Yes, it was only a matter of time before Chris Spivey was accused of being a paedophile and a sheep shagger!

As Chris Spivey wrote in the ‘Scandal’ article relating to the second arrest.

“So, what was the charge?
Indecent images on my stolen computers apparently. Worse still, indecent images of little girls, little boys and bestiality – which covers just about every angle really… My bad!”

And that wasn’t all he wrote:

Bucking the recent trend of not naming names, Chris Spivey came out in deviant mood, with his first article since his most recent arrest, to expose a well known Alternative View personality as being instrumental in getting those incriminating and illegal pictures onto his hard-drive.

You see, it would appear that things started to go downhill for Chris Spivey after taking Jimmy Jones aka The Outlaw’s (JJ) advice to get himself a new tech guy who knew what he was doing.

Up until then Chris was happy with his site and it wasn’t costing him the price of a monthly mortgage to run it. As he admits in his ‘Scandal’ article:

“Now, as you all can see I had no reason really to distrust JJ back then and with me being computer illiterate and in desperate need of a Tech Guy – just to check that my site was secure – I was extremely grateful when Jimmy came up with a fella willing to have a look at the tech side of my site.”

I’ve had a confrontation of sorts with Jimmy Jones myself.

It was while I was being smeared by the UK Column crew. I had been dumped from their forum and my £15 a year subscription for their newspaper was declined. 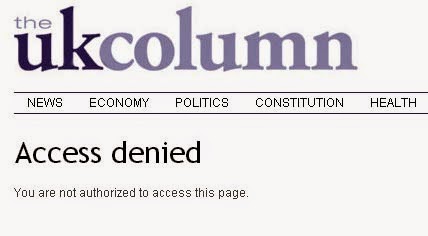 READ MORE: THE ELITEOF THE AV EXPOSED AS PAWNS IN A MI5 PSY-OPERATION.

I admit I was feeling hard-done-by and victimized.

So, you could imagine my mood when I discovered my Guerrilla Democracy News link on Jimmy Jones Essential Links page was missing.

“What’s Jimmy Jones problem with me now?” I thought and went to search him out on Facebook to ask.

Low and behold, Jimmy Jones had un-friended me and I couldn’t message him personally because he wasn’t my friend and I wasn’t about to send a new friend request to ask him.

“Wow, Guerrilla Democracy News has been dumped from your essential links and it would appear you have dumped me as your FB friend…
Was it something I said?”

To which he kindly explained:

“Not at all mate :)
I am checking and re-sorting the essential links as some were corrupted and were directing readers to completely different sites for some reason.
They will be reinstated when I sort out the problem.
As for Facebook, I have deleted my account due to my stalkers and assorted trolls copying almost everything I write, and hosting it on hate sites as well as editing certain things to report to the police.
Plus they were stealing personal photographs of friends’ children.
The links will be back up soon.”

Of-course I pledged my support to him.

“Yes I've been following your story and quite frankly I've been scared shitless. I don't want to deepen the mood than it already is, but reading what you are going through horrifies me and I thank my lucky stars I'm not going through at least 10% what you are going through.
The reason I'm remaining quiet on the matter is that I'm scared. Maybe not for you, but for me.
Child-abuse scares the shit out of me and the thought of dealing with the horror stalker which you have stalking you makes me literally shiver with fear.
I'm ready to be brave now and stand shoulder to shoulder.”

Well after that little spat I didn’t give Jimmy Jones anymore attention.

JIMMY JONES: WHO WOULD HAVE BELIEVED IT?

With Tom Cahill holding the top spot as the most obvious shill and Co-Pro-Intel-Operative (I know all the slang I do!) operating in the Alternative Media, Chris Spivey has come along and has changed the status quo.

Ironically Jimmy Jones most recent article is on this very subject: Is Disinformation and Propaganda making the Truth Movement Impotent?

Boring the reader with over a 100 words, Jimmy Jones ends with this cop-out:

“I have no intention of singling out, nor am I going to name any one person I believe is spreading disinformation, I merely wish to present my own views of what I perceive to be the weaknesses of, and the obviously disrupting elements that exist within the Truth Movement.”

“Tom Catpooo, the government paid, feces obsessed jungle junkie who is incapable of processing the most basic of facts, Sharon Zeki, the god obsessed stupid slag who can’t stand rejection and writes needy shite poetry in adoration of the paedophile Michael Jackson, Charlie Fucks, the pathetic wannabe who never will be, but does a nice line in bullshit & thinks the world owes her a living and Jane Russell, the acid tongued, hypocritical ice bitch who never did anything for anyone except slag them off – I am going to expose you all for the lying shite scumbags that you really are… Moreover, I am not going to do it with guesses, lies or distorted facts. I am going to do it with printed proof and I am going to be scathing… Oh, and I’m not finished with you yet JJ, ya fucking two faced, back stabbing, paedophile protecting cowboy.
None of you have done fuck all except slag others off and foster mistrust in the Alternative Media.
So lets see who is still standing tall at the end shall we?”

Posted by Guerrilla Democracy News at 07:33