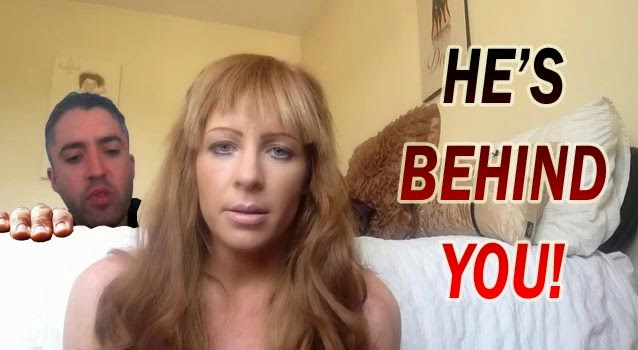 Danielle la Verite the new darling of the Alternative View media, now ranked up there with Kerry Ann-Howitt, wrote this today:

“It's really difficult to relate to people, that because we who have people following our videos, articles or shows, that we're not in cahoots. I get passed tons of information that most people don't see or hear about. Those of us who interview one & other or share someone else's work, are simply uniting against the system - not any of you lot. We're the ones putting our arses on the line & if any of you decided to do the same, you'd very quickly see how you'd get accused of all manner of ludicrous shite. Yes, there are of course people put in front of you to create chaos but have a bit of sense about you & really think it through before you judge. I, like many others have sacrificed our anonymity to try to make a change. You can & should do the same.
The most ridiculous claim, is that this is a lucrative occupation - I can absolutely assure you, it's nothing of the sort. Most of us put our arses on the line for no monetary gain whatsoever & none of us have a pot to piss in. So before you get sucked in to the cognitive dissonance - think about what we've done. You have your anonymity, you don't have trolls, or police, or liars up your arses on a daily basis.
Just think on”

Which got me thinking:

ALL IN ALL IT’S BEEN WORTH JOINING THE ALTERNATIVE VIEW.

Danielle does make good points which I can identify with.

Joining the AV community has cost me ‘personally’ in more than the financial sense of the word.

I lost my friends and now I’ve lost the 13 year relationship with my partner Karina.

READ MORE: MATT TAYLOR IN BUST UP WITH FRIENDS.

Having splashed out £500-£800 on the Ian R Crane’s AV5 fiasco, I know more than many what’s it’s like to be, up-close and personal with the Alternative View’s elite.

I shalln’t go over old ground again, but I written an article which covers my dealing with the Alternative View since 2012 when I just became involved.

PLEASE READ: WELCOME TO THE WORLD OF THE AV.

But, no matter how “sensationalist” Ian R Crane calls me, I’ve still got a bug-in-my-bonnet that an Ultra-Sonic Weapon was used against the AV5 Delegation all Saturday night and Sunday morning.

I WANT MY MONEY BACK GOD-DAMMIT.

WHAT IS YOUR RESPONSE TO THOMAS SHERIDAN’S CLAIM THAT AN ULTRA-SONIC WEAPON WAS USED AGAINST THE AV5 DELEGEATION?

“Matt, you have proven time and time again that your primary motivation is to be sensationalist without bothering to offer even the most basic research to support your conjecture and accusation. As most people attending AV5 were in possession of either a 'Smart' phone or camera, I am surprised that no-one has posted a photo or video evidence supporting your sensationalist claim that such device was deployed! Consequently, I have not made any comment on any 'ultra-sonic weapon' allegedly deployed at AV5, 'cos I neither saw nor witnessed anything to justify making any statement. I believe Thomas Sheridan claimed that he didn't feel too welll on the Sunday morning ... but neither did a number of others due to them taking advantage of being amongst like-minded people and talking over a beer or three long into the night! Seemingly, the 'Ultra-sonic weapon' is totally ineffectual upon those of who elected not to indulge in copius quanties of alcohol! Maybe there's a design fault?”

So there you go Thomas Sheridan, Ian R Crane dismisses your claim as fiction thought up after the indulgent of “copius quanties of alcohol!”

FUCK YOU IAN R CRANE: YOU ARE AN ARSEHOLE.

This is from a guy who wouldn’t tell us the full story of what happened to Gregg Nikolettos on the golf green of Sunday morning because he was concerned of spreading ‘conjecture,’ only to bang on about Gregg’s missing 60 hours in and a mysterious Homeland Security guy who lead Gregg astray!

While I’m calling Ian R Crane an arsehole, I’m not accusing him of being a shill or pro-co-blow-dooh or whatever it is?

“All the time I have worked with Ian, I have never known him to be anything but upfront and honest. He has never given me any reason to doubt his integrity.”

Is good enough for me! 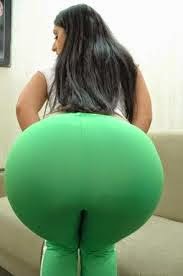 But and there is inevitably a BIG BUT!

Chris Spivey has demonstrated that even the most well known Truther’s in the Alternative View scene are frauds and shills.

I have done it myself catching the crew at the UK Column smearing my name.

“If you listened to everything you heard, you'd have to deduce that absolutely everyone in the truth/ alternative scene is a troll/ disinfo agent/ insider, including you and me. If there's a concerted plan afoot to sow disillusionment in this scene, in making it unclear who you can really trust, I'd say it's succeeded. At the end of the day, all you're left with is your own personal judgment and intuition as to who's the real deal and who’s suspect.”

TRUST NO-ONE AND THAT’S THE END OF THE TRUTH MOVEMENT.

Yes, even though I haven’t got a pot to piss in, even though I’ve lost all my friends and about to move out from my relationship after 13 years, and even though I’m now viewed as a NON-VIOLENT EXTREMIST by David Cameron; I say it’s been worth it.

Knowing the truth has been worth all the heart aches, all the ridicule and all the mocking.

(In fact I’ve got another name to add to the list of know shills; I’ll explain why later.)

Can go fuck themselves! We in the Alternative View are on a mission. Nothing will stand in the way and the likes of you, David Cameron and Queen Elizabeth II will not stop us from victory…