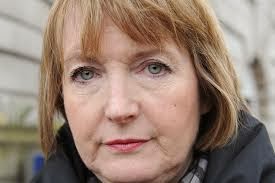 Harriet Harman, the deputy leader of the UK's Labour Party has come out, full force, in defending her honour against paedophile “innuendo.”

Being the first to do so, Harriet Harman tackles every allegation head on by issuing a point-by-point rebuttal to each “horrific allegations.”

Taking the lead from her boss, Ed Miliband, Harriet Harman attacked the Daily Mail for launching a “politically-motivated smear campaign” against her and her husband, Jack Dromey, over claims they were linked to a paedophile campaign in the 1970s.

Harriet Harman said in a statement: "This is not the first time the Daily Mail has made this horrible and untrue allegation;” making one wonder why she choose now to defend her honour?

As she continued in her public statement, “And, this is not the first time the Daily Mail has attacked me. The editor and proprietor of the Daily Mail are entitled to their political views and they are of course entitled to oppose what I stand for but they are not entitled to use their newspaper to smear me with innuendo because they disagree with me politically and hate my values.”

While some commentators are pointing to the carefully worded statement, in particular the fact that she sees these allegations as “political” rather than moral, and again accusing the Daily Mail of “hate” against her values, rather than morals.

In a series of articles, the Daily Mail had accused Harman and her husband Jack Dromey of being apologists for child sex abuse, having a relaxed attitude to paedophilia and wanting to water down child pornography laws when they were officials at the National Council for Civil Liberties (NCCL), which at one point was affiliated to the PIE.

Jack Dromey said in defiance, “Sexual abuse of children is evil and I have always viewed paedophiles and any group associated with them as evil. During my time on the NCCL executive, I was at the forefront of repeated public condemnations of PIE and their despicable views.”

Harriet Harman's rebuttals one by one. 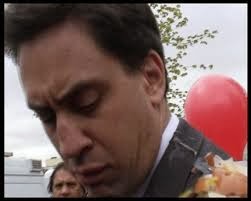 Ed Miliband stands by his deputy.

Labour sources said Ed Miliband had looked into the claims made by the Daily Mail and regards them as “complete nonsense.”

A senior source in the Labour party said, “ There is a strong feeling in the party that this is a politically-motivated campaign by the Daily Mail.”

When the Alternative Media works with the Mass Media.

Harriet Harman's bold move to face these allegations head on, is a direct result from the collaboration between the alternative and mass media.

Posted on every Truthers website is a comprehensive list of alleged paedophile MP's, including Kenneth Clarke, Leon Brittan, Gordon Brown, Peter Mandelson and Tony Blair, (to name but only a very few.)

Read more: The stench of Perversion is unbearable. 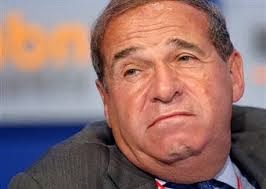 The actions of Harriet Harman demonstrate that the relentless campaigning and ever increasing readership of the alternative media, is driving the type of stories which the mass media are now exploring with more vigour.

While Harriet Harman hasn't commenced legal action against the Daily Mail, she has defended her honour publically replying to these “horrific allegations.”

Lets just hope that her Right Honourable Gentlemen do the same and defend their honour against paedophile allegations too. Their continuing silence only adds to their perceived guilt.

Posted by Guerrilla Democracy News at 12:53