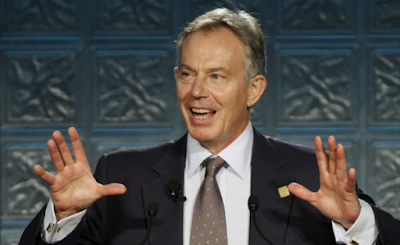 While British Prime Minister Tony Blair is under criminal suspicion in the “honours-for-cash” scandal that has rocked his Labour government, we have been told that there is an even more explosive scandal that Blair, up to now, has managed to hide behind the draconian British policy of issuing “D-Notices,” government orders that prohibit the British media from reporting on certain “national security” cases.
In 1999, an international investigation of child pornographers and paedophiles run by Britain’s National Criminal Intelligence Service, code named Operation Ore, resulted in 7,250 suspects being identified in the United Kingdom alone. Some 1850 people were criminally charged in the case and there were 1451 convictions. Almost 500 people were interviewed “under caution” by police, meaning they were suspects. Some 900 individuals remain under investigation. In early 2003, British police began to close in on some top suspects in the Operation Ore investigation, including senior members of Blair’s government.
However, Blair issued a D-Notice, resulting in a gag order on the press from publishing any details of the investigation. Blair cited the impending war in Iraq as a reason for the D-Notice. Police also discovered links between British Labour government paedophile suspects and the trafficking of children for purposes of prostitution from Belgium and Portugal (including young boys from the Casa Pia orphanage in Portugal).
Tony Blair: stifling investigations of paedophiles in his Labour government.
In the United States, Operation Ore’s counterpart was Operation Avalanche. However, U.S. authorities only charged 100 people out of 35,000 investigated. The international paedophile investigation began when Dallas police and the US Postal Inspection Service raided the offices of Landslide Productions of Fort Worth, Texas and confiscated records on thousands of people around the world who were child pornography customers of the firm. Landslide’s halcyon days as a Fort Worth-based international online marketplace of kiddie porn was during the term of Texas Governor George W. Bush.
WMR has learned that the Bush administration, like that of Blair, is rife with paedophiles in top positions. The paedophile network also extends to the U.S. defense industry, particularly some of the companies that have been involved in the sexual abuse of minors at overt and covert U.S. prisons in Abu Ghraib, Iraq; Guantanamo, Kosovo, Afghanistan, Thailand, and now, at three prisons in Ethiopia.
Source: Wayne Madsen
‘commons clerk on trial after IT find thousands of images of children performing sexual acts’
Tony Blair’s closest confidante’s is a practising paedophile, are even suggesting that this particular scandal, and not Blair’s repeated lies and fabricated reports in regard to Iraq, may well prove the downfall of a government mired in sleaze and corruption.
The Sunday Times is reported to have obtained an FBI list of Labour MPs who have used credit cards to pay for internet child pornography, and Blair has responded by imposing a massive news blackout, failing however to stop the arrest of one of his most important aides, Phillip Lyon.
Lyon used his computer “to pursue his interest and perhaps curiosity in this type of material. He searched for it on the internet and, when found, downloaded it for his delectation later”, said Ms Karmy-Jones.
Lyon, 38, from Stanford le Hope in Essex, denies 12 specimen charges of making an indecent image of a child between October 2001 and April 2002. “It is like a drug, you try one and you want to try something harder, and it has a snowball effect,” he is alleged to have told officers when arrested.
Lyonworked in the Upper Table Office, where he met MPs, the Speaker, and Deputy Speaker while checking parliamentary questions and administering early day motions. “He needed skills in computing and the internet,” said Ms Karmy-Jones. “He is an intelligent individual, and knew full well what he was doing.” When first interviewed, he allegedly told police he did not distribute material – “I just look at pictures.”
Ms Karmy-Jones told jurors: “This case is about child pornography – what others might call photos of child abuse. When I say child abuse, it may sound harsh, but it is the nature of these images which is central to the case. They are unpleasant and disturbing.”
She said the issue might be whether it was Lyon who downloaded the images. “We say it is clear he was that man.”
Under Blair’s government paedophiles get off with a slap on the wrist and never seem to suffer the full weight of the law – no shock there then!
There is a lot more here that is being exposed. We already know about  Lord George Robertson’s (ex UK Defence Secretary 1997/98 and Sec Gen of Nato) links with Thomas Hamilton (Dunblane), procurer of young boys and a massive British  establishment [Masonic] cover up.

Posted by Guerrilla Democracy News at 05:06