The true story of why media mogul Rupert Murdoch divorced his Chinese wife Wendy Deng after 14 years of marriage, is coming to light following a new tell-all memoir by Chris Mitchell, the former editor-in-chief of Murdoch's flagship publication, The Australian newspaper.


Revealed for the first time:

Once a close friend of Murdoch and Godfather to his son, the former Prime Minister Tony Blair has been accused of having an affair with Wendy Deng.

“I was in Australia. When I got back, I naturally asked the staff, and it opened up. That's the story. And then, you know, a week later I filed. As soon as I could find a lawyer,” Murdoch said.

In 2014, Murdoch famously told Fortune magazine that he was "shocked" when he first read his wife's diary entries in which she described having “warm feelings” comparable to a 'crush' on Tony Blair.

Cherie Blair has never publicly commented on the alleged affair, while Murdoch has gone on to marry aging supermodel and ex-wife of Rolling Stone's Mick Jagger, Jerry Hall.

Tony Blair and Wendy Deng have both strongly denied having an affair. 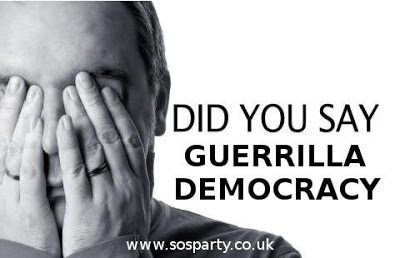 Posted by Guerrilla Democracy News at 14:18