“September 11th was the jumpstart for what is now an accelerated agenda by the ruthless elite: it was a staged war pretext no different from the sinking of the Lusitania, the provoking of Pearl Harbor and the Gulf of Tonkin lie.  In fact if 9/11 wasn’t a planned war pretext, it would be the exception to the rule.  It has been used to launch two unprovoked illegal wars – one against Iraq and one against Afghanistan.  However, 9/11 was a pretext for another war as well: the War against You.  The Patriot Act, Homeland Security, The Military Tribunals Act and other legislations are all completely and entirely designed to destroy your civil liberties and limit your ability to fight back against what is coming.  Currently in the United States unannounced to most brainwashed Americans your home can be searched without a warrant without you being home, you can in turn be arrested with no charges revealed to you, detained indefinitely with no access to a lawyer, and legally tortured all under the suspicion that you might be a terrorist … Let’s recognize how history repeats itself.”

On the eve of the 9-11 anniversary, it is imperative to look at government caused and staged events from the angle of extreme criticism. This criticism need not be considered from the standpoint of speculation or ‘conspiracy theory,’ although any collusion at high levels for the purpose of attaining a particular outcome is certainly conspiratorial. As is indicated in the quote above, false flag events are always meant to fool the people into supporting a particular agenda sought by the ruling ‘elites,’ and in turn are designed to be a war against you as citizens of a corrupt state. The most recent false flag has been this manufactured hoax called the coronavirus ‘pandemic,’ but this can only lead to false flag after false flag. This domino effect is now fully in play, and the victims of this nefarious plot are the masses called the 99%.

Yes, there is a difference in the manner of tyranny, but it is nonetheless tyranny at every turn. In fact, each false flag event leads to and enhances the next false flag event. This should be evident to any paying attention, but sadly, few in this country have the impetus or intellectual capability to follow the trail of deceit practiced by the ruling class and their political pawns in their game of attaining total control over what has become a modern proletariat. After 9-11, privacy was mostly eliminated, arrests of citizens without cause or warrant was legalized, being detained without access to due process and being suveilled at every turn became the ‘new normal.’ With those powers now in place, and the populace conditioned to accept this assault against liberty, the current false threat has taken a similar turn with a slightly different approach. Instead of a false terror threat by monsters from afar, the false threat today is said to be a killer ‘virus.’ Instead of the Patriot Act, we now are under emergency orders that have been used by the federal government as well as all state and local governments. Instead of arrests for being a terror suspect, arrests now take place due to being labeled a threat against society due to flu symptoms, or simply due to a positive test result, even without symptoms. Instead of being held in jail or physically tortured, people are forced into home confinement by orders from lowly politicians or local or state ‘health’ departments. Instead of being detained indefinitely, one may be detained for as long as the state deems a person to be a health threat by ‘self’ imprisonment. Instead of being water boarded, the public at large is required to wear oxygen-stealing masks, and avoid all social contact.

So the new normal, which is completely absurd, has taken much of the horrendous legislation that was passed after 9-11, and given it political steroids to do the same things in a different manner. Much of the legislation passed was said to be temporary in order to fool the public into accepting the emergency dictates. Of course, they are never temporary, and remain in place forever. Now, the lockdowns, or self-imprisonment, the quarantines, the isolation, business shutdowns, tracking and tracing, mask wearing, and distancing are all said to be temporary. The same will be claimed about the coming deadly vaccine. Most all liberty stealing legislation and executive orders enacted after every government false flag event have remained in place, all with the hope that the people are too ignorant to see what is happening right before their eyes. This seems to have worked well in the past, so what will happen this time around? Will all these temporary draconian measures simply go away as promised after the so-called ‘virus’ threat subsides, or will the ‘new normal’ instituted by the evil liars and cheats in the political class retain these measures for future use? There is only one answer to this question, and in this case, history will definitely repeat itself.

So what difference is there between the 9-11 false flag exercise and the current Covid-19 false flag? As mentioned, the differences are only at the margin, as everything that is initiated and implemented by the state is meant to force compliance by the herd, to gain their conformity due to fear, and to prosecute a war against all of us at each and every level required in order to gain more power for the state and total control over the masses. This is the real agenda, and has always been the main agenda. Power and control are the underlying aspects and core convictions of all government action. The government, even though the more powerful ruling class of banking, corporate, and wealthy claimed elites control it, is the enforcement arm of the real power. Government therefore, is the closest to the people, and by tearing down government power, the top tier of the ruling class become exposed and vulnerable, and more unprotected. So mass resistance against government can lead to tearing down the system of power and control, and help to lead us back to more freedom and less oppression.

That is what is coming, and there is only one thing standing in the way of the oppressors, and that is mass resistance by the majority. Without the courage to fight against the ruling class, we will soon be left with nothing, and will have allowed our own servitude.

The False Flag Operation takes the concept of black propaganda to a murderous extreme.  Secret agents carry out an act of terrorism or other outrage which is then blamed on the enemy of choice. 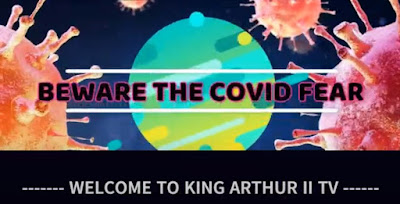 Posted by Guerrilla Democracy News at 11:40

Email ThisBlogThis!Share to TwitterShare to FacebookShare to Pinterest
Labels: covid 9/11