My name is Fiona Barnett. I was born Fiona Rae Holowczak, on 28 October 1969, in Sydney, Australia. I am a victim of CIA child trafficking, Luciferian ritual abuse, and Project MK-ULTRA. 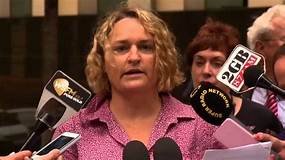 I reiterate: Child trafficking is run as a single integrated WORLD operation. This operation is coordinated by the CIA.