I BELIEVE IN JOHN WANOA; DO YOU?

As a King’s man through and through, I believe in John Wanoa, native Moai King of and Surrogate King William IV, King of England of the “ROGAN” English Royal Monarch family.

As far as King John Wanoa and I are concerned, Elizabeth Windsor aka Queen Elizabeth II has abandoned the British People and the World’s Common Wealth People’s to bankruptcy and ruin having taken refuge in .

Hence our police officers will no longer pledge allegiance to the Monarch of Great Britain, but the European Union instead.

Read this if you doubt me: Police angry at threat to drop Queen's Oath.

The "VATICAN CITY" Corporation mortgaged QUEEN ELIZABETH II" Corporation over your British Citizens an astronomical amount and worst of all the King George I, II, III, IV, V, VI Monarchy is Corrupted by QUEEN ELIZABETH II and removed from the soil land of England to the soil land of Brussels where she belongs now with her Royal Family and stolen wealth off England s soil land.”

You only have to watch John Wanoa enjoy his breakfast in this wonderful video in which he explains everything in plain language as a Monarch should.

“THE QUEEN HAS JUMPED SHIP INTO THE EU PARLIAMENT AND LEFT EVERYONE WITH NOTHING.”

“So now MOAI and KING William IV has to Salvage the lot that she stole back to the People who join us to claim this Pound Note Creditors Instrument Debtors Levy Pound Note Money and Coins Gold Property created by martial Law Jurisdiction.”

Celebrating the 800 year anniversary of King John I’s Magna Carter, history is completing its cycle and introducing a new King John II, bringing his own indelible stamp on world history.

While King John I has gone down in history as a bad monarch and ruler, King John II is primed to set the world alight and influence world affairs for the next 800 years, following the example set by his predecessor.

As a bit of background to King John I, let me hand you over to Dan Jones, who writes in the Telegraph newspaper:

“So the Plantagenets were in chronic need of money and squeezed the country – particularly the barons – hard. That would have been bad enough – but in 1199, along came John.
John’s reputation was abysmal in his time, and has remained so ever since. “Tyrannous whelp”, was how one chronicler described him: he was generally thought to be untrustworthy, mean-spirited, cruel, violent and paranoid. He had a legalistic mind and grasp of the machinery of government that amounted almost to genius, but he was also a second-rate and unlucky military leader and an eminently dislikable man.
In 1203-04, John lost the Plantagenet lands in , , and . He subsequently fell out with the church to the point where the Pope placed under Interdict and excommunicated John personally. He murdered his nephew and rival Arthur of Brittany and killed scores of hostages and several old friends – including one baron’s wife, Matilda de Briouze, who was starved to death in the same cell as her son and died mad with hunger trying to eat her dead boy’s face.
On top of all this, in his efforts to raise the money to take an army to France and reclaim the lands he had lost, John ratcheted up the financial extortions on the English barons to an unbearable degree, levying huge fines on individual lords. It was also said that he seduced several of their wives and daughters.
By 1215 a large group of his nobles had had enough. An attempt to assassinate John in 1212 failed, but after the king’s continental allies suffered a humiliating military loss at the of Bouvines in 1214, the English barons rebelled and a civil war began. The peace talks to try to stop that war from escalating resulted in this treaty: Magna Carta.”


Forced into a corner King John I would have done anything to save his arse to live another day, hence the Magna Carta, whose influence is still being felt today came into play.

It can even be argued that the Magna Carter heavily influenced ’s Declaration of Independence and the Bill of Rights.

Considering the Magna Carta of 1215 was nullified by the Pope after eight weeks, (which says a lot about the collusion of Church and State,) its spirit has endured as its legacy burns as bright today as it did for a mere eight weeks, 800 years ago in 2015. 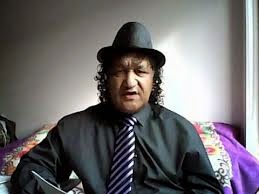 WHAT IS KING JOHN II BRINGING TO THE TABLE?

“I set up MOAI CROWN MONARCHY Titles to BRITAIN and the WORLD COMMONWEALTH AUTHORITY RULING EMPEROR with KING WILLIAM IV POUND NOTE and COINS CURRENCY and Parliament High Court of Admiralty Law transfer of this power to UK Parliament.”

Not only has John Wanoa booted Queen Elizabeth II of the British Throne with the authority of King William IV’s Law, he brings many more riches for the British and Common Wealth People’s.

NEVER IN THE HISTORY OF THE WORLD HAS ONE MONARCH BEEN SO GENEROUS.

With LIQUID HYDROGEN JET FUEL produced by the process of tidal electricity, John Wanoa predicts we can use the fuel to fly to the moon…

And this isn’t the end of John Wanoa’s vision for the world.

KING JOHN WANOA HAS GOT IT ALL.

“I John Kahaki Wanoa Customary Legal Advocate of Auckland New Zealand swear in front of GOD Almighty my allegiance and OATH of OFFICE to KING WILLIAM IV and MOAI EARTH GOD Creator of Heaven and earth.

That I PROCLAIM to now be "KING WILLIAM IV SURROGATE KING OF ENGLAND" By Default of the out gone EX QUEEN OF ENGLAND now CEO Elizabeth Windsor Mountbatten GEORGE, of the MAFIA QUEEN VICTORIA ROTHSCHILD Fraud Banking family.”

My sister often asks me who will arrest the bent police officers who do the evil Queen’s bidding; to which my answer remains; The Royal Military Police.

King John Wanoa intends to do the same, by ordering his Royal Military Policemen and women to search the globe and retrieve all the Gold bullion robbed by the 300 European Royal Families and the Rothschild Banking families.

“Prince William and the Rothschild s will be BOOTED out of ENGLAND as ENEMIES of MOAI CROWN KING WILLIAM IV RULING AUTHORITY as we lodge this in the HIGH COURT OF ADMIRALTY LONDON before ELIZABETH GEORGE or PRINCE WILLIAM tries to RULE BRITAIN.”

Make no mistakes, King John Wanoa’s hatred towards the evil Queen Elizabeth II and the Rothschild bankers know no bounds.

“They are ENEMY and THREATS on British Citizens and may be thrown out and stopped from Ruling into the ground for their own wealth.”

“WE SEIZE all the wealth back with a MOAI KING WILLIAM IV Devonport ADMIRALTY COURT MARTIAL WARRANT to HANG under the 1834 HANGING IN CHAINS ACT!”

Sir, I am Private Matthew Taylor 25074661 and I’m writing to you on King’s Bench Business.

This is fore-warning that native Moai born John Wanoa has assumed the British Throne from Elizabeth Windsor, as the Surrogate King William IV, King of .

For your information Sir:

I trust John Wanoa will receive the full co-operation of the Royal Military Police, when he orders you to do so.

ELIZABETH Windsor Mountbatten GEORGE has been given every opportunity by King John Wanoa to refute the many affidavits he has published on Facebook.

THEY WILL ALL HANG.

“This Affidavit is admissible Evidence in the High Court of Admiralty in London that if ELIZABETH WINDSOR GEORGE CEO Abdicated her FRAUD Monarchy Title Crown to Prince William Prince George of Prince Charlie, then this is a Punishable Offence by HANGING and EXECUTION.”

I BELIEVE IN JOHN WANOA; DO YOU?