SOMETHING IS BROKEN WITH IN THE HEART OF GREAT BRITAIN.

Kevin Annett, a Canadian priest and Secretary of the International Tribunal into Crimes of Church and State (ITCCS), has publicly declared to the world in a Youtube video that Senior Ninth Circle members include Pope’s Francis and Benedict, Archbishop of Canterbury Justin Welby, two British High Court judges, at least one Catholic bishop in Canada, senior government ministers in Belgium and England, and members of the British, Dutch and Belgian royal families; routinely conduct rituals involving the routine rape, torture and murder of children and newborn babies.

The British Royal Family have their backs against the wall and must now answer. 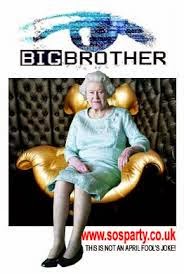 Matt Taylor and the British People.
THE END IS NIGH. 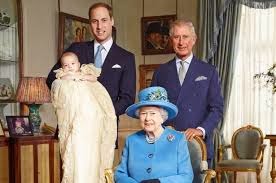 In what can only be described as the most serious allegation to be made against any British Monarch in history, Kevin Annett has blown open the veil of secrecy that hides horrific crimes against humanity.

Being named as members of a satanic cult is one allegation too far.

Any person of any class would be asked to defend themselves. Regardless whether a royal or a serf, an allegation of rape, torture and the murder of children and newborn babies, must be answered.

AN ALLEGATION TOO FAR.
THE QUEEN MUST ANSWER.

REQUEST FOR ACTION TO THE BRITISH PEOPLE.

We want men and women to train as our police force and realize that children are dying horribly as we speak. Protecting those children will be the first job of our trained sheriffs and peace officers. We want you to detain and incarcerate the guilty. You will be deputizing other men and women to form Direct Action Units to enforce the standing arrest warrants against criminals named by The International Common Law Court of Justice (ICLCJ) in Brussels, like Joseph Ratzinger and Elizabeth Windsor.

We can only protect our children by tracking down and stopping those who are raping and killing them, starting with the sick monsters known as the Ninth Circle.

According to Kevin Annett the most recent gatherings of the Ninth Circle occurred in the crypt of Caernarfon Castle in Wales, and within a subterranean vault beneath Marie-Reine-du-Monde Roman Catholic cathedral in Montreal, Canada.

At least two of the primary defendants were identified at these recent gatherings, where children under five years of age were ritually killed.

A CALL FOR ACTION.

We want men and women to attend the next major conclave of the Ninth Circle at the Montreal cathedral, at 1085 Rue de la Cathédrale, scheduled for August 15, 2014.

Offers to assist in such direct action against the Ninth Circle have already been received from policemen and politicians in Europe, and local sheriffs and active service marshals and soldiers in America.

Last week, the Court commenced training programs for common law peace officers in thirteen countries. For information how to join the nearest training program and their Direct Action Units, write to itccscentral@gmail.com or phone 386-323-5774 in the United States.

This message was issued in recognition of the Public Information Agency of the Prosecutor’s Office of The International Common Law Court of Justice (ICLCJ) in Brussels.

http://itccs.org/
Thank you for making our world a better place.
Posted by Guerrilla Democracy News at 04:40