David Boyle blew away the AV5 audience last week with his revelation that in only 10-12 weeks time, he and his partners will be unveiling a revolutionary Solar Power station capable of producing unlimited energy with zero pollution.

Speaking to a packed audience of 200 delegates, David Boyle revealed that in partnership with the Larkfleet Group based in Lincolnshire, a ‘solar steam’ system consisting of panels which focus the sun’s rays onto metal tubes filled with water, will heat the water to produce steam which can be used to drive a generator to produce electricity.

Having seen for himself the power of sunlight on metal and how metal expands, he converted the idea to instead focus the sun’s rays onto metal tubes filled with water, thus harnessing the Sun’s rays to heat water, to produce steam which can be used to drive a generator to produce electricity. 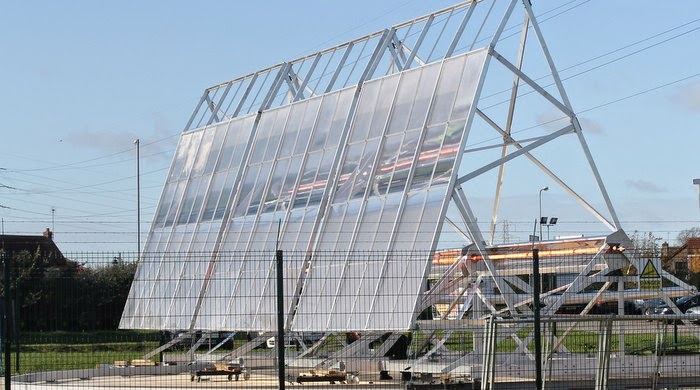 The panels are mounted on a rig which will rotate to track the movement of the sun through the sky during the day.

Having tested the effectiveness of the equipment in British winter conditions – tests indicate that it should be possible to produce some power even on cold and cloudy days.

Having built a full scale Solar Power station the hope is for the system to be used alongside traditional power stations which raise steam by burning fossil fuels. The solar steam can be fed to the power station generators so that fuel will need to be burned only at night or on days when solar power is not enough to meet demand.

The system can also be used to desalinate sea water or purify polluted water to produce clean drinking water.

While the experimental solar steam rig measures just over 13 metres (42 feet) long by 5.5 metres (18 feet) high when extended to its maximum, the full-size systems promise be very much larger.

South Kesteven District Council has granted temporary planning consent for the experimental system to be in place for three years.

The solar steam system is the brainchild of engineer and inventor David Boyle, director of Solar Steel Ltd.

Having previously patented his revolutionary ideas and submitted them to approval, David Boyle’s life was turned up-side down by Dark Forces behind the scene doing everything they could to scupper his plans for a unlimited energy source which in effect would spell the end of the petroleum industry.
In a set of unfortunate incidents worthy of a thriller/horror novel, David Boyle watched in helpless horror as his Precision Mould Factory went up in smoke.

You can see for yourself how Dark Forces are doing everything in their power to silence him. Take for example the youtube video below where David discusses the back story only to be jammed from revealing anything more, 3 minutes, 43 minutes into the video.

Filling David Icke’s spot as the Spiritual Leader of the Alternative View, David Boyle has achieved what Einstein couldn’t, namely connecting the scientific world with the spiritual world. 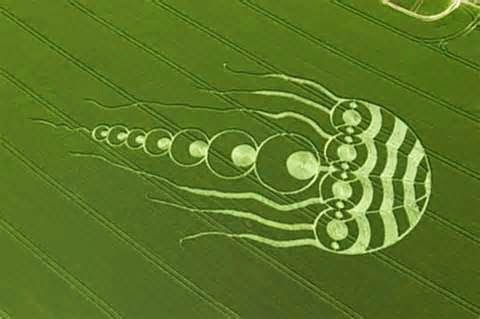 David’s most amazing claim came when he revealed that following his speakers, crop circles appear which confirm what he said the night before.

Planning to build Solar Stations on the edge of deserts close to the sea, David Boyle and the Larkfleet Group promise to covert salted sea water via steam into clean drinking water. With the power of the Sun in their hands, they promise to irrigate useless deserts into fertile fields capable of feeding up to 20 million people.

Make no mistakes about it David Boyle and the Larkfleet Group are on the verge of producing unlimited power, pollution free.

The world will never be the same again.

Stay with Guerrilla Democracy News for more about David Boyle and his amazing mind.

The next piece of revolutionary thinking from David is his proposal of The Council’s of Twelve which promise to do away with Politicians and enables every man and women in the world to become leader of their societies at least three times in their life-times.


To learn more about David Boyle visit his website at www.allthatis.co.uk.

Posted by Guerrilla Democracy News at 04:39