In an extraordinary development in the Greg Nikolettos arrest story over the AV5 weekend in Daventry, Guerrilla Democracy News can exclusively reveal that Greg remains incarcerated in Northamptonshire's Berrywood mental hospital and has not flown home as others have lead us to believe.

Speaking from the Marina Ward, Greg Nikolettos describes his incarceration as having a “spiritual dimension,” adding he had spent six days in isolation, looking at a florescent bulb 24 hours a day with no sleep.”

The last piece of information about Greg was revealed at the end of the AV5 conference by Ian R Crane, who said that he was out of hospital and with both the Australian consulate and Greg's wife informed, left us under the impression that Greg was free, safe, on his way home. 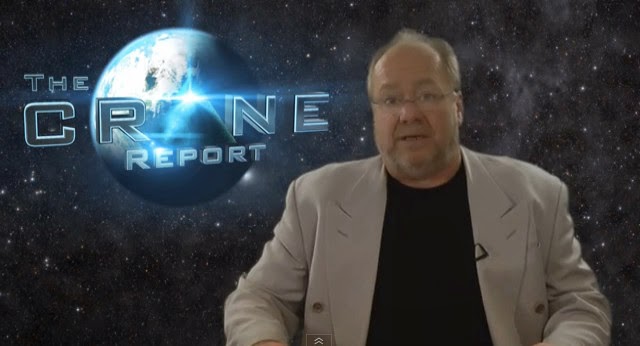 Ian R Crane gave us a further update on Greg's story on episode 13 of the Crane Report, broadcasted on May 27th 2014.

“Greg Nikolettos was unfortunately clearly not himself over the course of the weekend and was then involved in an incident on the sunday morning, which effectively prevented him from participating in the rest of the conference. Now at some future juncture I will reveal the full details of what occurred, but right now I'm not in possession all the full facts and I think it's preferable really not to say too much more at this juncture. I'm sorry if that leads to some conjecture but to as I said I would much rather present the full facts once I'm aware of them rather than half facts and half conjecture.”

Unable to wait for Ian R Crane to possess all the full facts before revealing the full details of what occurred on Sunday morning of the 18th of May, and using witness statements of the delegates on the ground, Guerrilla Democracy can exclusively reveal that not everything is what it seems.

THE FACTS:
“IT STINKS TO HIGH HEAVEN OF A SET UP.”

Speculation is growing of a cover-up at truth convention. The first person to throw doubt into the equation is Greg himself who warned delegates that it all comes down to his presentation, which the people in power simply do not want him to give. As Greg is quoted to have said, “It comes down to the presentation and how invaluable it is.”

Eye witnesses of the incident also have voiced their concerns that Greg was a victim of an orchestrated event decided to smear Greg's character and smear the AV5 truth conference in general.

As the main eye witness states, “It does not sit well with my gut feeling..”

“Then within the matter of seconds heard an almighty commotion - it stinks to high Heaven of a set up, and it looks as if she made her way in quick time to create the situation and how strange on a Sunday morning how quick the amount of police was able to be drawn...”

A SMEAR CAMPAIGN AGAINST GREG NIKOLETTOS.

Asking for everyone to “Pray for him,” Greg is in good spirits as he awaits his Tribunal Hearing on Tuesday 3rd June, in which he hopes to be deemed of “sound mind” and allowed to leave the country.

With many calling into question his mental stability, including Ian R Crane and Thomas Sheridan, Guerrilla Democracy News addressed the issue straight on:
Planning to give his presentation at a later date, Greg said, “Its up to Ian R Crane to decide when and where I give my presentation, but I'm ready to do so.”

Asked what his fans and supporters can do for him during this time, Greg replied with passion, “Just pray for me.”

We are all praying for you Greg and hope you are released from the Berrywood mental hospital to be returned home ASAP.

Posted by Guerrilla Democracy News at 01:32