Reported exclusively by Guerrilla Democracy News, close friends and associates of Greg Hallett have broken the news that Greg has been “disappeared,” a familiar term in the AV for murdered.

As posted by John Paterson, a member of the ever-growing ABEL DANGER group.

URGENT I JUST RECEIVED FROM AN INSIDER;

THE BIGGEST STORY IN HISTORY.

John Paterson updated his status the next day with:

My last post (ON MY PAGE) will be up for as long as I can keep it there, please read it all, follow the links and the thread. This is the biggest story in history, our friend Greg Hallett has just been murdered by these scum.


“I am acting as Proxy, as stand-in for the True Monarch and the True Prince of Wales.”


Contending that Queen Victoria had a firstborn son before King Edward VII and that son, whose name is “Marcos Manoel”, was born in wedlock legitimately, and that he is the True King of England, and his descendants are the True King of England – the true Monarchs of England: Greg effectively made a superior claim to the English Royal family than Elizabeth Windsor, from the Saxe-Coburg and Gotha royal dynasty.

13: LUCKY FOR SOME, UNLUCKY FOR OTHERS. 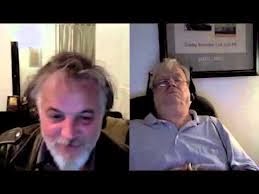 While friends and associates of Greg cannot confirm his death with 100% certainly, they fear the worse having not heard from him for weeks.

Having survived at least 12 attempts on his life, it would seem the 13th attempt has been fatal.

From an interview on the 26th of July 2012 hosted by Jim Fetzer and Jim Viken.

Greg Hallett: Well, you know, it was the 12th one, and I thought, you know, the 13th is trying to be a bit too lucky.

Greg Hallett: The Rugby World Cup was having its Opening Ceremony, so I escaped on that day because all the security was busy and focused inwards on the games and not on people leaving the country, so I literally escaped. I got driven to the airport by somebody who knows what they’re doing and got seen onto the airplane.  It was a great relief to leave. There was an enormous amount of pressure on me.

“I WAS IN TEARS LAST NIGHT.”

John Paterson, who first broke the news on Facebook confesses to have been in tears having heard the news. He said, “I actually prayed for help.”

A member of Abel Danger, a collection of like-minded people exposing false-flag operations through evidence based investigations, John admits that they may not ever recover Greg's body.

“We are getting through,” he said exclusively to Guerrilla Democracy News, “We don't know how it happened but he's disappeared.”

Sending out the signal to scare other people off from walking in Greg's footsteps, dark forces connected with the Queen will face a back-lash from the alternative view movement.

Greg Hallett was not the only one who's calling the Queen a fake and wanted criminal.


Read more: The International Tribunal into Crimes of Church and State.

IS GREG HALLETT IN HIDING?

“If by any chance Greg Hallett is in hiding for a good reason, then at least his disappearance will bring more attention to his revelations,” said John Paterson, “We hope he is alive and well, and if so his return will bring out even more startling revelations, however, I can't imagine anything worse than we already know.”

Echoing John's words, we wish his friends are wrong and that Greg is in hiding for a good reason. 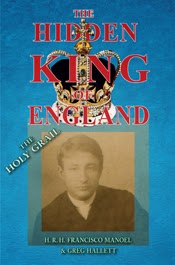 Here are just a few of his explosive revelations: 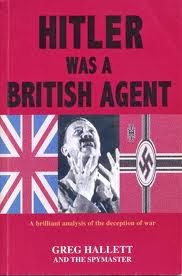 IS IT ANY WONDER THE QUEEN WANTED GREG SILENCED?

Jim Fetzer: I mean, they wouldn’t be too pleased with having the Throne contested.

Greg Hallett: Well, it’s interesting, because we did another video on the 2nd of August 2010 (on Queen Olga Maria’s 80th birthday) which is about 3 weeks after I had been interviewed with you in London. And we delivered a letter to David Cameron at 10 Downing Street requesting him to facilitate the changeover of the Monarchy as we’re the legitimate Royal Family. And I have ‘The Hidden King of England’ book, just 20 copies done, just as a tester, to see what the reaction was etc. And I actually went on a couple of talks up in Scotland on it.

Jim Fetzer: Even though it was registered!

So what they did is, they got hold of a copy of the book, this is 10 Downing Street and Buckingham Palace, and they studied the contents of the book, using scholars etc., and they realised that this was a legitimate and superior claim to the Throne of England.