When will we prevail?

I imagine there are millions of people across the world asking the same question (in an around about way.)

The world changed on the 11th September 2001 when the Twin Towers collapsed, the Pentagon was struck and flight 93 disappeared into a black scar in the ground. The world changed for the worse and it’s been getting progressively worse ever since.

The world's evil satanic cabal delivered a fatal blow to everything that is good and right in the world on that fateful day. The silver lining, if ever there's a silver lining, is that their blatant crimes committed before the world's eyes, woke millions of people up to the global conspiracy being committed against us all on a daily basis.

The truth of the events can no longer be denied. The Twin Towers never collapsed because two planes flew into them.

The most plausible theory for me is the theory put forward by Dr Judy Woods, as promoted by Richard D Hall.

A jumbo jet never slammed into the Pentagon. If anything did, it was a cruise missile.

Flight 93 never disappeared into a field in Pennsylvania. Where's the debris? 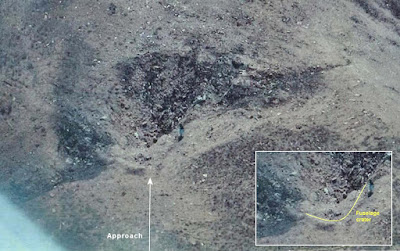 Anyone who still believes the version of events as promoted by the world's governments, has got to be the most gullible and brain-dead individuals to ever walk the Earth. Anyone with half a brain-cell can see through the lies and see the truth for what it is. We are being shafted by the (so called) great and good... We are being taken for fools by the people who tell us they have our best interests at heart. We are being taken as food for the wolves in sheep clothing.

Is there any hope for the people who have invested their hope, love and faith in the very people who are intent on killing us by plunging daggers into our backs? Its heart breaking, truly heart breaking.

How are these people going to survive once the lid of the evil cabal is lifted and the truth revealed?

Who's right and who's wrong? Them or I? Perhaps I'm the deluded one? Perhaps I've got it totally and fatally wrong? It’s a possibility I agree, and something I must be open to, but my gut instinct is telling me I’m right and my confidence in my life's experience and knowledge of politics, current affairs and world events is keeping me on the present path.

When will we Prevail?

In the same way evangelical Christians wait patiently for the Rapture, so too, Conspiracy Believers wait for the big event that will open the door onto the inner workings of the evil global cabal.

We must never underestimate the power and might at the evil cabal's disposal. They've been working twice as hard as us in maintaining the status quo. They know the consequences of their actions and have pulled out all the stops to keep their evil secrets, secret from the public.

We can all remember the old Road Runner cartoons, in which Wile E. Coyote would run off the edge of a cliff, stand suspended in mid-air, look at the camera, gulp, and then plummet to his fate. Well, this is where I believe the evil cabal find themselves. 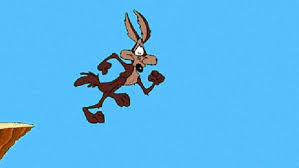 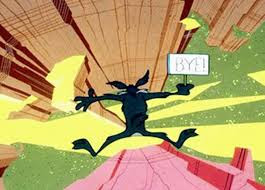 Their game is up, they are running on fumes. Too many people are aware of their crimes. The Rubicon has been crossed and there's no way back. Their fate has been sealed. They are suspended in mid-air and gulping at the camera. It’s inevitable they'll plummet to their death any second.

I can only guess at the event which finally hammers the nail into their coffin. Perhaps the evangelical Christians are right and the Rapture divides humanity divides the righteous from the wrong?

Maybe a high level whistle-blower sees the light and releases incriminating evidence of such explosive nature, that even the most brain-dead and brainwashed cannot dispute what they are seeing with their eyes.

We must all prepare ourselves for riots on the streets, open disorder in our institutions and hostile anger from the nation's pacifists.

The nation will be marching on-mass to both 10 Downing Street and Buckingham Palace, with hang-man nooses in their clutches. Nothing will be the same again. Their evil will be exposed for everyone to see and there will be nowhere to hide, except their underground bunkers, with their oxygenated air and their one hundred years of supplies.

A brave new world will come into view. War poverty and child-abuse will fade into memory. Humanity will be free from the shackles of their evil over-lords and the world will learn to love again.

It’s only a matter of time. Maybe the CIA disclosure of 13 million documents of a declassified nature relating to UFO's and mind control programmes is the beginning of the end.

Maybe the 50th anniversary of JFK's assassination will be the catalyst to changing the public's perception and attitude to 'Conspiracy theories?' After-all, we know from CIA documents that the term 'Conspiracy Theorist' was first termed by the agency to quell any intelligent discussion about what happened that day.

Whether it happens today, tomorrow, next week, next month, next year of within the next decade; it’s going to happen.

So in answer to the question 'When will we prevail?' my answer is that 'we’ve already prevailed.'

Posted by Guerrilla Democracy News at 13:33