DAILY STAR EXCLUSIVE: An elite unit of around 20 SAS soldiers is being trained to tackle a range of 'alternative threats' - including the possibility of contact with extra-terrestrials. 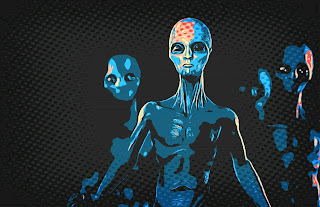 The SAS have got ET in their sights, the Daily Star Sunday can reveal.

A special projects unit of around 20 troopers is ready to tackle “alternative threats’’.

The elite soldiers are trained to use non-lethal weapons against a variety of potential threats – including aliens.

A source told us: “ The SAS has to be prepared for anything, and any threat.

“That includes everything from terrorists to human bio-weapons where someone has been deliberately infected with a deadly bug, all the way through to an alien life form.

“I know it sounds bonkers but the SAS train for capture missions for every threat.

“They can use a range of non-lethal weapons, one of which involves spraying foam which covers a target and hardens rapidly, preventing them from moving.” 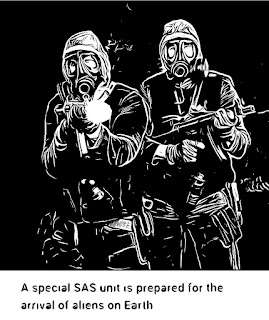 Troops are understood to have trained alongside US special forces in America.

Our source added: “ Most people believe that life on other planets exists. Even Einstein in 1920 said, ‘Why should Earth be the only planet supporting human life?’

“If you believe in that then you must accept that alien life may present a threat, so you need to plan for it.

“No-one wants to talk about it publicly because it sounds crazy, but it makes sense.”

He once said: “If aliens visit us, the outcome would be much as when Columbus landed in America, which didn’t turn out well for the Native Americans.”

In 2018 it emerged that British defence experts had spent 50 years trying to catch a UFO so they could use the technology to build new super weapons.

Declassified files showed that the Government feared China or the Soviet Union had impounded a UFO and were using its secrets to develop super-fast warplanes.

Posted by Guerrilla Democracy News at 15:51