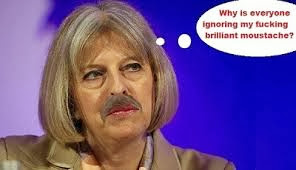 Read on if you dare! 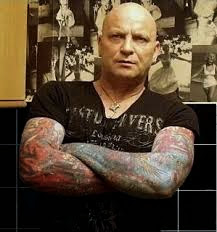 Unrepentant on his conviction of Harassment in 2015 against the family of murder Lee Rigby and with a readership reaching into its millions, Spivey understands that such a bold claim is hard for the vast majority of readers to get their head around, but maintains his belief that it’s the truth.


In a world of fake news Spivey appears to be propelling the concept of fake news, into a new and unexplored stratosphere.


As he writes in his latest article, ‘Stupid Is As Stupid Does’;


“Now, whilst you would think that it would be impossible to fake a whole life, it is in fact much easier than you would imagine, especially when the whole world believes the lie… Yet like Diana, the un-elected Prime-Mincer, Terry May is nothing more than a series of photoshopped images and a hand full of actors who vaguely resemble the public’s perception of what Un-El-Tel looks like.”


Is it really possible that secret government department uses various actors and actresses to play the public figures which the public adore, praise and vote for?


Spivey believes so; as does millions of others in the sub-culture we have come to call the Truth Movement;


“So let me tell you again. Teresa May does not exist. He/She doesn’t need to because he/she is like all of our politicians i.e surplus to requirements. I mean they certainly don’t do any work. In fact try writing to your politician to ask for help with a problem and all you will get in return is a reply from a minion.


Indeed our MP’s are nothing more than front men put in place to mask the biggest [on-going] fraud by far to have ever taken place in this country… And indeed all other countries are the same.”


Using facial comparison software and over-laying facial profiles with others, Spivey even goes as far to claim one such actor playing the role of Theresa May is none other than the son of the nation’s most famous female Prime Minister Margaret Thatcher.


“Now as I say, May is played by at least 4 different people and at least one of them is a man… Probably and quite ironically, Mark Thatcher.”

According to Spivey, even May’s husband, Philip, is happy to explore his feminine side.

And then again; May’s arch enemy George Osborne is also in the frame.

Whether Spivey is a deluded fantasist or an unsung hero; Theresa May is under fire from literally every corner of society.


With evident intelligence and backed up with enough circumstantial evidence to fill a series of books, Spivey is blazing a trail where other conspiracy theorists daren’t to follow.


Promising to publish his book “A Bridge Too Far” – exposing the hoax, Spivey is the talk of the Truth Movement, loved by millions and hated by just as many. Fated to be the most famous man in the world if ever his surreal theories are ever proved to be true; he’s currently destined to be just another conspiracy theorist plying his trade and walking in the footsteps of David Icke, and Alex Jones.


Check out Spivey’s work at www.chrisspivey.org, if you dare; but be sure that you’ll never view the world and society ever the same again.

Posted by Guerrilla Democracy News at 03:43