FACT (1)
TEAM SETCHFIELD SENT EMAIL TO THE CONSERVATIVE MP MRS ANDREA LEADSOM TODAY, MONDAY 11THJULY 2016, AT 10.25AM. THE EMAIL WAS WITH THE SUBJECT HEADING “FRAUD AND DECEPTION” AND HIGHLIGHTING THE PROVERBIAL WALL OF SILENCE RECEIVED FROM, AND, WITH REFERENCE TO THE RT HON MRS THERESA MAY, AND, HER PA MS JENNY SHARKEY.
FACT (2)
IT WAS REPORTED THAT MRS ANDREA LEADSOM STOOD HERSELF DOWN WITH IMMEDIATE EFFECT AND IN BLIND PANIC FROM RUNNING AS A CANDIDATE FOR THE POSITION OF THE UK’S NEW PRIME MINISTER WITHIN (1) HOUR OF RECEIVEING THE EMAIL FROM TEAM SETCHFIELD.
FACT (3)
IT IS NOW THE CASE THAT THE CONSERVATIVE PARTY ARE NOW IN SERIOUS ROUND TABLE DISSCUSSIONS IN THE CABINET AT DOWNING STREET, WITH THE PARTICULAR REFERENCE TO THE ANDREA LEADSOM/TEAM SETCHFIELD EXPOSURE.
FACT (4)
IT IS THE CASE, THAT AFTER THE ANDY PEACHER RADIO SHOW OF THURSDAY 7TH JULY 2016, AT 19.00PM, IN WHICH, MR SETCHFIELD REVEALED TO THE LISENING AUDIENCE ON AIR THE REAL TRUE FACTS WITH REFERENCE TO MANY OF THE WORLDS PROBLEMS, IT HAS NOW COME TO LIGHT, THAT BECAUSE OF THE REVELATIONS REVEALED BY MR SETCHFIELD DURING THAT PARTICULAR RADIO SHOW, IT IS MORE THAN CLEAR THAT IT HAS CAUSED SERIOUS CONCERN TO THE UK PARLIAMENT AND EMBROILED THEM INTO A POSITION OF STALEMATE, WHICH WAS THEN FOLLOWED UP BY THE MOST SERIOUS EMAIL SENT TO MRS ANDREA LEADSOM WITH REFERENCE TO THE MOST SERIOUS CRIMINALITY THAT HAS EVER BEEN EXPOSED IN THE UK AND CRIMINALILITY THAT WAS ADMINISTERED AND THEN CARRIED OUT BY THE MOST VULGAR AND VILE “ORGANISED GANG OF CRIMINALS.
FACT (5)
WE FEEL IT IS IMPERATIVE TO ADVISE THE POWERS TO BE IN ABSOLUTELY NO UNCERTAIN TERMS WHATSOEVER, THAT MR SETCHFIELD IS NOW READY AND IN A POSITION TO STEP UP TO THE PLATE WITH HIS TEAM, TO RENEGOTIATE OUR SOCIAL CONTRACT WITH THESE PEOPLE, IN ORDER TO SET THE PATH FOR A FAIRER SYSTEM FOR THE CITIZENS AND TO BRING ABOUT TRUE VALUE, PURPOSE, FREEDOM AND OF COURSE, WELL-BEING FOR EVERYONE.
YOURS SINCERELY
TEAM SETCHFIELD. 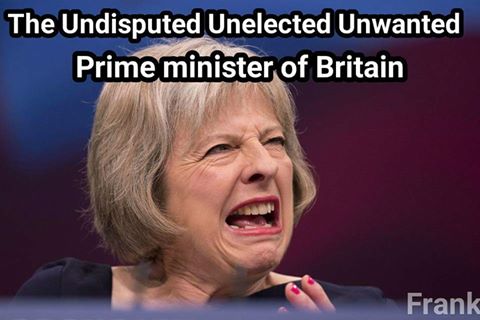 Ms Laura Kuenssberg
BBC London.
Dear Laura.
We have been watching with much interest the sudden departure of Mrs Andrea Leadsom from the leadership race to be the PM of the UK.
We have to say that the announcement that she had made earlier today that she was standing aside, was as predicted by our team prior to her running away from the leadership contest. We did however note, that as she had finished her speech that you jumped straight in and asked the most vital but obvious question of her, which was, why are you really standing down, which was met with silence and absolutely no response whatsoever.
Laura, we can answer the vital but obvious question for you and all at the BBC, it is because we had sent an email to Mrs Andrea Leadsom at 10.25am of todays date, which was within (1) hour of her stepping aside. It is the case quite clearly, that had she stood her ground and remained strong to reveal the truth and the real reason of what had brought about the most damaging set-of circumstances that had been presented to her within our very important and serious email, then the most horrendous situation would have arisen where the RT HON Theresa May would have had no other option other than to have conceded the contest and stood herself down with immediate effect and in disgrace.
We have for your convenience and for the convenience of the BBC, and, also for the very convenience of every single citizen within the Uk, listed below the very email that had brought about the most sudden departure of Mrs Leadsom. The email listed below also contains the email timeline of events that the RT HON Theresa May is more than fully aware of, and, the very serious and dangerous set-of circumstances that have been repeatedly reported to Mrs May by Mr Setchfield and Team Setchfield.
We would ask if you would please be kind enough to acknowledge receipt of this email by return, and, to also advise us on what you feel is needed to open up the entire matter that the entire Conservative Government has allowed themselves to become embroiled in.
We look forward to hearing from you, thank you.
Yours sincerely
Team Setchfield.

Posted by Guerrilla Democracy News at 13:28