ITS OVER FOR QUEEN & COUNTRY.

That’s it folks! The inevitable has happened and the Queen and Country are no more.

Having wriggled out of her imminent arrest for crimes against Humanity, Elizabeth Windsor is now desperately scrapping the barrel for excuses and has come up with the last ditch attempt of faking Alzheimer’s Disease to evade justice.

Reported in the mainstream press of the Daily Mirror, Daily Mail newspapers and the Globe Magazine, staff are on high alert keeping an eye for the ailing Queen and keeping everything under wraps about her rumoured mental problem.

Rumoured not to remember anything, it’s said she:

While Palace officials are keen to maintain continuality in these times of transition by assuring the public her son Charles and grandson William are both pulling their weight, the alarming truth is that events behind the scenes have made it very unlikely that either Prince Charles or Prince William will ever be king.

With everything in place, the Queen has nowhere to run or hide.

“We are SPLITTING this amount of £970 Million Trillion Trillion POUND NOTES among the members in those 250 Countries equally in smaller amounts of £1 Trillion each country just to fund them all.”

Claiming Queen Elizabeth has abandoned Britain UK for the European Union Parliament, John Wanoa is using his birth-right as the surrogate King of England under the authority of the last great King of England William IV, to make amends and set the world back on track.

A RACE AGAINST TIME.

John Wanoa is acutely aware of the machinations grinding away in the background away from public view and scrutiny.

“I think its crucial to Proclaim King of England Title before Prince William has a chance to get that Title and remember my "ROGAN" Surname Family is my ENGLISH Bloodline to Live there as a CITIZEN as soon as I declare the LAND RETURNS by DEFAULT to KING WILLIAM IV at Devonport and again at WESTMINSTER GROUNDS outside or inside,” he said during a Facebook conversation.

John’s fears have been confirmed with the latest news coming from the mainstream news, telling us that Prince William understands the threat against him and wants to become King as soon as possible, even if it means sacrificing his father to do so.

Published by the Globe magazine we learn that not only is Queen Elizabeth on her death bed, but Prince William has informed the dying Queen that he does want to become the next King of England, having previously told her he didn’t want it.

It would seem the power struggle between father and son is about to intensify to new heights of hostility.

A NEW NAME MAKES A CLAIM.

With the reappearance of Greg Hallett on the alternative media scene, John Wanoa has new competition for the British Throne.

“I am the daughter of the last lawful King, Edward, whose reign was truncated by deceit and betrayal. God will determine the next monarch, not Populism. With kindest regards, Emily Windsor-Cragg.”

Following in the footsteps of Kevin Annett and the International Tribunal into Crimes of Church and State, (ITCCS) John Wanoa has used the legal public arena of Facebook to make allegations against Queen Elizabeth, allegations which the Queen has failed to answer and in doing so has indicated herself in serious crimes against humanity by remaining silent.


King Wanoa knows that only a monarch can sack a monarch. Hence with royal blood pumping through his veins, and the Crown Seal Sovereign title defaulted back to King William IV behind him, John has proclaimed himself as the SURROGATE KING OF ENGLAND MONARCH SOVEREIGN. 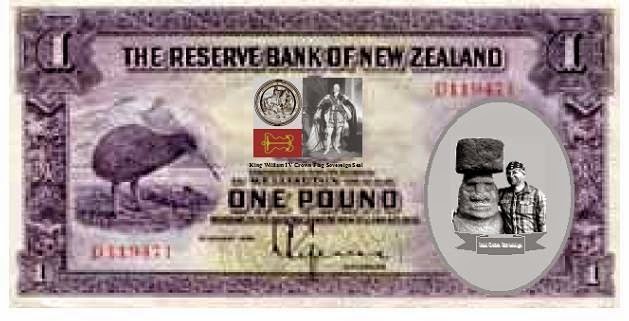 “Dirty stinking fucking bitch of a white man. Moai natives boot them out back to Europe and . England EU and hang the fucking lot of them bastards, doing this on our lands. John Key (New Zealand PM) first to hang under King William IV law and Prince William will hang as well with his fucking Grandmother fucking poisoned mongrels. Moai and the people hang them on site on the land they can’t prove they own one shot!”

STRONG WORDS INDEED FROM AN ANGRY AND VENGEFUL KING.

“The Queen of England abandoned Britain UK for the European Union Parliament as a foreigner with no interest in soil land title. The Crown Seal Sovereign title defaulted back to King William IV surrogate king of England monarch sovereign government on his estate land at Devonport as the claim to the estate property kings royal revenue of the Queen Victoria trust and all what the queen has stolen is salvaged back from those named criminals and commonwealth countries bank of England HM  treasury and countries she say she owns now belongs to King William IV surrogate king of England. New Zealand land title of 61 Cook Street is Moai crown title as a result of fraud Queen above the judges head in the New Zealand courts and police, lawyers parliaments in the Commonwealth and her corporations are all now part of this debt instrument fixed in the high court of admiralty in London and Devonport King William IV High Court of Admiralty Court marshal creditors surrogate King live breathing ruler!”

With the recent guilty verdict against Ray Teret, a close friend of Jimmy Savile in the news this week, the inference is being made that anyone who was friends with the ’s most prolific child-abuser, necrophiliac and paedophile, would themselves be painted with the same brush.

Let’s remind ourselves of Jimmy Savile’s most famous friendships:

John Wanoa is more aware than anyone of the Crimes perpetrated against the World by the royal family and the other 300 European royal families and banking dynasties.

By setting up his own court John Wanoa can use Moai Sheriffs Marshals operating as LEVY DEBTOR AGENTS of the "Kings Royal Revenue Collection House" in Devonport . These online Cases are transferred to any Court in Britain UK and MOAI WORLD COURTS in 250 Countries on the website http://www.moaipowerhouse.com/#!member-states/coqy

THE REVOLUTION IS NOW.

Answer: King William IV no one else!

As John Wanoa explains, “The New Zealand government has the biggest problem to identify who they really are and where they get their sovereignty from since the Queen is no longer legitimate but still hanging above the Judges head as their authority when there is none. So the ignorant 4.5 million citizens people do not realize that they are now legally levy debtors of MOAI CROWN KING WILLIAM IV MONARCH SOVEREIGN SURROGATE KING OF ENGLAND by default of the Queen of England departure from the soil land of England to the soil land of Brussels and European union parliament now the Lisbon Treaty 1 November 2014 stripped away UK Westminster parliament power by legislating 43 conditions and sanctions in their EU law.

Now this Moai pound note certificate has bill levy debtor of the "Crown" corporation church and state and governments private corporations and the Queens 300 plus royal families, the Rothschild’s, the Federal States, the Churches, the Elite, the Commonwealth States, NATO, European Union Parliament government, World Bank, "Washington dc", "City of London", "Vatican city" private corporations the total amount of £970 million trillion trillion in one lump sum as a bank credit instrument against them as being 1 billion people out of 7 billion people making the 6 billion people the creditors of this note!” 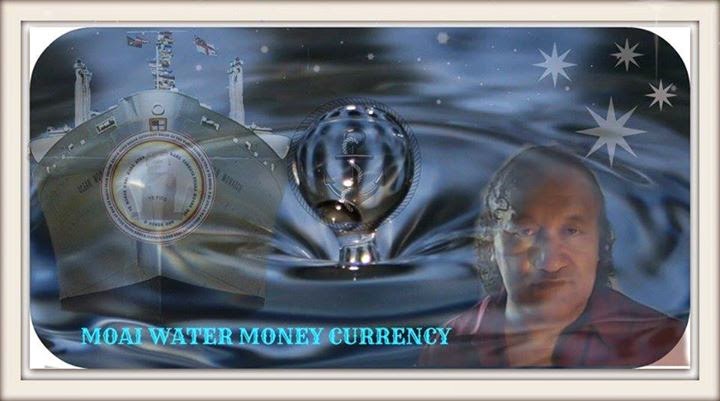 This is now the MOAI WATER MONEY CURRENCY in MOAI POUND NOTE VALUE per Litre of Kg UNIT set against Moai Tidal Turbine Energy converted from Hydraulic Sea Power into Electricity POWER UNITS end Product. Seawater is then Electrically split into Oxygen and Hydrogen Gas by this Electricity and then compressed into Liquid Hydrogen Jet Fuel and Solid Metal Hydrogen Rocket Fuel for space Flight and Submarines Bulk Energy Power Storage. Water as Bottled Drinking Water as a Product and as Filtered purified Household Community Supply Town City Water made from the Air using the Stored power Energy Electricity or Gas or Stored Water. The Share Value of the MOAI Water Currency increases the value of the MOAI Gold Currency and MOAI POUND NOTE Currencies further! https://www.facebook.com/photo.php?fbid=10204439301123862&set=a.1424671418076.2060191.1271482672&type=1&theater

To learn more about John Wanoa and what he means to you, follow him on his Facebook page: https://www.facebook.com/john.wanoa
Posted by Guerrilla Democracy News at 06:52